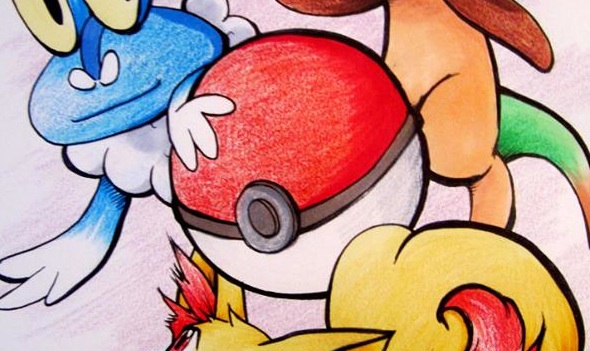 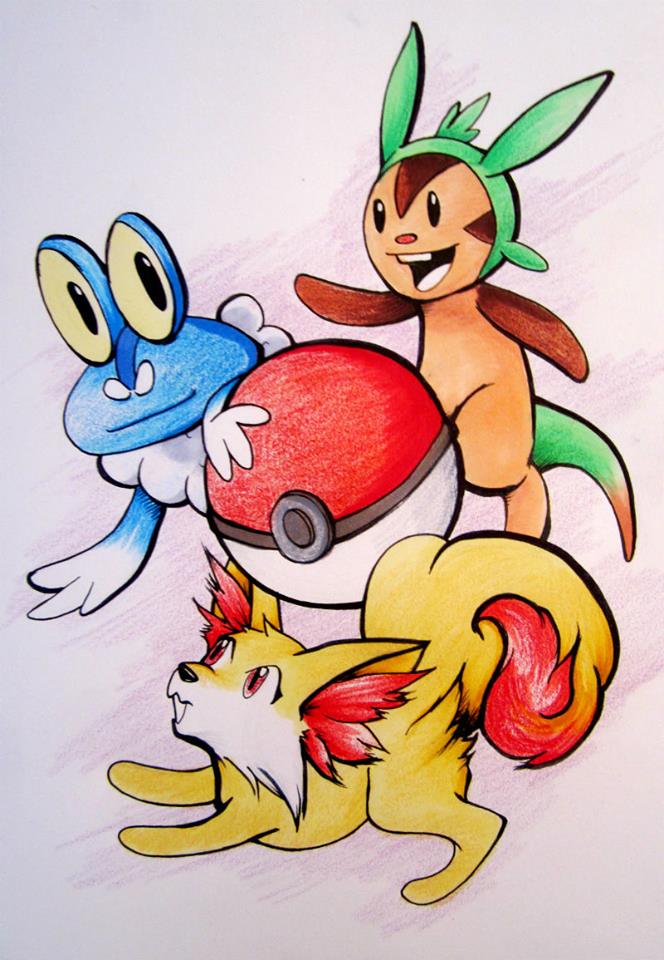 Waking up in your room knowing that today is the day you receive your first Pokemon is a great feeling indeed. An entire world awaits you out there. Strange and wonderful creatures from all over the world, a professor that may or may not deserve his degree since he is making a child do his research for him, and tough trainers wanting to test their mettle will all cross your path during your journey. POKEMON  X and Y  for the Nintendo 3DS offers a familiar adventure with many improvements that are sure to delight series veterans and newcomers alike.

The POKEMON games have gone through six generations now. During the first five generations (POKEMON RED and BLUE to POKEMON BLACK and WHITE) the visual improvements were small and infrequent. Each game looked fine but it did become frustrating that each generation there would be little difference visually from that of the previous one. Those days are over however because POKEMON X and Y bring the POKEMON series into 3D while bringing a great art direction with them.

It is undeniable once you start your adventure that these are some pretty POKEMON games. Character models all look nice and unique and environments are dramatically more detailed and interesting than in previous games. Once in battle more detailed character models appear and your character as well as the Pokemon look far better than they ever have before. It is a delight to find both new and old Pokemon to see what they unique animations will look like. This is by the far the best looking POKEMON game to date.

Visuals aren’t everything however and Game Freak knows that. Far from simply improving the visuals of the game, types have been rebalanced, a new Fairy type has been introduced to combat the previously overpowered Dragon type, and controls have been simplified and reworked quite a lot. Since this is the first POKEMON game for the 3DS, the Circle Pad is now the primary mode of movement. This is much better initially but right before the first Gym you will receive the roller skates. I don’t know who decided you shouldn’t be able to take the roller skates off but it was a bad decision. You will get used to them eventually but not being able to run around on foot without using the D-pad for movement is uncomfortable and rather strange. It doesn’t detract from the experience but was definitely an odd choice.

Battles play out in much the same way that they always have. You choose a Pokemon out of six to keep in your party (out of over 700 now!) and take turns duking it out with wild Pokemon or trainers. The battles are as fun as ever and there are more wild Pokemon available than I remember in the previous games. This allows you to really diversify your team and make one that truly suits you as a player.

An interesting addition to the battle system is the ability to have certain Pokemon Mega Evolve. This is explained through the story but essentially once a Pokemon is fully evolved it has the ability to evolve further, but only in battle, if holding a particular item. This raises its abilities and power dramatically and also makes it look way cooler. I enjoyed finding all of the Mega Evolutions I could and found them to be quite powerful. I do question this choice though as there isn’t really a reason to ever NOT make your Pokemon Mega Evolve. Perhaps it will be nerfed in a future release but as of now it makes no sense to ever use Charizard instead of Mega Charizard.

Story isn’t usually a strong part of the POKEMON experience but after BLACK and WHITE delivered a rather mature storyline dealing with the morality of capturing these creatures of near human intellect, it is understandable to wonder if X and Y will follow suit. Unfortunately X and Y don’t capture the magic that BLACK and WHITE had. This is a story following your journey across the Kalos region with your friends, you collecting Gym badges, and fighting the evil Team Flare before they can do, well, evil things. That is about as deep as Team Flare gets. They actually go to a Pokeball factory and attempt to steal all of the Pokeballs so they can catch all the Pokemon themselves. This is kind of disappointing but at the same time I don’t expect the story to be fantastic in these games. POKEMON is about the experience you make more than the one that is laid out for you.

The soundtrack in POKEMON X and Y is as good as any of the previous games. The noises that Pokemon make have been improved and Pikachu actually says “Pikachu!” now instead of the garbled noise that the others still do. I am particularly a huge fan of the Team Flare Battle Music as well as Professor Sycamore’s Theme. There are tons of great tracks in this game though so I definitely recommend looking up the soundtrack and giving it a listen.

All in all, POKEMON X and Y provide a fantastic experience that old pros will love seeing for all of the improvements and newcomers will find easier to jump into than ever before. The visuals are dramatically better than in previous games, the game has been rebalanced and made more convenient than ever, and, while there are some small missteps, the experience shines the entire way through. POKEMON X and Y provide an experience that 3DS owners can’t pass up.