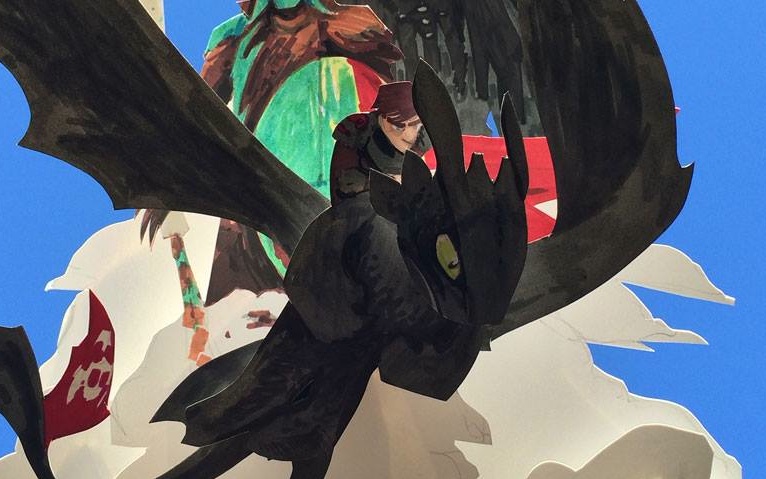 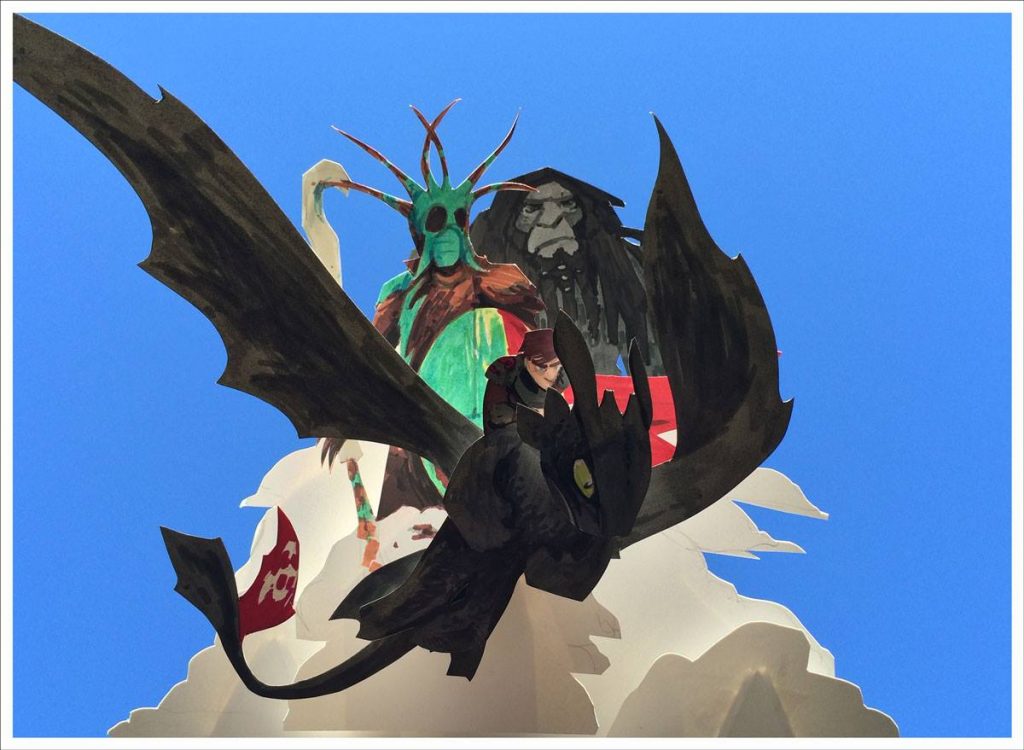 For many years, sequels to animated features were mainly direct to video and didn’t come anywhere near the magic of the originals. However, that all changed once Pixar entered the world of animated theatrical releases, and based on their success, Fox and Dreamworks decided to throw their hats into the animation ring as well, giving us a bevy of sequels that, if they don’t quite live up to the originals, are so damn close that they end up as treasured pieces of canon instead of lamentable cast offs that most would prefer had never been conceived. Dreamworks’ latest animated sequel, HOW TO TRAIN YOUR DRAGON 2, is not only a great sequel story wise, but also takes a big leap forward in terms of the quality of the animation.

Like the first film, the main focus is on Hiccup, who has grown into a young man with an eye for exploring. While out on an excursion to map more of the surrounding geography, he stumbles upon a group of dragon hunters who work for Drago Bludvist, a blood thirsty conqueror who is determined to bend all dragons to his will. When Hiccup’s father, Stoick, learns of this, he immediately puts the town of Berk on lockdown and intends to prepare for war, however, Hiccup takes off with a mind to try and reason with Drago. Long before Hiccup can reach Drago, he is intercepted by Valka, a mysterious dragon rider who will change everything for Hiccup, since she turns out to be his supposedly dead mother. Despite the joyous reunion, there is still a war brewing and Hiccup’s innocence and optimism will be sorely tested as he must challenge the cold-hearted and ruthless Drago in order to save the dragons from barbarous enslavement.

While the first HOW TO TRAIN YOUR DRAGON movie was very much about a boy trying to figure out his place in the adult world, the sequel focuses on the much more difficult task of figuring out who you really are and what you stand for. What’s so impressive is that this is a very mature, and universally human, struggle, yet it’s handled with so much warmth and care that it fits perfectly in this all ages film. This movie is a great example of how to tell a story that can appeal to all audiences, while many animated films still suffer the stigma of being viewed as simply geared toward children, films like this prove that you can tell a story in a fun, and even a bit goofy, way without alienating older audience members. The story didn’t feel quite as cohesive as the first one but, even if it’s not intentional, it actually works to the film’s advantage, because trying to find yourself, trying to figure out what family is to you, and learning what true responsibility is, are all difficult things that shouldn’t fit perfectly together, because they never will.

The animation and production took a great leap forward in HOW TO TRAIN YOUR DRAGON 2, and it was very noticeable from the outset. One of the most notable improvements was in the animation of hair, both facial and otherwise. In the first film it was rather clumpy and didn’t look like most of it could move independently of the group, but this time around it looked far more real and its movements seemed quite natural. The faces were another vastly improved feature of the animation, smaller flaws were incorporated that made the characters seem more real and human and less computer generated. Besides the increased detailing, the overall animation was beyond gorgeous; I was particularly a fan of how they portrayed the vast amounts of ice that were common throughout the film. What really made the visuals so fun for me was the large amount of homage being paid to other films. If you pay close attention, you can see visuals that are clearly inspired by AVATAR, THE LORD OF THE RINGS TRILOGY, and even STAR WARS, and spotting these little throwbacks made the movie more deeply visually satisfying and I can’t wait to see it again so I can try and spot more of them.

Dreamworks has had a long tradition of using prominent actors to voice their characters, and that continues in HOW TO TRAIN YOUR DRAGON 2. Jay Baruchel (ROBOCOP) returns as the voice of Hiccup, and I really like his performance. He adds a deeper level of warmth and curiosity to his voice that helps make Hiccup come alive as a character. The first new cast member is Cate Blanchett (THE MONUMENTS MEN) who provides the voice of Valka, Hiccup’s mother. She is wonderful in the role, giving us a perfect combination of loving mother and fierce warrior. Gerard Butler (OLYMPUS HAS FALLEN) reprises his role as Stoick, Hiccup’s father, and he is great in the role. Butler infuses Stoick with equal parts care, strength, and obliviousness that creates a character that is simultaneously humorous and respectable. Gobber is once again voiced by Craig Ferguson (BRAVE) and while it may seem a bit strange to have a Viking with a Scottish accent, it actually works well with Gobber’s bumbling personality and allows him to serve as loveable, yet level headed, comic relief. Retuning to fill the voice of Astrid is America Ferrera (END OF WATCH) and she is impressive. Ferrera does such a great job that, unlike the other characters, I completely forget that Astrid is voiced by someone and just accept that that’s her voice, which, in my opinion, should be the goal of any voice performance. Djimon Hounsou (BAGGAGE CLAIM) joins the cast as the villainous Drago, and he does a wonderful job with it. Hounsou brings a truly commanding, and beyond intimidating, voice to Drago, making him an exceedingly believable, and fearsome, antagonist. While those are the most prominent roles, don’t forget to listen for Jonah Hill (THE WOLF OF WALL STREET), Christopher Mintz-Plasse (KICK-ASS 2), Kristen Wiig (ANCHORMAN 2: THE LEGEND CONTINUES), and Kit Harington (TV’s GAME OF THRONES), all of whom have supporting roles in the film.

HOW TO TRAIN YOUR DRAGON 2 is a fun-filled animated feature that actually deals with a mature story but remains accessible to all ages. It boasts some fantastic animation, a bevy of talented voice actors, and a story that will keep you engrossed throughout the film. If you were a fan of the first film, like any members of the voice cast, or a just a fan of animated movies, then head on out to your local theatre and give it a watch, you’ll be glad you did.