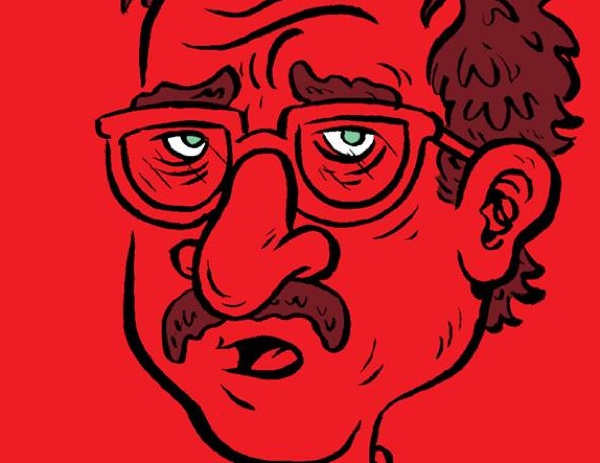 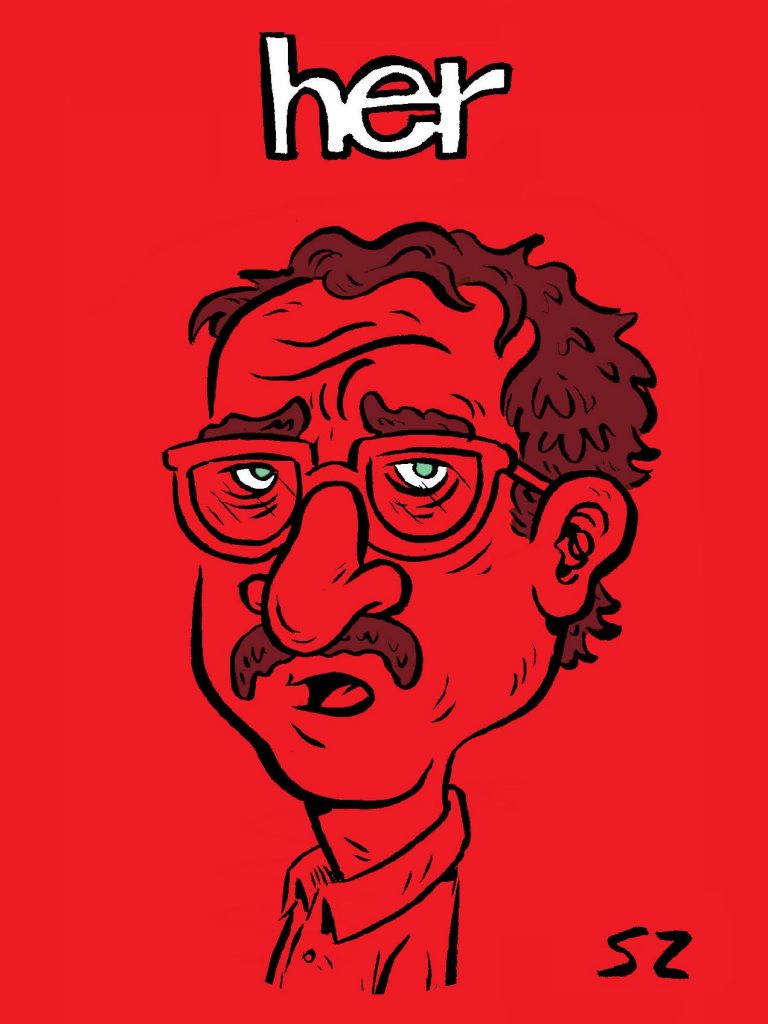 Its not often that director Spike Jonze (WHERE THE WILD THINGS ARE) makes a full length feature, as he spends far more time making shorts and documentaries, but whenever he does the results are magical, and this holds true for his latest offering: HER. The movie centers around Theodore Twombly, a writer for a website that sells computer generated hand written letters. Theodore is facing the precipice of divorce from his long time love Catherine, and, like so many people in his situation, he has withdrawn from most social interaction, only occasionally seeing longtime friends, and wallows in a personal pool of misery and escapism. Things start to turn around for Theodore when he decides to purchase the first artificially intelligent operating system. His new OS, who names herself Samantha, gradually manages to break down Theodore’s walls with her curiosity and enthusiasm for life and all the wonders thereof. Before long the relationship starts to become something more than platonic, and as Theodore becomes more involved and in love with Samantha, it forces him to question just what qualifies as love and relationships in a thoroughly digital age.

Story-wise, HER is one of the most intriguing narratives I’ve encountered in film in a long time. It takes place in the future, but one that is so close it could be here in the blink of an eye. Everyone is perpetually connected to their mobile devices, which are now merely extensions of their computers, through ear pieces that allow for constant back and forth verbal and auditory communication. Jonze uses this backdrop of extreme connectivity to examine the ways that people connect with one another, and more specifically the ways people connect digitally. In a world where so many relationships begin, and sometimes never move beyond, online, its not a big leap to imagine people getting involved with artificially intelligent personalities. The examination of these new relationships and how different people view them and come to terms with them gives us a curious look into the attitudes and prejudices people encounter anytime something that changes the norm of things arrives, but what moves HER out of the realm of interesting and into the realm of brilliance is that Jonze doesn’t limit his examination to merely the human side of things, but takes into account what an artificially intelligent OS would be feeling and dealing with as well. HER is a poignant examination of love and loss in an age where its easier than ever to connect, but where true personal connectivity is becoming a rarity.

Along with the wonderful story, HER also boasts exceptional directing. I love movies that really put you into the mind and mood of the protagonist, and Jonze does this brilliantly in his latest film. From extreme wide panning shots, to vivid juxtapositions, stylized environments, and emotional close ups, Jonze creates a tapestry that seamlessly ties the films visuals to Theodore’s emotional state. This inspired combination puts you right next to Theodore on his emotional ride and allows you to lose yourself in his life. One of my personal favorites are the wide shots over the city, they are gorgeous but also add to the feelings of isolation. The lighting in the film is also pretty spectacular. Many of the indoor locations have floor to ceiling windows, creating environments that radiate with natural light and have a very open feeling, as if everywhere is exposed to the world, but no one cares to look because they are all too busy being connected to their devices. All of these stunning visual accomplishments make HER just as indulgent for the eyes as it is for the mind.

While HER has a relatively small cast, as far as involved characters go, everyone gives great performances. Joaquin Phoenix (THE MASTER) delivers a wonderful performance as Theodore Twombly. Phoenix has a way of crawling inside the characters he plays and making you forget that they aren’t actually him, and he does this with Theodore, as every heart break and elation are so perfectly portrayed that its impossible not to empathize with him. I grow more impressed with Phoenix after every performance, and I hope he continues to deliver these high quality performances for years to come. Amy, Theodore’s closest friend, is played by Amy Adams (AMERICAN HUSTLE) and she delivers a refreshing performance. After seeing Adams play so many strong, dominating women, its nice to see her tackle a subtler role, she does a great job portraying Amy’s self assured vulnerability, giving us a character that is wonderfully human and relatable. Rooney Mara (THE GIRL WITH THE DRAGON TATTOO) plays Catherine, and while we don’t get a great narrative for the character, as most of her screen time is in non sequential flashbacks, when she does interact with Theodore in real time she gives a powerhouse performance of a woman who has had enough of her ex and clearly places all the blame on him. She is a fount of venom and anger barely contained in a wrapper of civility, and its delightful. The voice of Samantha is provided by Scarlett Johansson (DON JON) and despite the fact that we never see her, it is still a very powerful role. Love, anger, curiosity, and excitement are just a few of the emotions vividly conveyed by just her voice, and while she was brought on after filming wrapped to do the voice, it feels like there is real chemistry between her and Phoenix, which is impressive as they never actually interacted on set. The role of Paul is filled by Chris Pratt (TV’s PARKS AND RECREATION) and he delivers a strong character performance. Paul is portrayed as a man who takes life as it comes and doesn’t put stigmas on the world around him, and Pratt plays the part beautifully, giving the audience an affable buddy who anyone would love to have around. Olivia Wilde (RUSH) had a small role as a blind date Theodore was set up with, and I wanted to mention it because its such a funny, strange, desperate encounter that it really leaves an impression and I believe its due largely to her out and out portrayal of a woman so desperate to connect and the great lengths she’ll go to to try and achieve it.

HER is by far one of the best all around movies I have seen in a long time. Jonze combines a great script with amazing visuals and the actors give some of the most true to life performances I have ever seen. If you’ve any intention of seeing this movie, than I encourage you to go see it in theatres, because the overwhelming emotional impact of the visuals deserves the big screen.