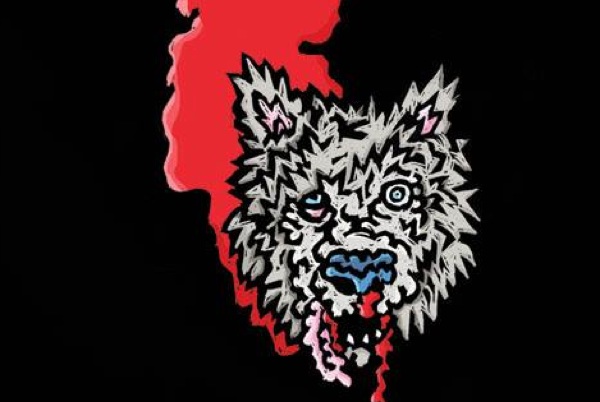 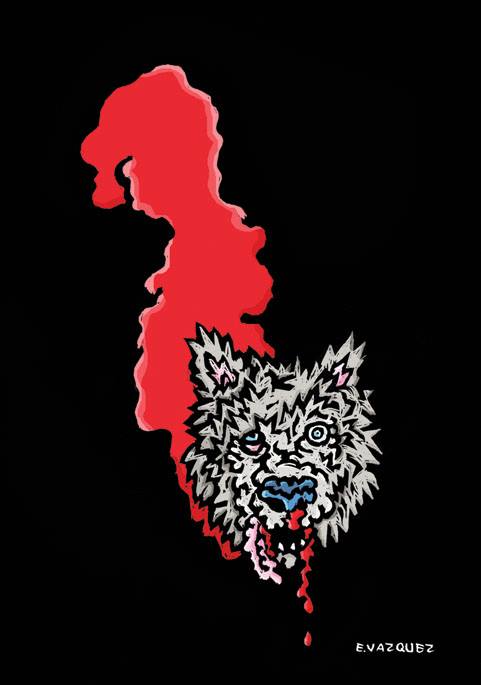 Be warned, spoilers are coming!!

Alright, confession time. I never read any of the “A Song of Ice and Fire” books by George R. R. Martin that HBO’s GAME OF THRONES is based upon. Sure I would like to, but I fear I am so deep and involved in this HBO series that I will likely wait until it ends to tackle those novels. So no, I will not be spending my time comparing and whining over all the minute differences between the two. You should count yourself lucky!

I will however explain to you that while Season 4 never has a single moment as terrifying and brutal as Season 3’s “The Red Wedding” (although we came close!), it does rank as my favorite overall season of the series. Something about it just hit a sweet spot with me and my enjoyment levels went through the roof. I’m guessing it was from the shift more towards the supernatural and fantasy elements this universe has to offer. It was agonizing waiting a full week in between episodes to see what happened next and how far the creators would go. I envy those that can avoid spoilers long enough to binge watch all the episodes in a row. That must be so fun!

Something I kind of love about this show is that it has no real deep plot other than seven noble families fighting over the throne of a mythical land called Westeros. That’s it! Done. This is by no means a bash on the show because what that simple plot does is open up the opportunity to tell a whole hell of a lot of individual character stories and adventures. Make no mistake, GAME OF THRONES is a soap opera. And a glorious one at that! Which leads me to the biggest headache reviewing a series like this; so many characters all with individual stories. Sure, I love them all (love to hate some), and I will try my best to cover the majority of what Season 4 was all about. Apologies in advance for not discussing some of the side characters.

The Lannister family has long been the series’ most consistent villain save for the family “imp” Tyrion (Peter Dinklage) who constantly struggles with his family. Season 4 is really a trial by fire for the little guy as he goes from royalty, to prisoner, to outcast. The return of his brother Jaime (Nikolaj Coster-Waldau) adds an interesting dynamic and the two often have nostalgic conversations revealing their unique upbringing together (a great conversation about squashing bugs comes to mind). And the classically abrupt death of King Joffrey (Jack Gleeson) early in the series (!) shifts the course of Tyrion’s life forever as he is found guilty for the crime he did not commit really magnetizing him and Jaime together in a joyous bromance. And as always, Cersei Lannister (Lena Headey) and Tywin Lannister (Charles Dance) deliver wonderful performances ranking them as my most hated (in a good way) characters. While Tywin received his long overdue demise during Tyrion’s epic prison escape, I’m still waiting for that she-bitch Cersei to bite the big one as I’m sure she will. And I will say the most shocking of moments this season was during the battle between Oberyn Martell (Pedro Pascal) who fights in Tyrion’s stead in mortal combat against Gregor “The Mountain” (Hafþór Júlíus Björnsson). I honestly yelped out loud at the brutality that resulted. Good TV!

Fan favorite (?) Jon Snow (Kit Harington) continues his story in Season 4 at “The Wall” where he defends against the wildlings and the foul beasts beyond. While I’m not really a fan of this story arc, I will say Season 4 brought the goods and delivered some epic Snow action and his story arc with his wildling love came to a close. He is accompanied by the various members of the grizzled “The Night’s Watch” and his trusty bumbling friend Samwell (John Bradley) who struggles learning about love with his crush Gilly (Hannah Murray). This “The Wall” story arc picked up a lot of speed this season and the epic episode 9 battle was a sight to behold. Did I mention Ice Giants! It was greatly appreciated to have at least one episode solely focused on one storyline and episode 9 stood on it’s own as a great piece of TV!

As the season unfolded, Daenerys (Emilia Clarke) continued to build her army, free slaves, and gain the respect of everyone in her path. I’m really waiting for this storyline to pay off and I’m ready to see what her army will do. One thing is for sure, it will likely change the landscape of this show forever. She has seemingly been doing the same thing for the past 3 seasons. At least her dragons are growing into adulthood and they look amazing on screen. HBO is obviously throwing a lot of money into this show as it gains popularity. And I will say, I was surprised to see her right hand Jorah (Iain Glen) tossed aside like food scraps after we learn he was a spy this whole time. I assumed he would be able to at least explain himself, but alas, he was tossed aside and now roams the land all alone. Wonder when he will pop up again?

As for the Starks. The poor, poor Starks. There are only a few left including Sansa Stark (Sophie Turner) who fled Lannister captivity after the death of Joffrey into the weird arms of Littlefinger (Aidan Gillen) who is planning something huge with his sneaky schemes. He is conning a lot of people and is thirsty for power like almost everyone else in this show. I think he’s one of the most dangerous characters to be honest. And while not a true Stark (just raised by), Theon Greyjoy (Alfie Allen) got a lot less screentime this season which was a good thing if you ask me. We saw way too much of his torture in Season 3, but I will admit it pays off this season and his storyline is finally getting interesting. Oh, and he is now referred to as “Reek” after being masterly manipulated by his captor Ramsey Snow/Bolton (Iwan Rheon) who is fast becoming one of my favorite characters. Such a screwed up story arc.

One of the youngest of the Starks, Bran (Isaac Hempstead Wright), continues his quest to find the three-eyed crow as he develops his supernatural power that allows him to see what other beasts see and temporarily takes control of their body. The moments where he is most desperate and takes control of the dullard Hodor (Kristian Nairm) remains some of the coolest moments season 4 has to offer. I really love following Bran and his company because they are really coming across some of the coolest supernatural elements the show has to offer. Those Skeleton warriors in the final episode where so damn cool and terrifying! Their journey ends with a few supernatural surprises and mysteries in the form of a group of magical children, and an old man infused with a tree! I simply can’t wait to see where Bran goes from here!

And last but certainly not least, there is Arya Stark (Maisie Williams) who continues her travels with The Hound (Rory McCann) in search of the remainder of her family. The Hound is easily my favorite character in this series and being paired up with Arya is a match made in heaven. Their constant bickering and hatred towards one another is coupled with an underlying respect and dependance that makes this one of the most dynamic relationship the series has to offer. And when their journey intersects with my second favorite character Brienne (Gwendoline Christie) accompanied by Podrick (Daniel Portman), there are devastating consequences. The stakes of the battle between The Hound and Brienne where so high for me since I adore each of those characters (a mistake in this series) and I was seriously a nervous mess. Again, epic TV.

As it stands, GAME OF THRONES season 4 was my favorite thus far. It really hit a sweet spot with me due to the fantastic story telling, exceptional characters, and all out action that featured a lot more fantasy and supernatural elements that I love. There were a lot of huge deaths all over this season, some unexpected character twists, and some insanely awesome creatures to marvel upon. The pacing was just right and never had I wanted the next episode to come sooner than in Season 4. Overall, this really was a pretty flawless season of an already epic and powerful HBO show.