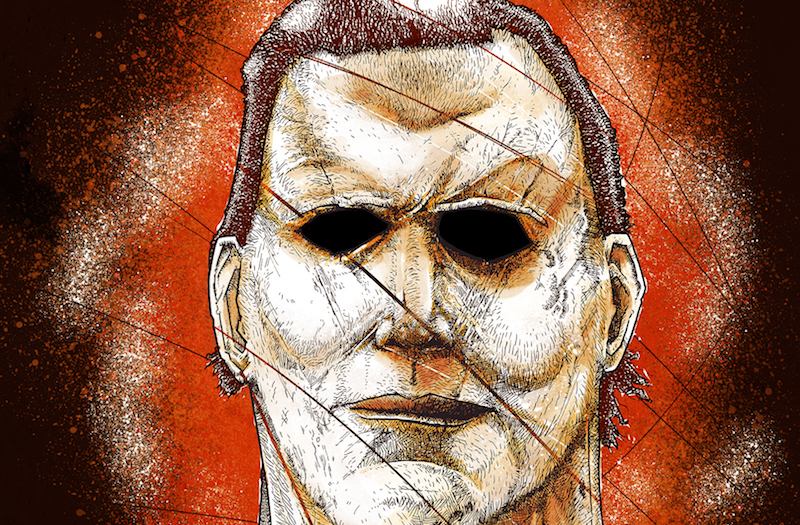 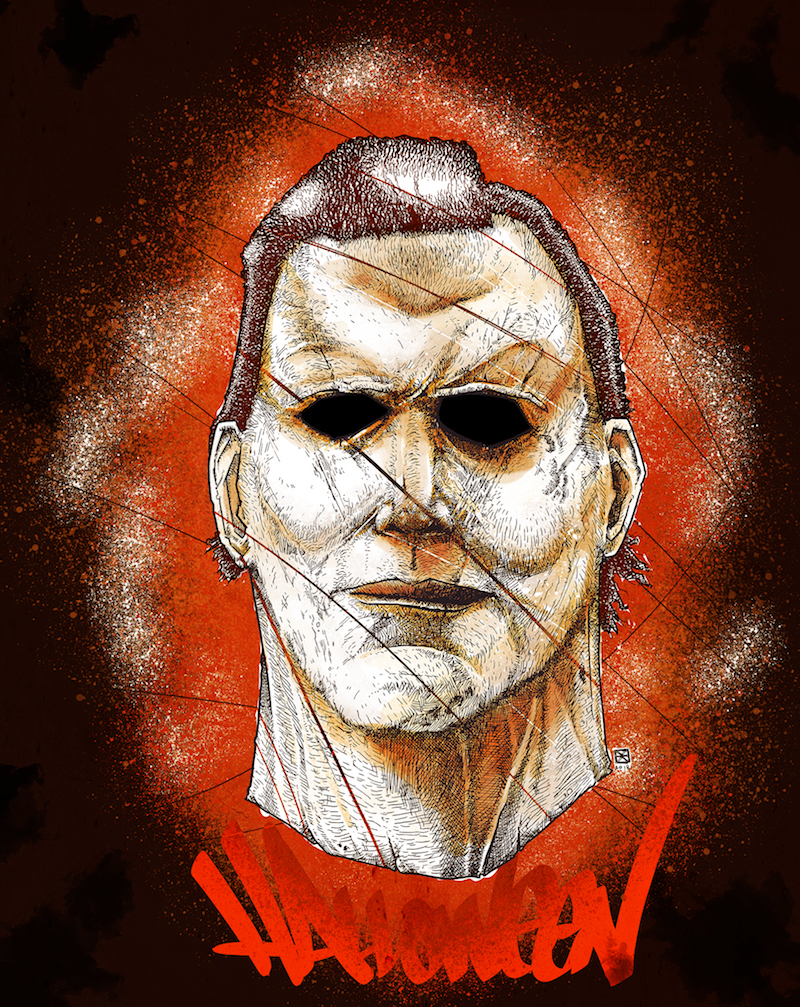 I remember being a kid thinking the most rebellious thing I could do was get my hands on a film like HALLOWEEN (1978) and watch it long after my parents went to sleep. Not to brag, but I’m kind of a bad boy.

The original HALLOWEEN is arguably one of the most influential horror films of all time defining what a slasher film is and doing one hell of a job scaring the shit out of me. It’s one of those films that just sticks with you, and creeps you the fuck out just thinking about it. Michael Myers is one bad dude, and there’s a reason he’s one of the most-seen costumes come October 31st.

Something I think a lot of people forget when thinking about huge horror franchises like HALLOWEEN, FRIDAY THE 13th, and TEXAS CHAINSAW MASSACRE is just how damn scary the original installments are. Each of the aforementioned franchises did a pretty great job throwing sequel after sequel at us until the franchise looked like a bad joke. And the HALLOWEEN franchise may be the best example of giving fans too much of a good thing muffling that initial feeling we all felt while watching the original.

Seven sequels (if you can even consider HALLOWEEN III: SEASON OF THE WITCH a sequel), and a Rob Zombie reboot consisting of 2 films amount to way too much HALLOWEEN. Like, a disgusting amount of HALLOWEEN. Fast forward 40 years later, and something magical has happened. Writer/Director David Gordon Green created a sequel to the 1978 original that pretends none of those sequels or reboots happened. HALLOWEEN (2018) is just a straight up sequel the the original. Brilliant.

The film takes place 40 years after the events of the original and once again stars Jamie Lee Curtis as Laurie Strode. At the end of the original HALLOWEEN, Michael got shot 6 times and fell off a balcony. His body soon disappeared and audience members breathed a collective “WTF” into the air. Early in this new film we learn Michael was brought into custody shortly after his fall, and has been spending the past 40 years locked up in an institution. Due to a series of unfortunate events (the opposite of the Lemony Snicket variety), Michael escapes and immediately B-lines it to Laurie to finish what he started. But this time, Laurie is ready…

There are a ton of peripheral characters bouncing around this film, but they’re just fodder for Michael. All that matters here is Curtis’ Laurie Strode and Michael Myers. And both deliver the goods. Laurie is a complex and dynamic character who’s never recovered from her 1978 trauma, but she damn sure turned into a badass. And raised a badass too. And Michael is as menacing as ever remaining as mysteriously stoic as ever not uttering a single word. He’s a scary dude here, and what makes him such a scary dude is I don’t really understand his motive. He’s just got it out for Laurie and won’t reveal why. That’s some scary and uncomfortable shit.

While I can’t say this is the scariest film I’ve ever seen, it sure as hell is entertaining. There’s a nice balance of drama and comedy here that really humanizes most characters, and any sense of levity is juxtaposed with a sense of dread. It’s a great balance that results in a pretty fun film. The pacing was spot on, and the action was exciting.

While I hope this new HALLOWEEN does well, I don’t want history to repeat itself and churn out more sequels. I’d be happy if this was the final HALLOWEEN just like that last RAMBO movie should have been the last. Too much of a good thing is a bad thing. We’ve learned this already.

HALLOWEEN is a must-see for fans of the franchise and fans of horror films alike. It’s a fun ride that breaths new life in a 40 year old franchise. That’s no easy feat. So do yourself a favor…watch the 1978 original, skip all the sequels and reboots, and then watch this.