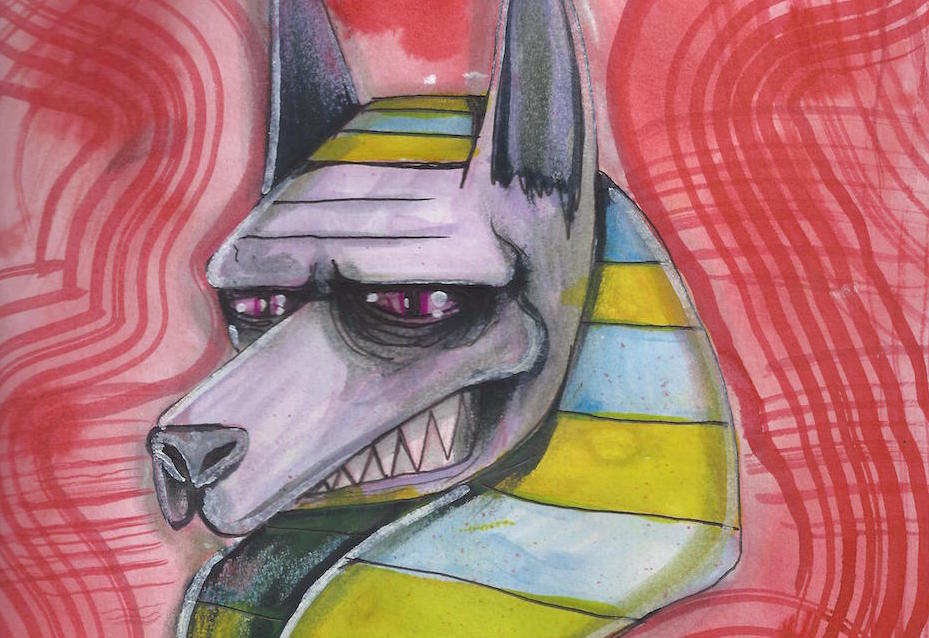 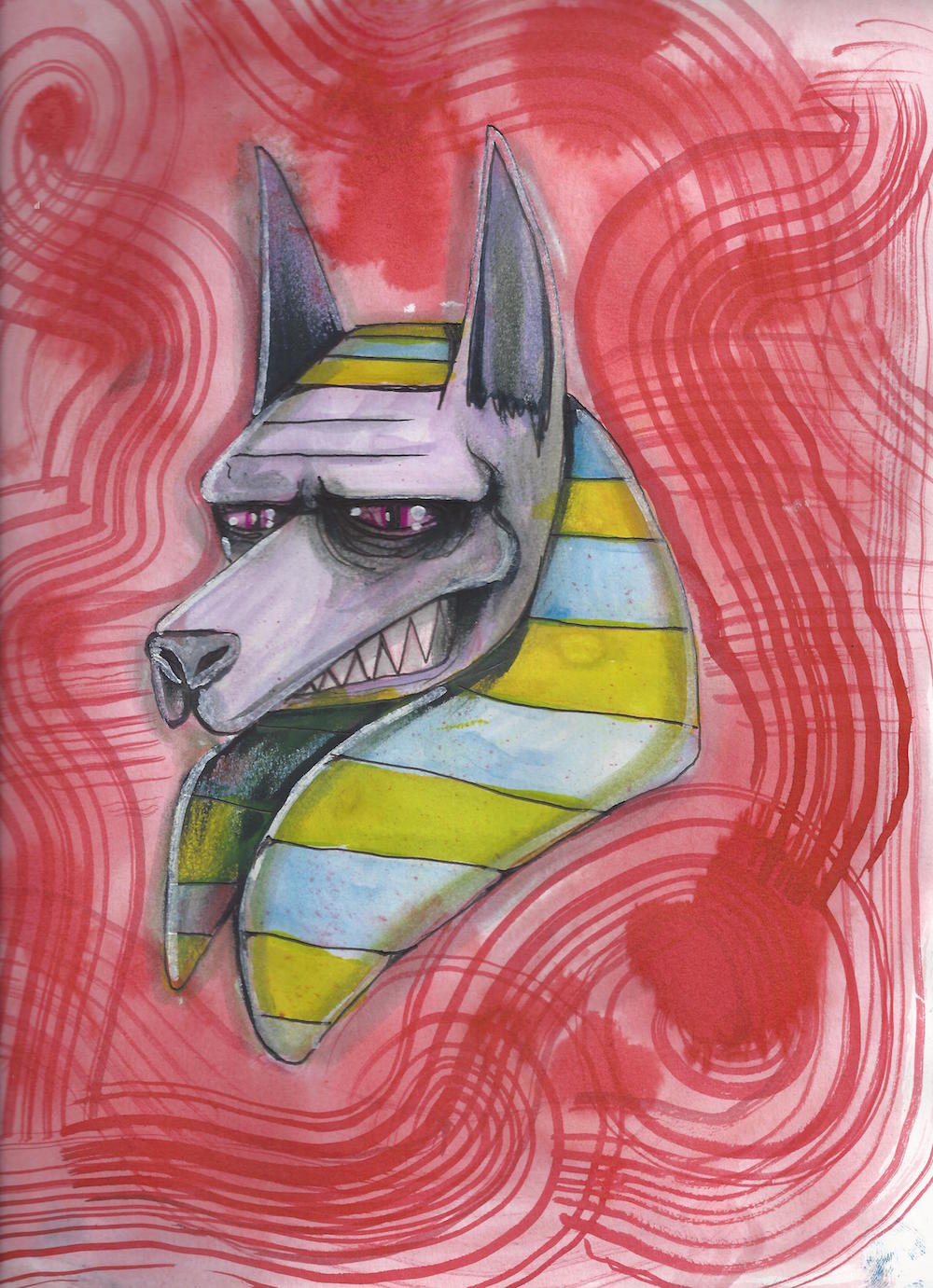 Director Alex Proyas (KNOWING) is best known for making dark sci-fi fantasy films, I, ROBOT and THE CROW being his most celebrated works, so it is more than a bit surprising to see him tackle a bright, big budget action adventure film like GODS OF EGYPT.  The movie focuses on Bek, a mortal who is trying to save his love from certain oblivion in the afterlife, and Horus, god of the air and rightful ruler of Egypt who was deposed by his Uncle, Set, who is bent on vengeance and retaking the throne.  Bek seeks Horus’ help in returning his love, Zaya, from the afterlife, and in exchange he offers to help him destroy Set’s main source of power, the red desert.  Horus agrees, albeit grudgingly and with a certain amount of deceit intended, because he considers himself above mortals and doesn’t feel beholden to agreements made with them.  The two set out on a journey that will take them to the house of Ra, ancient desert temples, the lair of Thoth, and beyond.  However, they’re not the only people making on a journey, as Set is waging a war against the other gods in order to shore up his power and secure his position as the most powerful of all the gods.

One thing that can be said for GODS OF EGYPT is that it is a beautiful film, even though nearly all the beauty is computer generated.  Proyas may not make films all that often, but there is no denying he knows his way around the back of a camera.  There are gorgeous sweeping aerial shots of a thriving metropolis constructed in the Egyptian style, fantastical creatures that look like they walked out of a mythology book, and even something akin to a spaceship that Ra dwells on as he continually battles to keep the world free from an immense destroyer.  In addition to the visual beauty, the camera work is more than competent and does a decent job of portraying the film’s frequent action sequences as well as the ever changing locations which are almost always introduced with breathtaking wide shots.

Unfortunately, the film’s redeeming qualities end at the visual spectrum, as the story is so incredibly muddled that it is almost infuriating.  The screenwriters are Matt Sazama and Burk Sharpless who have previously collaborated on THE LAST WITCH HUNTER and DRACULA UNTOLD, which is telling, as both those films had good concept but suffered in the details, much the same way GODS OF EGYPT does.  The motivation of the main antagonist, Set, is handled so poorly and changed so often that by the time the movie is half over it’s hard to care about what’s going on.  While Set is the biggest example, the film does an inferior job of providing motivations for many characters, not to mention an obscene lack of characterization that leaves us feeling unattached to almost everyone on screen.  Also, while the film got the names of the gods right, the overall mythology was poorly handled to the extent that it was baffling at times, it brings to mind a seaship built solely out of square Legos, we can understand the general shape and intention, but we all know it’s not right.  Given how poorly written Sazama’s and Sharpless’ films have been so far, it terrifies me that they currently working on the scripts for both Netflix and Disney, as I hold out no hope for their talents improving.

While there are certainly a some fun actors in the cast, the shortcomings of the script don’t leave them a great deal to work with.  Brenton Thwaites (MALEFICENT) plays the part of Bek, and he does a decent job with the role.  Bek is a thief who’s only regard is for the woman he loves, Thwaites plays this well, giving Bek an amusing boyish charm that makes him likable, but we never get to see a great deal of depth from the character.  Taking on the role of Horus is Nikolaj Coster-Waldau (TV’s GAME OF THRONES) and I found his performance mostly one dimensional.  Horus is on a journey of revenge and growth, but Nikolaj’s performance never comes off as anything more interesting than a self important god with a grievance, even when his lost lover reappears his emotional response doesn’t play as one of much significance.  I’m not sure if the shortcomings here are the fault of the actor, the director, or the writers, but regardless the performance as utterly forgettable.  Gerard Butler (HOW TO TRAIN YOUR DRAGON 2) did a decent job with the role of Set, giving the poor way his motivations were developed in the story.  Butler gives Set all the arrogance, violence, and ambition that one would expect in a power hungry god, and he uses these overbearing emotions continuously through the film, which helps to mask the muddled nature of Set’s motives.  Stepping into the role of Hathor, a goddess of love, is Elodie Yung (G.I. JOE: RETALIATION) and she gave one of the more interesting performances of the film.  Hathor saves Horus life by becoming Set’s mistress, but she never stops loving him, giving her a conflicted nature.  Yung does a solid job portraying this as she effortlessly switches back and forth from a caring, supporting partner to a tricky, smouldering temptress, giving us a performance of a love goddess that hits pretty close to the mark.

While GODS OF EGYPT is a beautiful looking movie, that is about where its merits end.  The story is muddled and poorly written, and the acting, while not altogether awful, suffers from the poor writing because they have too little to work with.  Unless you are just looking to waste some time looking at something pretty, I’d recommend waiting until this movie comes to Netfilx, or just skipping it.