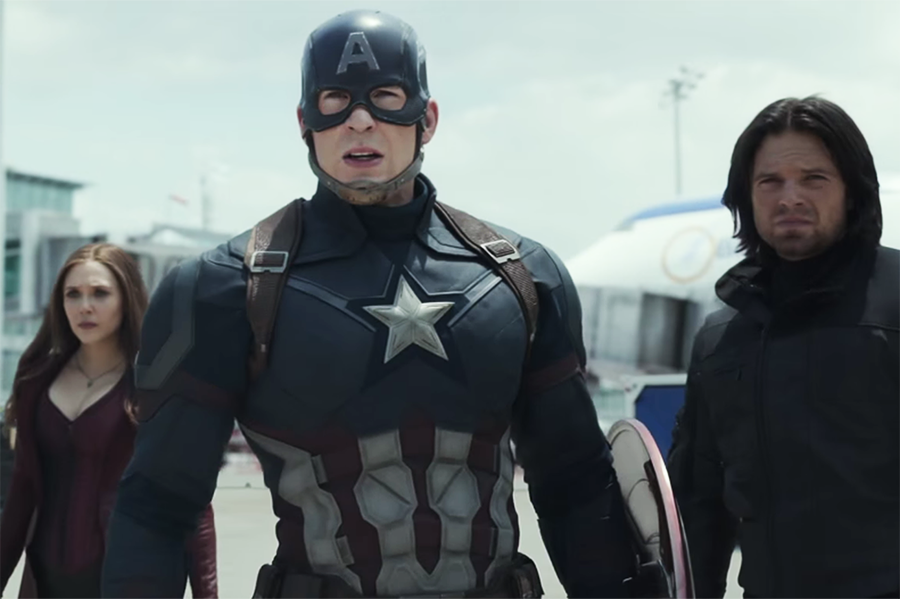 It’s funny how Ross didn’t show any scenes from the INCREDIBLE HULK.  Especially the part where his failed attempt at duplicating the super solider serum ended up creating a giant monster that broke Harlem in half.  What a ninny. HOLY SMOKES! Why am I trying to write cohesive sentences when I can actually see bits of my melted brain floating in my Krusty O’s?  Initiate Operation ‘Lazy Recap.’

Will they mention Inhumans?!  I mean, Fox News is talking about them.  Don’t mess this up MCU.
SECRET UNDERWATER BASE! Oh. It’s the Raft. Never mind.
Hey, Ross! Her brother died in Sokovia! Maybe don’t cram footage of it down her throat.
Why do I think that Tony is a Skrull?
Black Panther is BRUTAL.
Sad face for Scarlet Witch attacking Vision.
Okay. Who’s really manipulating Cap and Tony?
ANT MAN RIDING AN ARROW!  ANT MAN RIDING AN ARROW!
‘Underoos?’
Wait.  He’s not talking about…
This couldn’t be our first look at…
Oh. Never mind. It’s just an Alex Ross painting come to life.
*faints*

I knew Spider-Man was going to be in the movie. I have been mentally preparing for it.  I just wasn’t prepared to see Captain America get webbed by him and and and then that landing….It was perfect.  Also, he’s a kid! This badass holding the shield with the voice of a timid teenager.  ‘hey, everyone.’  Young Peter Parker has no business being wrapped up in all of this. That costume. Those eyes.  Marisa Tomei.