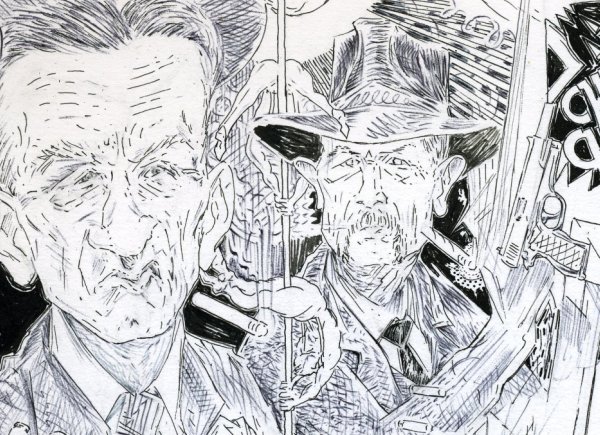 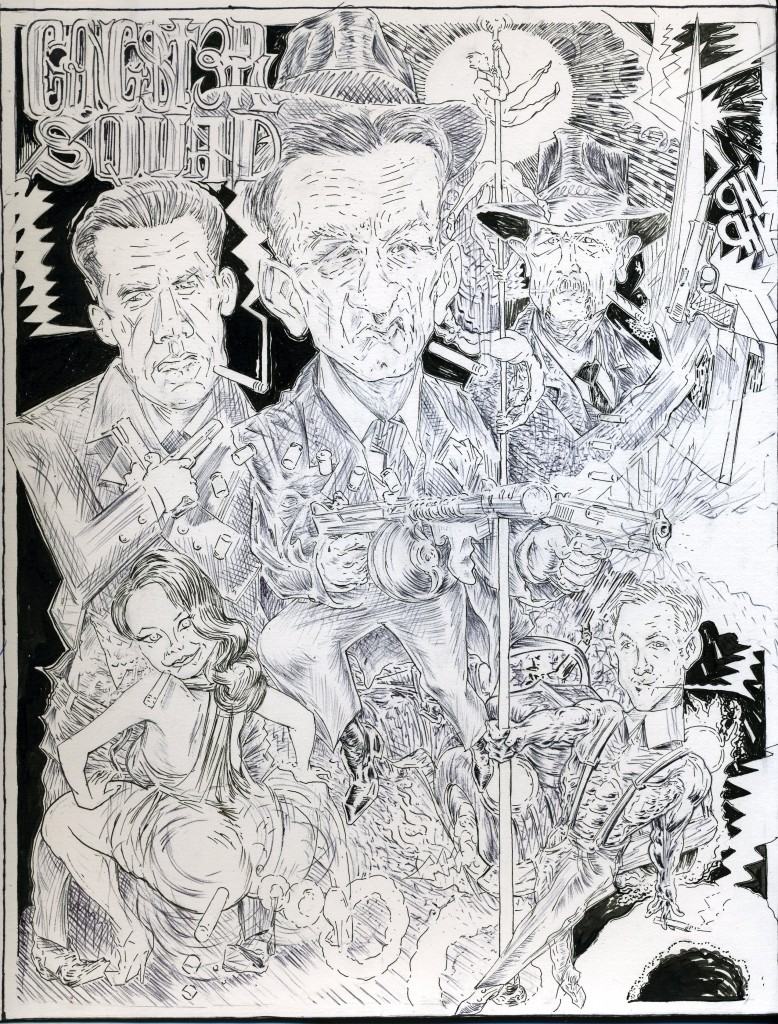 Back in 2009, an unknown TV director by the name of Ruben Fleischer made a splash at the box office with the cult favorite ZOMBIELAND; now Fleischer offers a wild romp of a different kind with GANGSTER SQUAD. The movie focuses on two LAPD Sergeants who team up and put an off the books police unit together to dismantle gangster Mickey Cohen’s criminal organization by any means necessary. This is no easy task as Cohen is a raging psychopath who has no intention of going down easy; couple that with the fact that one of the Sergeants is involved with Cohen’s current squeeze, and you’ve got a recipe for mayhem. The movie is really a mash up of a western and a gangster movie, but it works pretty well and the overall story is really fun. The movie features a diverse group of characters to keep you entertained, but most of them are one dimensional, which isn’t necessarily a bad thing for a movie like this, but I often found myself wishing they had done a little more with some of the more prominent supporting roles. While the fun story is one of the main highlights of the movie, it does have a few other things going for it.

It’s pretty obvious from watching GANGSTER SQUAD that Fleischer is trying to grow as a film maker. There is a great deal of interesting cinematography in the movie, most notable are a fight in a blackened holding cell in a police station and a shoot out in a hotel lobby. However, some of these effects come off as unpolished and jittery, making you more annoyed then interested at times. What does shine through in this film is the period look achieved through costume and set design, which is to be expected for a story that takes place in Los Angeles in 1949. The men are all running around in suits with hats and waistcoats or shoulder holsters, while the women are wearing dresses and occasionally swanky evening gowns. We get a smattering of interesting locations as well, classic night clubs, underground gambling and prostitution dens, swanky hotels, and a palatial estate. Add to this a bundle of classic cars and a terrific soundtrack, and you’ve got a passably good rendition of Los Angeles at the middle of the 20th century. Despite the look and soundtrack, there were occasional moments when I felt that the movie lost the authenticity a bit, usually when a particular line or encounter seemed to sound too modern and used phrases and form that just felt wrong for the time period. While it’s clear that Fleischer is pushing himself to become a better film maker, he isn’t quite there yet. However, he does have some talent and I hope that he continues to improve, after all, many great directors had quite humble offerings early in their careers (Sam Raimi and Peter Jackson come to mind) and later went on to make some fantastic movies. 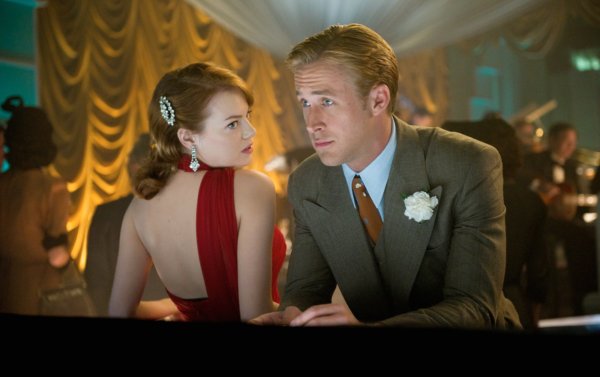 The fantastic cast really helps make GANGSTER SQUAD an enjoyable movie. Josh Brolin (NO COUNTRY FOR OLD MEN) is perfect as Sgt. John O’Mara. His gruff voice and hard features practically scream detective. Ryan Gosling (DRIVE) always seems to do a nice job in every movie he’s in, and this one is no exception. He plays Sgt. Jerry Wooters, a cop who’s not too sure what side of the corruption line he wants to stand on, and the accent he adopts really adds to the smooth talking, cool character persona. Emma Stone steps into the role of Grace Faraday, and really makes it sizzle. She is smoldering as the glamorous girl of Mickey Cohen who starts to play a dangerous game when she gets entangled with Sgt Wooters. The biggest surprise for me was Sean Penn (MILK). Most of you are probably wondering why he would be a surprise, and rightly so as he has had a long and celebrated career, and the reason for my surprise is that I think he is entirely overrated. Prior to GANGSTER SQUAD I haven’t seen a single performance by him that I thought was good, feeling that most of his performances were dialed in and lacked any real range. So, in this case, I am forced to eat my words, because while I still don’t feel he is an Oscar caliber actor, he did an amazing job as Mickey Cohen and I found myself really loving the character. While the leads did a nice job, I was really pleased with the supporting cast. Giovanni Ribisi is great as the subdued Officer Conway Keeler, the brainiac of the squad. Robert Patrick (TERMINATOR 2: JUDGMENT DAY) does a nice job as Officer Max Kennard, the gunslinger of the squad. Michael Peña (END OF WATCH) fills the role of Officer Navidad Ramirez, Kennard’s young apprentice. Anthony Mackie (ABRAHAM LINCOLN: VAMPIRE HUNTER) embodies Officer Coleman Harris, a street wise cop with a chip on his shoulder. Last but certainly not least is Nick Nolte, who tackles the role of Police Chief Parker, the man who sets Sgt. O’Mara loose on Mickey Cohen. All told this great group of actors helped to elevate the movie, while they may not have played the most in-depth characters, they really brought what was there to life and leave a memorable impression on the audience. 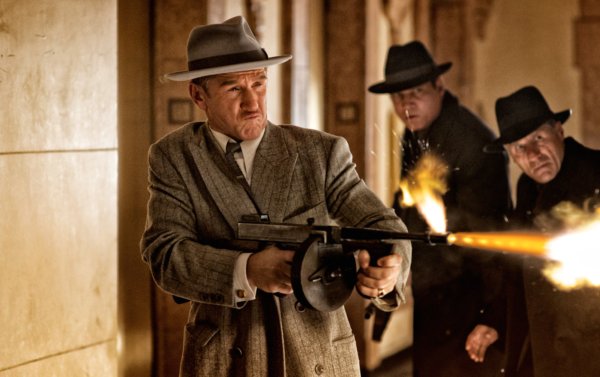 GANGSTER SQUAD may not be the one of the best mob/western movies out there, but it really is a lot of fun. While I don’t think the movie should have been released during the booming blockbuster period of Christmas time, I think it deserves better than the dumping ground that January usually turns into. If you are looking for a movie with some cool characters, a slew of good actors, plenty of action, and a little bit of romance, then head on down to your local theater and give it a peep. You might just be glad you did.