First SIN CITY: A DAME TO KILL FOR Trailer! 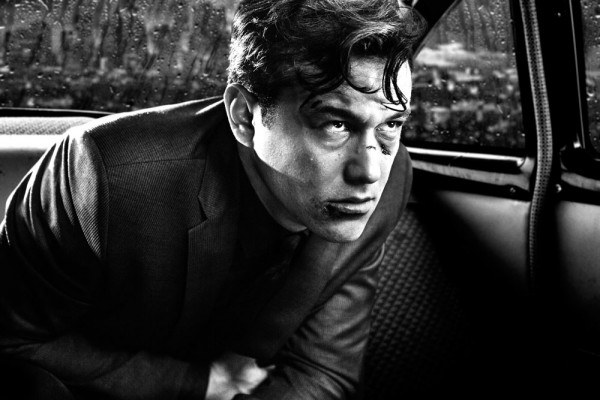 It’s been 9 years in the making with several starts and stops, but finally director Robert Rodriguez (MACHETE KILLS) and writer/director Frank Miller (THE SPIRIT) are bringing their beloved pulp-noir world of guns, guts and girls back to the big screen this summer with SIN CITY: A DAME TO KILL FOR!  The first official trailer for the film has been released and includes plenty of stylish shots, beautiful women, brutal action and familiar faces (along with a few fresh ones for characters both old and new). Check it out below:

The film will be comprised of four narratives: adaptations of Miller’s “A Dame to Kill For” and “Just Another Saturday Night” as well as two new original stories (“The Long Bad Night” and “The Fat Loss”).

SIN CITY: A DAME TO KILL FOR blasts into theaters August 22nd!