First Image of Grant Gustin as THE FLASH! 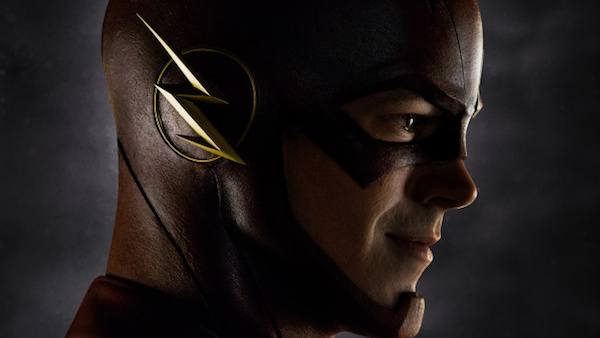 The CW has released their first image of Grant Gustin (GLEE) as Barry Allen in the famous costume (or, at least, mask) of the scarlet speedster The Flash for the new series titled…well…THE FLASH!  Gustin has played Barry in a couple of episodes of the second season of ARROW (the new take on fellow DC Comics hero Green Arrow) in which the origins of his powers were revealed.  Barry is set to fight crime at supersonic speeds in his hometown of Central City for his new spin-off series which is in production now.

I gotta say that I really dig this design.  The headpiece, while capturing the classic look, appears pretty solid.  It’s almost like a helmet for a racer (which I suppose would be most functional for someone who can break sound barriers).  I’m also liking the darker red as it is very much in line with ARROW’s color palette (both shows share the same costume designer Colleen Atwood).

The show continues to shape up with further cast members added to the roster such as Danielle Panabaker (SHARK), Jesse L. Martin (SMASH), Candice Patton (THE GAME) and Tom Cavanagh (SCRUBS).  Flash fans will also be pleased to hear that John Wesley Shipp, the actor who portrayed the Flash in the 1990-91 TV show, will be guest-starring in an as-of-yet unspecified role.

If you’ve been enjoying everything that the ARROW-verse has offered up so far, hopefully THE FLASH will be a welcome addition to the CW family.

What are your thoughts on this new TV version of the Flash so far?  Sound off below!