FANTASTIC BEASTS AND WHERE TO FIND THEM Movie Review 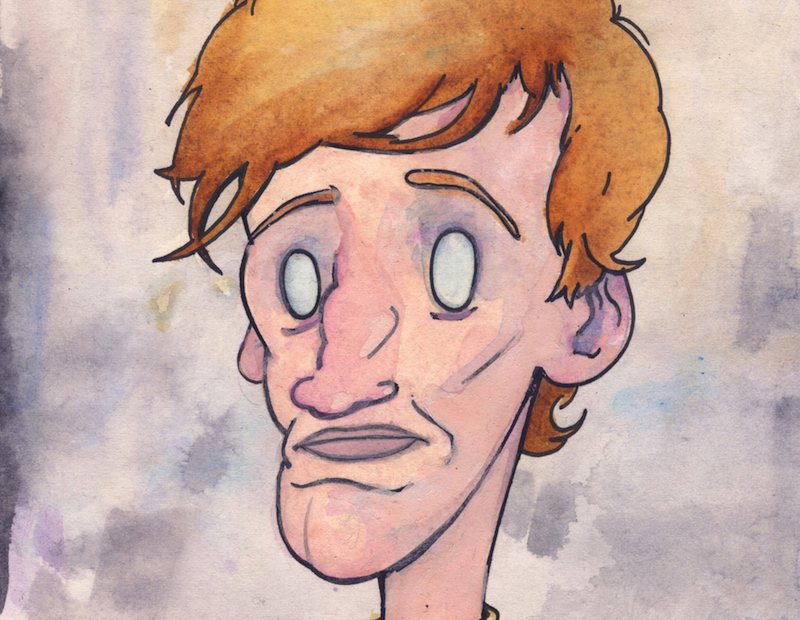 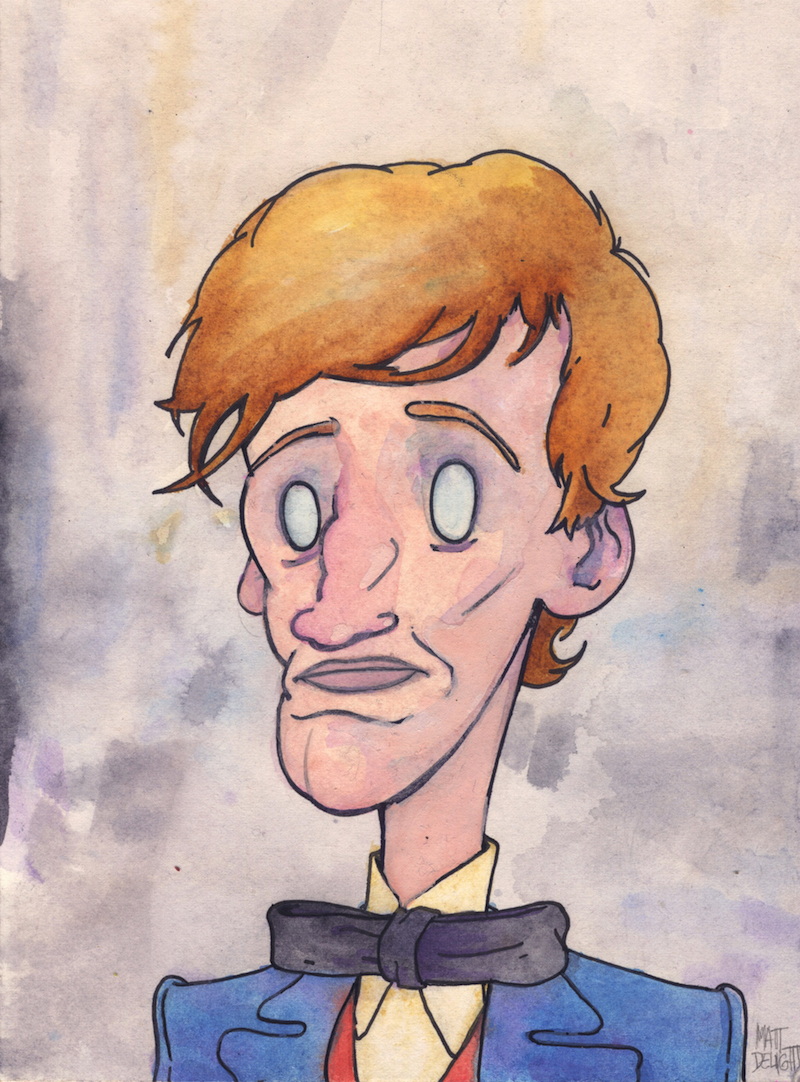 It is rare that a movie comes along in an established universe and has a deep and worthwhile story, but FANTASTIC BEASTS AND WHERE TO FIND THEM is one of those films.  At its most basic level, the movie is about a man, Newt Scamander, who is more concerned with his creatures than he is for the incidental rules that govern where he may happen to be.  As a result of this he crosses the law and ends up getting mixed up with some delightful, as well as some terrifying, people, but at the end of the day he is merely a man trying to keep his creatures safe while also trying to do what is right. This premise might seem overly simplistic, but the way it is handled and the issues it touches on are so powerful and relevant that it may very well be one of the best pieces of film to come out of a major studio in years.

In a time when our country feels more divided than it has in recent memory and fear, bigotry, and nationalism seem to be on the rise again, Fantastic Beasts finds a way to weave a brilliant tapestry of modern issues into its story, giving it a depth rarely seen in blockbusters these days, but it does so without ever standing on a soap box, delivering the story in a fun and joyful manner even when there are very serious issues going on.  The justness of laws is a constant question in the film, and Scamander seems utterly unconcerned with them as he is more focused on dealing with the issues at hand, mainly rounding up escaped, rampaging magical creatures in New York, but through all his actions, even when he is doing something slightly rude, his goal is to do what is right and trust that everything will work out.  However, under the harsh political system established by the american wizarding community, his attempts at doing what is right is met with a cold legalism that is fueled by fear and nearly ends up costing him his life.  The concept of fear is at the center of the movie, and it delivers a powerful message against it.  The wizarding community in america is afraid of being discovered and persecuted, to the point that they cut off all contact with the non magical community, leading to prejudice and strife, and this fear isn’t limited to just the wizarding side, as there are fanatics among the non magical community who preach against witchcraft and advocate the destruction of anyone found utilizing it.  This fanaticism leads to repression and the dangers that come when one is forced to suppress what they are, drawing a broad parallel to persecuted peoples and the things they are forced to suffer at the hands of their oppressors.  In this film the oppressed person is a boy, Credence, who has been beaten and forced to suppress his magical powers, to the point that when they do manifest they are dangerous on an unbelievable scale, giving us an all too familiar story of how abuse can lead to mental disorders.  Despite the mortal danger, Scarmander and his new found friends endeavor to help Credence, and very nearly succeeded, but when the dogmatic government shows up they summarily execute him for the damage and exposure he has caused, once again drawing subtle parallels for how we so often treat those who have been twisted into monsters by others, with force and fear rather than with understanding and love.  This message against authoritative and dogmatic power extends to a more personal level when the president orders Scamander to mind wipe the non magical gentleman who has helped him throughout the film and become his friend, and while it does end up happening, the film ends with a bundle of happiness and a bit of hope, because how else would the first installment in a new Hollywood franchise end?  There is another powerful topic brought to light in the film, and that is how someone who is scared and hurt can be manipulated and used by someone powerful who promises much but delivers little, as Graves promises Credence that once he helps him he will bring him into the wizarding community, despite having no intention of fulfilling this promise.  The only issue I could find with the story was a muddled handling of the primary villain’s backstory, which would be well known to anyone who has read all the Harry Potter books but wouldn’t necessarily be known to fans of the film franchise.  Any fan of JK Rowling is well acquainted with her writing talents, but it is impressive how well they translated over into another medium and gave us a movie that has some of the most powerful, yet non preachy messages I’ve seen in a very long time.

There is more to love about this movie besides the excellent  story, because the visuals are  incredibly fun as well.  The film is set in 1920’s New York, a time and place that has been represented on film countless times, but it serves as a welcoming and familiar backdrop  for the smorgasbord of new magical creatures and cultures that we encounter throughout  the film.  Complementing the setting are exquisite period costumes that are worn by the majority of the cast, as they look spot on for the time period and a bit of down to earth realism to this fantasy romp.  Additionally, the special effects look great, with everything having  a rather high level of realism despite the fact that this film obviously had to use a heavy amount of visual effects for all the creatures and magic that happens.  However, the nearly ubiquitous use of visual effects does distract from the story at times, hindering some of the pacing and impact of some of the scenes.  Also, fans of the Harry Potter film franchise should feel right at home because veteran Potter director David Yates (THE LEGEND OF TARZAN) helms this picture and does a great job of keeping the feel of the world very similar to the ones fans are familiar with.

The cast for FANTASTIC BEASTS AND WHERE TO FIND THEM are an absolute hoot.  Eddie Redmayne (JUPITER ASCENDING) takes on the role of Newt Scamander, and he is delightful as the socially awkward wizard who relates better to animals than people.  Redmayne creates a character who is bashful and awkward, but his sincerity and passion temper it enough to make him charming, giving us an understated performance that works perfectly.  Tina, the former auror who is arrests Scamander in an effort to regain her position, is played by Katherine Waterston (INHERENT VICE) and she does a solid job with the role.  Tina is a person who cares deeply, to the point that it gets her into trouble as she often finds herself on the wrong side of the rules but the right side of morality, and Waterston gives her the right mix of stiff upper lip and uncertainty to make her an exceptionally likeable character.  One of the biggest surprises of the film was Dan Fogler (TV’s SECRETS AND LIES) who steps into the role of Kowalski, a non magical person who, through a mix up of suitcases, gets tangled up with Newt.  My familiarity with Fogler was mainly from his late 2000s comedy work, and I was stunned to see the mature, nuanced performance he delivers in Fantastic Beasts.  Kowalski is a man out of his depth who is somewhat down and out, but in spite of all that he takes things in stride and he has the courage to brave dangerous situations in order to help his friends; Fogler plays him slightly bumbling but with a huge heart and a grateful disposition, making him the biggest scene stealer in the film.  Stepping into the role of Queenie, Tina’s mind reading sister, is Alison Sudol (TV’s DIG) and she’s captivating as the alluring yet unsettling witch.  Queenie is a bit of an outsider since she can read other people’s minds, clearly putting her in an awkward social position, but Sudol gives her a quiet grace and a tenacious attitude that keeps you hoping she’ll keep getting screen time.  Lastly, Colin Farrell (TV’s TRUE DETECTIVE) takes on the part of Graves, the nefarious agent from the magical government with a hidden agenda.  Farrell is very hit or miss for me, and while he does manage to be menacing at some points, he feels pretty wooden in the role and it left me a bit flat.

FANTASTIC BEASTS AND WHERE TO FIND THEM is a more than solid first entry into an expanding franchise.  The film has a great story that touches on important social issues, the directing is competent if a bit heavy handed on the special effects, and the acting is, for the most part, well done and even endearing.  If you are even the slightest fan of anything Harry Potter than you should head on out to your local theater and see this movie as soon as possible.