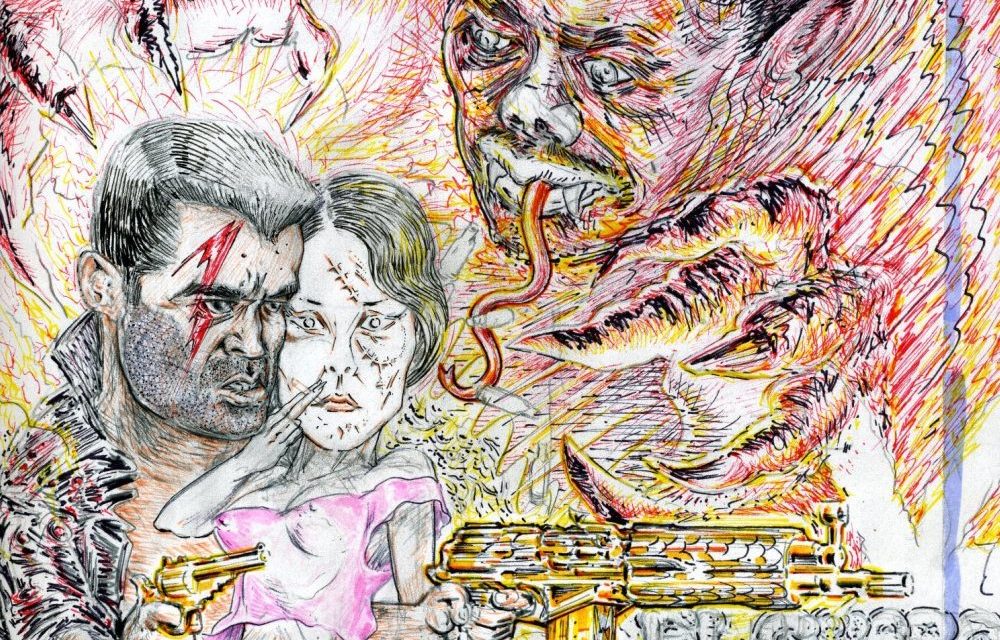 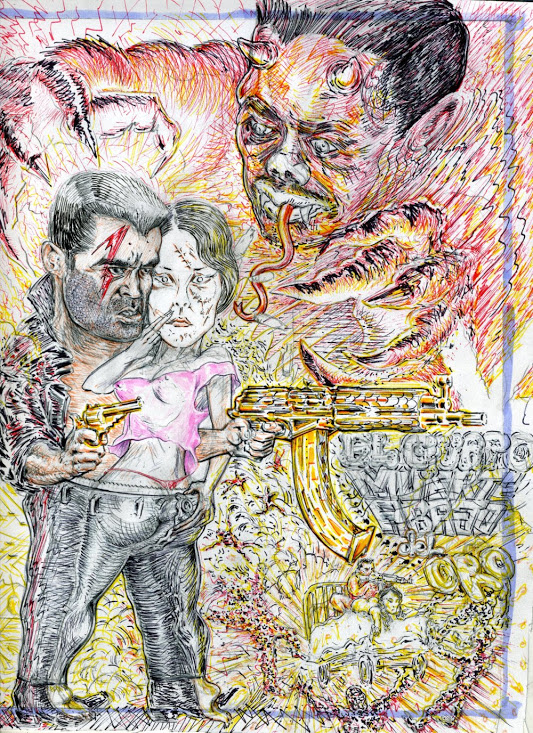 After going back to television for a few years director Niels Arden Oplev (the original THE GIRL WITH THE DRAGON TATTOO) has returned to making movies with DEAD MAN DOWN. The film centers on Victor, a mafia enforcer who is secretly out for revenge against his boss and his associates. Things get complicated when his neighbor, Beatrice, blackmails him to kill the drunk driver who ruined her life when her face was smashed and scarred in the accident. Before long Beatrice is entangled in Victor’s life and things start to get complicated as Victor’s deepening feelings and trust for Beatrice start to interfere with his plans for revenge. While this sounds like a great premise, the plot ends up making DEAD MAN DOWN feel rather flat.

Some of my favorite movies are revenge thrillers, whether THE CROW, KILL BILL, or SLEEPERS, there is something fun about watching evil people get their comeuppance, even if it is at the hands of other evil people. However, DEAD MAN DOWN takes a more troubled, and almost certainly more realistic, view of revenge. Victor is a man weighed down by grief, and while he is steadfastly dedicated to his revenge, he takes no pleasure in it. Similarly, Beatrice is angry at the man who disfigured her, but she is more angry at her life and the misery she now feels, which no amount of revenge will alleviate. While this take on revenge is certainly interesting, it really isn’t very entertaining, I found myself lamenting Victor and Beatrice rather than cheering for them; what made it even stranger was the fact that the rest of the movie played out like a typical revenge thriller. Had DEAD MAN DOWN gone for a straight dramatic approach to revenge it might have been more captivating, however, it stuck to the action script pretty well. We see many hallmarks of revenge movies here: murders, kidnapping, toying with your victims, set-ups, and chase scenes all leading up to a final confrontation. Unfortunately, all these hallmarks are very predictable, the story progression is almost painfully linear with no big twists or turns to grab and keep your attention. Additionally, because Victor isn’t reveling in his revenge, but rather is stoic about it, you get no elation from his accomplishments. DEAD MAN DOWN had the potential to be a harsh, bitter look at revenge or a great action revenge thriller, unfortunately it tried to be both and ended up being neither, however, there are some positives to the movie that are worth noting. 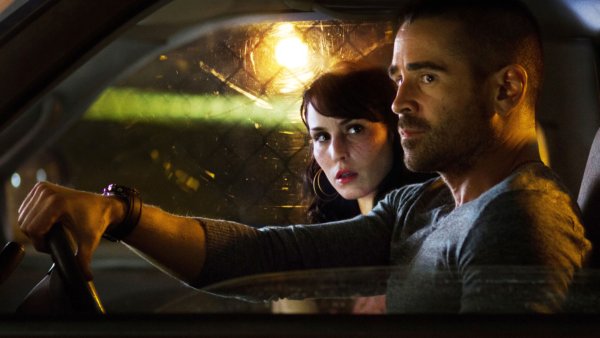 By far the best part of DEAD MAN DOWN was the acting. Colin Farrell (TOTAL RECALL; 2012) stars as Victor. Farrell has always been hit or miss with me. I thought he was great in IN BRUGE and HORRIBLE BOSSES, but most of his performances don’t do anything for me, but I was very impressed with his performance as Victor. Victor is a character who is methodical and calculating, but he is also very emotionally injured. Farrell’s portrayal of this man of few words is impressive, his facial expressions are captivating and his stoic intensity radiates off the screen. Beatrice is portrayed by Noomi Rapace (PROMETHEUS). I’ve only seen a handful of Rapace’s films, but in every one she brings her characters to life with a vibrant intensity. Rapace effortlessly portrays Beatrice’s struggle with post traumatic stress syndrome as well as her hatred, which is no surprise since portraying those feelings is old hat for Rapace, who first got world wide attention for playing Lisbeth Salandar in the Swedish THE GIRL WITH THE DRAGON TATTOO. Terrance Howard (RED TAILS) plays mob boss Alphonse. I haven’t seen a great deal of Howard’s work, but I always find myself liking what I see and here is no exception. Alphonse is a man of power who is being tormented by someone playing a psychological game on him, he teeters between being collected and calm to being impulsive and paranoid. Howard swims these waters with ease and easily brings this conflicted character to life. Lastly I have to mention Dominic Cooper (ABRAHAM LINCOLN: VAMPIRE HUNTER) who steps into the role of Darcy, a rising enforcer in Alphonse’s syndicate. Cooper plays this part perfectly, mixing ambition, devotion, and friendship to a give us, by far, the most memorable character to come out of this movie. Cooper has been consistently acting since 2001, but in the last few years has started to gain larger roles, such as Howard Stark in CAPTAIN AMERICA: THE FIRST AVENGER and based on what I’ve seen of his performances he is definitely someone to keep an eye on, because he has the potential to be a phenomenal actor. 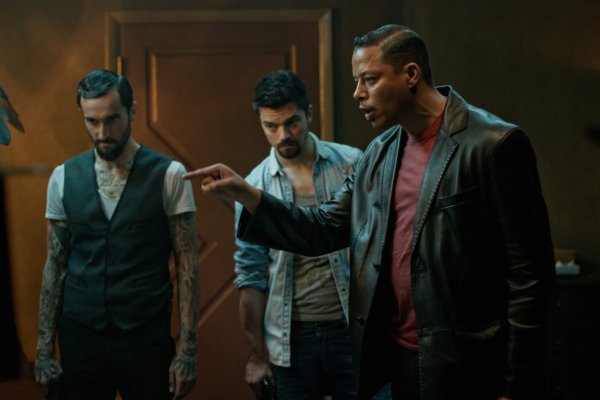 Besides having a solid cast, the production of DEAD MAN DOWN was also well done. Overall the movie was well directed. The action was decently done, less graphic than an action movie but it by no means shied away from violence. The action beats were also easy to follow, steady camera work without too many quick cuts. The more personal scenes were well shot, Oplev made good use of framing to portray the differing relationships between various characters, particularly with Victor and Beatrice. Thinking everything over, it’s hard to put blame on Oplev for the short comings of DEAD MAN DOWN. Everything was well shot, with no scenes seeming out of place or unnecessary, and the movie is very polished, never slipping in terms of appearance or quality. On top of this, as I’ve already said, the movie was well acted, so how exactly did everything go wrong? All I can come up with is that DEAD MAN DOWN looked better on paper than on film; I have to believe the shortcomings come from the script rather than the director or the actors, because I can’t find much fault with either.

I really wanted DEAD MAN DOWN to be better than it was, and it certainly tried to be. Oplev is a good director and the cast performed splendidly, but that isn’t enough to save this revenge thriller gone wrong. Despite the action, the story never really draws you in and the plot is tiresomely predictable. If you are a die hard fan of Collin Farrell than you may want to check this one out in theatres, otherwise I’d recommend waiting for it to show up on Netflix. 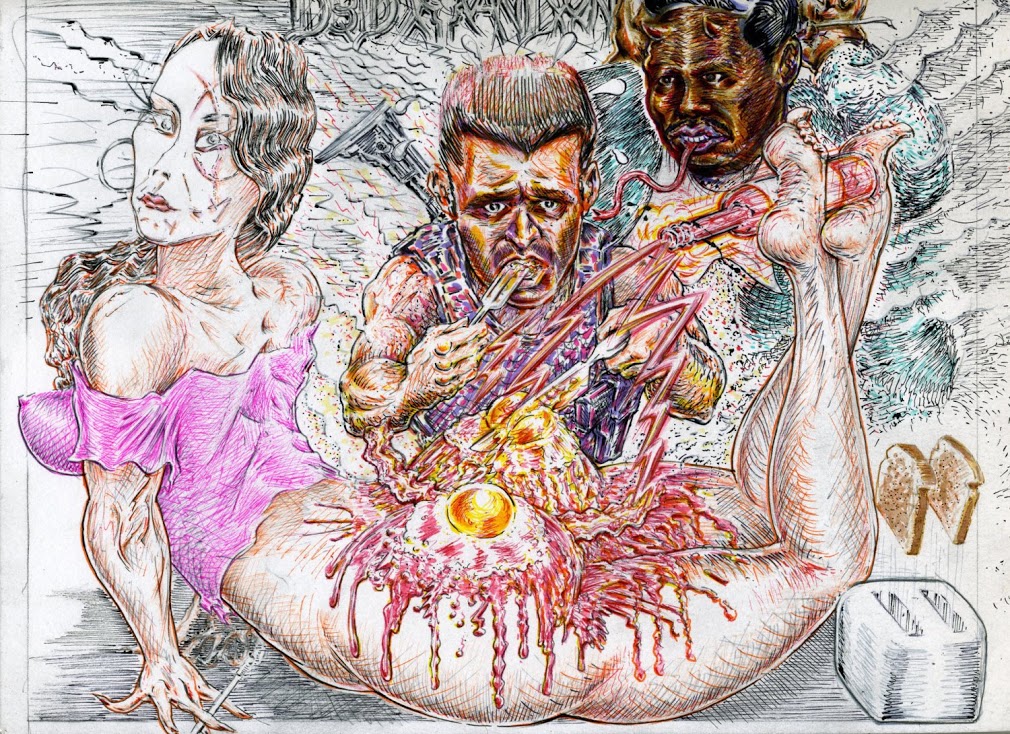