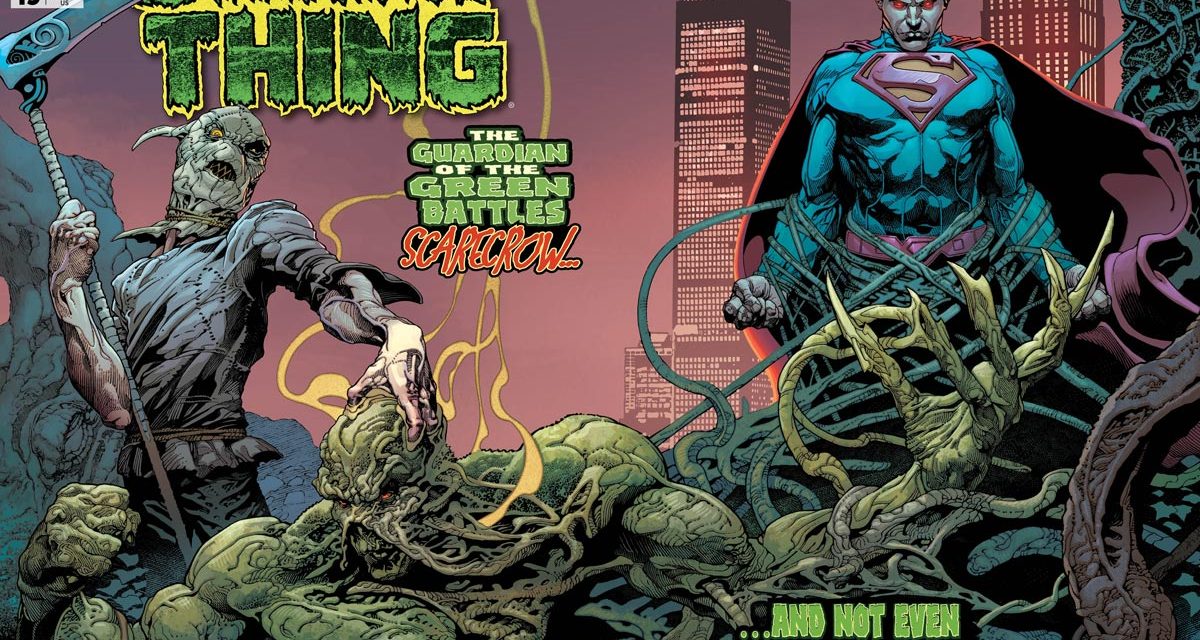 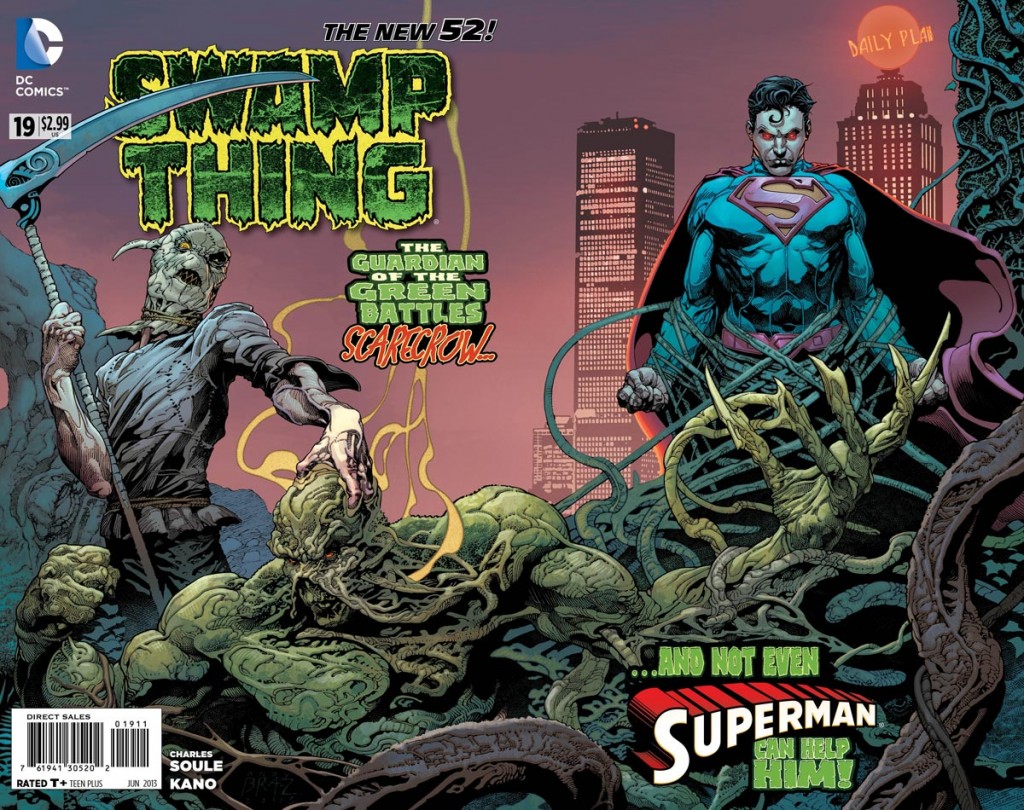 Now that Scott Snyder’s (BATMAN) run on SWAMP THING has come to an end (likely to focus on his new SUPERMAN UNCHAINED project among others), it’s time for some new blood in the form of writer Charles Soule (STRONGMAN) and artist Kano (MARVEL ZOMBIES 5).

While this new creative team surely shows some promise, it’s the cool new guest characters (fully revealed when you unfold the front cover) that are likely going to steal the show. Not only are fans going to get a crossover villain in the form of Scarecrow from the Batman universe, but also a “possessed” and seemingly pissed off version of Superman. This should be interesting. What better way to get fans excited about a title that is shifting creators than slapping in a few recognizable characters into the storyline. Famous DC guest stars in SWAMP THING are nothing new to the franchise (most recently Animal Man) and I think it is a great way to just have some fun, tie Swamp Thing into the main DC universe a bit more, and give new readers a reason to dive in head first! Swamp Thing really is a cool character and this is the perfect time to jump in if you have not done so yet.

You can check out DC’s official solicitation below and grab your copy of SWAMP THING #19 on April 3rd 2013.

In the San Francisco area looking for your next SWAMP THING comic book fix? If so, Check out MISSION: COMICS & ART. They’ve got you covered!