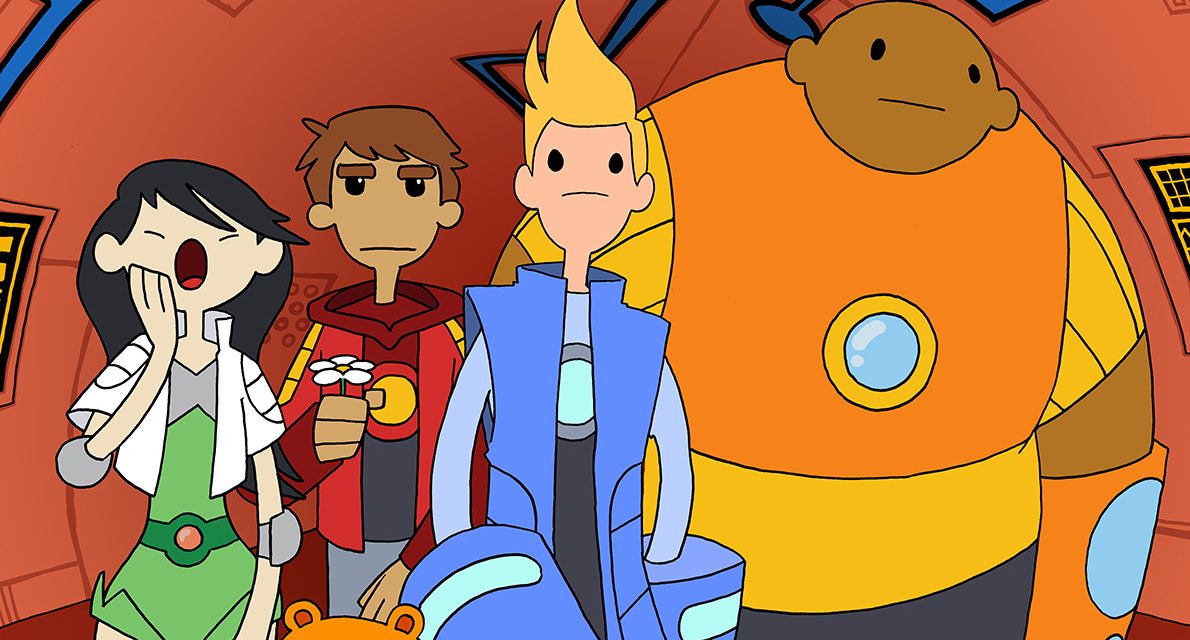 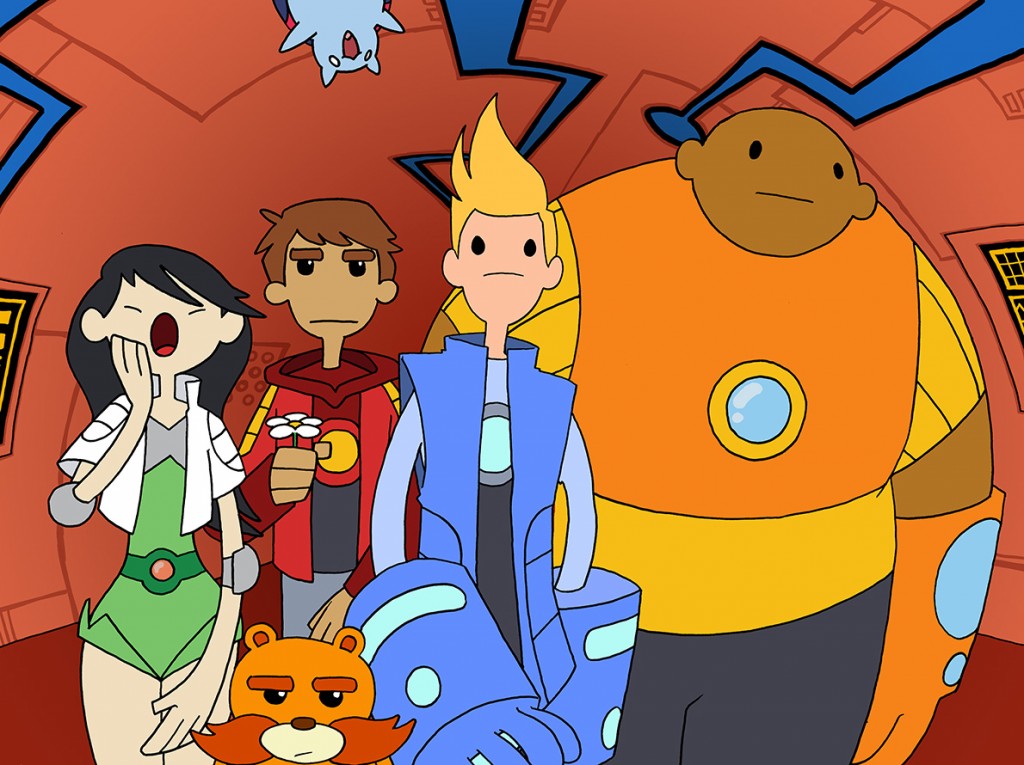 The first season of BRAVEST WARRIROS was a ton of fun with a little bit of creepy, this time around things have definitely moved more toward the creepy side, but it’s still so ridiculous that you just want to keep watching it. While the first season had a focus skewed toward Chris, the second season shifts its focus toward Beth. Beth has found her father in the ‘See Through Zone’ and manages to rescue him from the Aeon Worm, but he isn’t the same man she knew before and she is trying to unravel the enigma that he has become. Chris is still dealing with being an emotion lord and trying to figure out how that is supposed to work, but, as usual, his future self shows up and complicates everything. While those are the broad strokes of the major plot, it by no means covers the amazing fun and variety of the second season. We get to see far more of supporting character Catbug, who gets his own squad for an episode, we learn more about Plum, as she gets more involved with the team’s adventures, and we also get some more flashback stories to help us better understand the team and the future world they live in.

While BRAVEST WARRIORS was created by Pendleton Ward of ADVENTURE TIME fame, the real man behind the show is Breehn Burns, those of you steeped in internet culture may recognize the name from DR. TRAN, which he co-created. Burns is the primary writer and director for BRAVEST WARRIORS, and I am very impressed with how well he crafts an underlying, cohesive narrative across his seasons, particularly since each episode only clocks in between six and seven minutes long. The overarching narrative of the second season is rather jacked up when examined out of context: A girl’s father is possessed by an evil, god like space worm and he leads a cult that worships him (Never Doubt the Worm!), and while the girl endeavors to save her father, he wants to use her as virgin sacrifice and vessel for his dark lord. That isn’t exactly a cheerful plot but, in a wonderful display of his skills, Burns manages to not only maintain the light, irreverent tone of the show, but to actually make the horrible things seem hilarious and entertaining. While Burns is the primary force behind the show, he does bring on notable guest writers from time to time, and this season saw Jhonen Vasquez, the creator of INVADER ZIM, taking over writing duties for “The Puppetyville Horror” episode. Vasquez was a perfect choice as a guest writer this season as his own work tends to be both disturbing and humorous, making it fit perfectly in with the rest of the season.

One of the things I love most about BRAVEST WARRIORS is the wonderful voice cast. An animated series like Bravest warriors lends itself to outrageous tone shifts that have characters running a wide gambit of emotions, and it takes a truly talented group of actors to be able to handle such a wide spectrum. Liliana Mumy (TV’s CHOWDER) lends her voice to Beth, and she does a great job with it. She easily portrays an authoritative attitude of an up and coming leader, but can just as easily switch to a sassy teenager or a confused young adult. Providing the voice of Chris Kirkman is Alexander Wash and even though Bravest Warriors was his first foray into voice acting, he handles it like an old pro. Wash does a great job of portraying Chris’ flip-flopping attitudes, from cool and relaxed, to bumbling ball of nerves, or even to confused and angry, Wash gives Chris a consistent and real personality that makes him one heck of an endearing character. John Omohundro (TV’s REVOLUTION) lends his vocal talents to Danny Vasquez, and he is perfect in the role. Danny is the most arrogant member of the team, but he still has a good heart, Omohundro nails this with his voice, infusing it with an arrogance that is just dripping out of every word, but tempering it with the nagging insecurities that plague all teenagers, creating a very believable character. While Ian Jones-Quartey (THE VENTURE BROTHERS) is best known for being an animation director and artist, he graciously lends his voice to Wallow. Wallow is a character who tends to be mellower and is happy to chill in the background, but when he does decide to go full tilt at something, he is a force to be reckoned with, as such Jones-Quartey does a wonderful job of portraying the quiet guy who’s happy to do his own thing, instilling Wallow with a lovableness that is hard to ignore. Lastly, I want to mention Sam Lavagnino who voices Catbug. While Catbug is a supporting character, he is so unique and fun that it’s impossible not to love him, and this is largely due to his infectious voice. What makes Lavagnino so impressive is that he is only six years old, yet he has managed to create a beloved character and, beyond that, is working on becoming an established voice actor.

BRAVEST WARRIORS may seem like just another YouTube cartoon, but it actually has plenty going for it. It has a unique visual style, a wonderfully creative story and environment, and a terrific voice cast that brings the show’s vibrant characters to life. As I’ve said before, if you’re a fan of more mature, or possibly sophomoric, animated material such as what airs on adult swim, then you should definitely be watching BRAVEST WARRIORS, because it’s some of the best episodic animation currently being made.