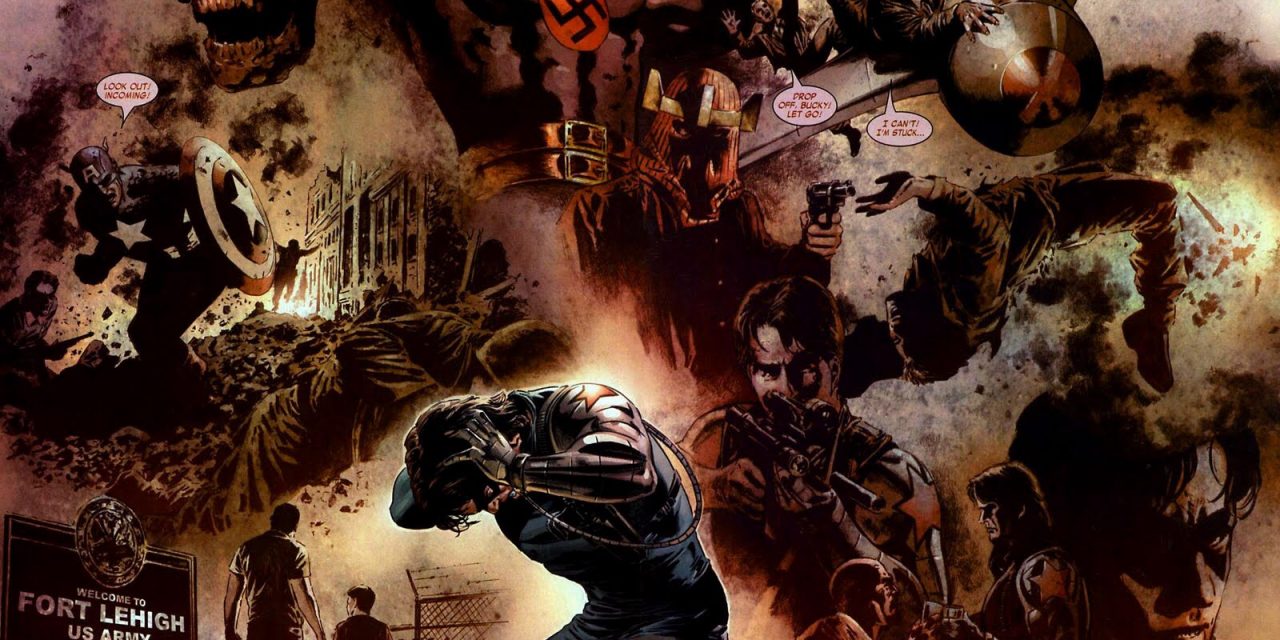 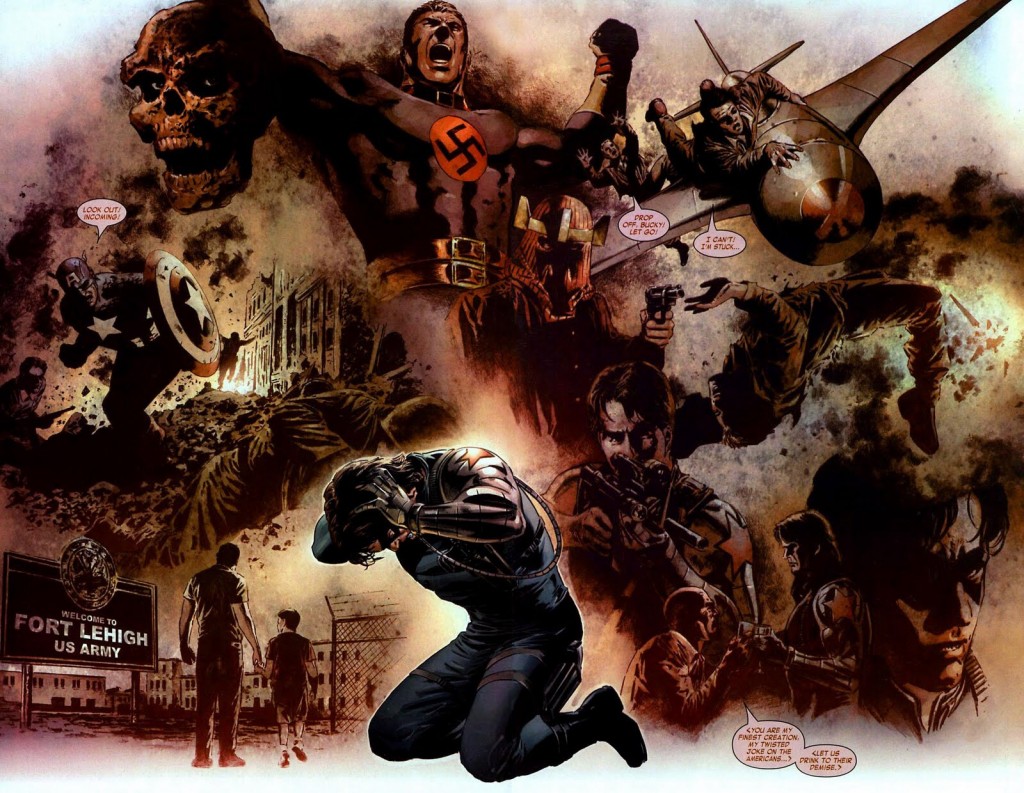 Apologies in advance to my husband, but I have a confession to make: I’m in love with Captain America. Which is surprising even to me because when I was younger, Captain America was never my favorite Marvel superhero. As a matter of fact, I kinda hated him. He always seemed so uptight and patriotic, Marvel’s version of “truth, justice, and the American way.” And to a cynical high school kid who felt alienated and listened to punk rock, Captain America might as well have been The Man I was rebelling against. I didn’t know anyone who read Captain America comics. Were they for those weird older dudes who were World War II buffs? I had no idea because I was all about the X-men and Spider-man.

Ok, so now I’m a 40-year-old woman who started reading superhero comics again after a 20 year hiatus. And I was surprised to find that Captain America is not the patriotic buffoon I thought he was. As a matter of fact, he’s pretty excellent. Did the character change and become more complex? Or now that I’m a middle aged lady, do I have more respect for upstanding men who do the right thing? Maybe a little bit of both? Either way, I’m totally digging Steve Rogers, both in the comics and in the movies.

By now, you’ve probably seen CAPTAIN AMERICA 2: THE WINTER SOLDIER. And if you haven’t…. go see it! Now! Because it’s truly the best of the Marvel movies to date. And at the risk of the U.S. government starting an FBI file on me, I’m going to say that I loved the movie because it is a critique of the f*cked up actions of the NSA and our government’s real life use of drones to kill American citizens – as well as an epic bromance. My heart almost melted when Steve tells Bucky, “I’m with you ’til the end of the line,” before falling in slow motion into the Potomac River. Squeal! Has there ever been a more romantic line in a movie? In terms of amnesia-driven romantic reunions, it leaves Dom and Letty of THE FAST AND THE FURIOUS in the dust.

But aside from the drone commentary, bromance, and amazingly choreographed action, what’s great about the movie is that Captain America, a symbol of patriotic freedom, is being hunted by the government. It gives the fugitive Steve Rogers a complexity and depth that really drives the movie. And it made me curious about the comic book arc, THE WINTER SOLDIER. Since I had only started reading comics again a couple of years ago, I had missed Ed Brubaker’s legendary 2005 storyline. 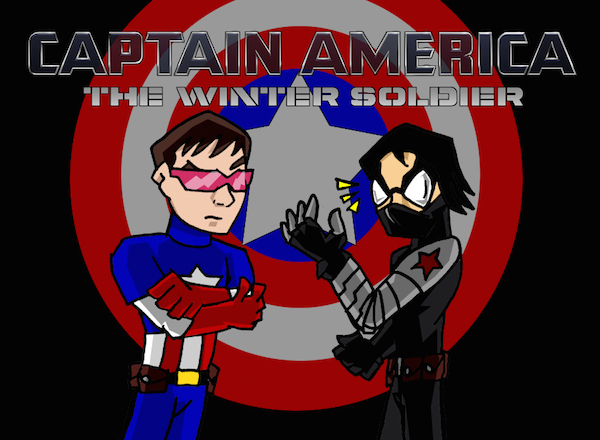 Click to listen to the podcast “MARVELSPHERE Ep. 2 -CAPTAIN AMERICA: THE WINTER SOLDIER”

Interestingly, the only thing the comic and the movie have in common is the return of Bucky. In Brubaker’s WINTER SOLDIER Captain America is not up against a Hydra-infested S.H.I.E.LD., he’s battling a Soviet-era Russian general whose people have been using The Winter Soldier for decades in Cold War shenanigans. The Red Skull is involved, and everyone is fighting over a Cosmic Cube. For those of you not well versed in the Marvel Universe, the Cosmic Cube looks like the Tesseract of the Avengers movie, but instead of giving unlimited power, gives the holder unlimited wishes. That’s right. Wishes. Quite frankly, I’ve always thought the Cosmic Cube was kinda lame and ridiculous.

But aside from the Cosmic Cube, I did really enjoy reading this story arc. It has a pretty dark feel to it and Captain America is up against some heavy duty psychological challenges. The action is great and features old school Nick Fury and Sharon Carter. Falcon and Iron Man make appearances, and they all help Captain America go to town on all sorts of henchmen and terrorists. But underneath the action, there’s always something lurking in the background that gives the reader an uneasy feeling and makes this book a total page turner. Steve Rogers has to deal with some unsettling war time memories, and all of a sudden, he’s not sure if they are real.

Plus, Brubaker brilliantly adds a somewhat unsavory twist to the back history of Bucky. Unlike in the movie, the Bucky of the comics had historically been a teenage sidekick similar to Batman’s Robin. Brubaker pokes holes in the clean cut golly gee whiz image of Bucky with an explanation of Bucky’s real role in World War II and a sad side story of the fate of Jack Monroe, the man who was the second Bucky.

Overall, I would recommend this book. If you’re a Marvel fan mostly through the movies, this could be a good starting point to be introduced to the comics. The plot is solid and Brubaker gives Captain America depth, vulnerability, and complexity. And while the reveal of Bucky as the Winter Soldier wasn’t as dramatic and intense as in the movie, the aftermath of Captain America’s confrontation of Bucky makes up for it. Like in the movie, Captain America insists on trying to save Bucky. But in this comic book version, once he does, it’s not clear that that was the best decision.