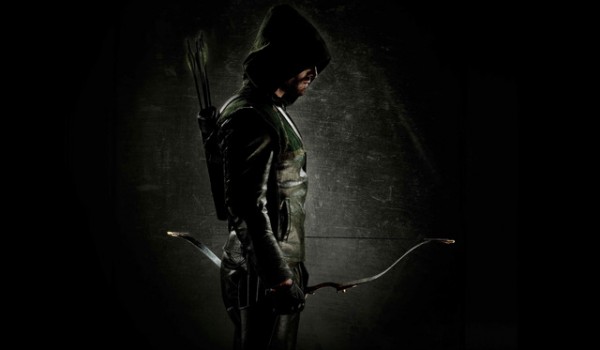 Okay, before the Emerald Archer’s devoted fanbase puts me in their crosshairs, I’ll be the first to admit that I am not very familiar with the Green Arrow mythos.  Growing up, I really had only heard about him in passing as kind of a Batman knock-off with an arrow fetish.  It wasn’t until I saw the wildly-entertaining JUSTICE LEAGUE UNLIMITED animated series that I discovered the character’s appeal as not just being a superhero, but also being more of a champion for the little guy than some of his contemporaries.  Oliver Queen’s alter ego is more concerned with taking down drug dealers on the street than he is with the latest alien invasion, making him a modern day Robin Hood.  And based on the pilot episode for ARROW, that looks to be the direction the show’s creators are aiming for.

This isn’t a continuation of the character’s last televised appearance on the Superman origin show SMALLVILLE.  This is a brand-new re-imagining of Green Arrow’s beginnings as protector of his own corrupt metropolis Starling City.  I’m sure the creators are playing fast and loose with comic book continuity much in the same way they did for SMALLVILLE, but I feel that is almost a “necessary evil” in order to bring in new viewers but still have plenty of consideration for an already-established group of fans.  And true, the pilot provides plenty of melodrama and soap opera moments expected of show that’s on the same network as GOSSIP GIRL, but it has more DNA in common with BATMAN BEGINS, making Starling City a dark and dirty backdrop for Oliver Queen’s action-packed (and sometimes lethal) shenanigans.

The acting is fairly even throughout the show.  Stephen Amell (THE VAMPIRE DIARIES) does a commendable job as Oliver Queen/Green Arrow, providing playboy charm but still conveying a dark compulsion for justice brought on by the secret shames in his family history.  Katie Cassidy (TAKEN) does all right as Dinah “Laurel” Lance (also known as Black Canary to DC Comics fans).  But for me, the real scene-stealer was Colin Donnell (PAN AM) playing Oliver’s friend Tommy Merlyn.  And much like SMALLVILLE’s Clark Kent and Lex Luthor, you can see the eventual collision course these two are set on being foreshadowed.

Granted, the show appears to have as many intriguing plot twists developing as it does standard teen romance/angst faire typical of a televised melodrama.  And hopefully, the dark and brutal tone of Green Arrow’s adventures plus the inclusion of more characters from his DC Comics lore (fan favorites Deathstroke and Deadshot have already been hinted at making appearances) help keep the character and his new show right on-target.