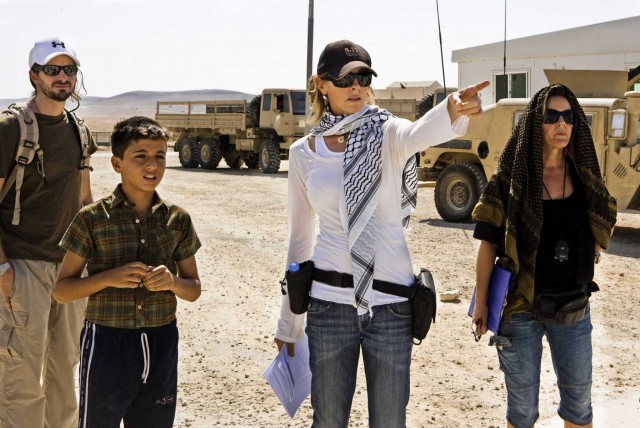 The Academy Award winning writer and director team (THE HURT LOCKER) is back with ZERO DARK THIRTY, a movie about the decade long clandestine hunt for Bin Laden. It was in preproduction before Bin Laden was found and assassinated so the screenplay had to be reworked to match reality. I wonder if knowing the ending is going to hurt the viewing of this movie much like knowing how VALKYRIE ended impeded that film from taking off. Although, watching director Kathryn Bigelow (POINT BREAK, NEAR DARK) back in her familiar sandbox and with a bigger budget this time around has me intrigued. Let’s see how they’re selling this movie to us.

ZERO DARK THIRTY stars Jessica Chastain (TREE OF LIFE), Joel Edgerton (WARRIOR), Mark Strong (KICK-ASS) among others. But what we can tell from the trailer is that the real star is director  Bigelow. It looks like her eye for tense action will be on full display. I like how they’re  building this film up as a taut, slow boil thriller and not over-the-top military lovefest. It could still prove to be that but after having seen her previous film I think she’ll leave her politics on the cutting room floor.

For those of you who don’t know in military time if you were to say to someone it is 01:30AM you would say zero one thirty. Zero dark thirty means it is the dead of night/morning. Knowing that and seeing the ending of trailer (which I really liked how it had no music, just footsteps and night vision) we can infer that the climax of the film takes place in the middle of the night. That and a solid screenplay is enough for me to pick up a ticket opening weekend.

ZERO DARK THIRTY opens in the US at zero dark zero on December 19th, 2012