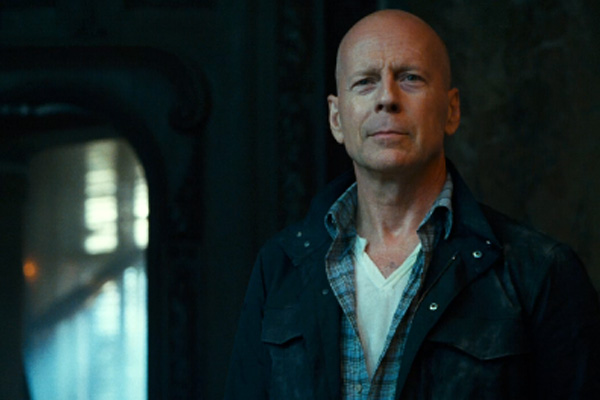 Let it be known that I am a HUGE fan of everything DIE HARD! And YES, I even loved the forth installment directed by Len Wiseman (UNDERWORLD) titled LIVE FREE OR DIE HARD and still think it is one of the best action movies I’ve ever seen. I recommend the director’s cut (currently only available on DVD and not Blu-Ray) due to the extra violence and proper use of the famous “Yipee Kai Yay” line. Damn you studios for making it a PG-13 affair in theaters. For shame!

Well it looks like John McClane is back for a fifth film in the popular franchise titled A GOOD DAY TO DIE HARD directed by John Moore (MAX PAYNE). While Moore as an action director hasn’t quite proved himself yet to helm such a precious franchise, I hope he suceeds and delivers a bad ass action movie for McClane fans to be proud of. Check out the official plot synopsis and new trailer below to see if he is at least heading in the right direction.

“Since the first “Die Hard” in 1988, John McClane has found himself in the wrong place at the wrong time, with the skills and attitude to always be the last man standing, making him enemy #1 for terrorists the world over. Now, McClane faces his greatest challenge ever, this time on an international stage, when his estranged son Jack is caught up in the daring prison escape of a rogue Russian leader, and father and son McClane must work together to keep each other alive and keep the world safe for democracy”

Well, well, well, it looks like director John Moore might have a winner up his sleeve. While this trailer is more of a tease than anything, my blood got pumping just enough to warrant some excitement. I will now look forward to a more substantial trailer as we hone in on the release date.