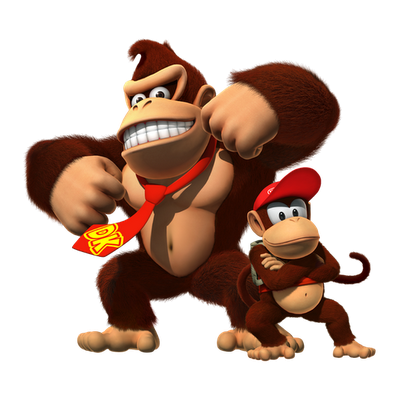 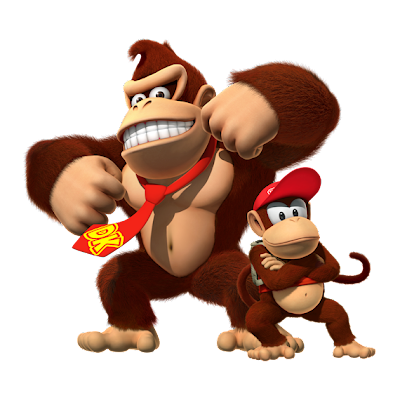 The king of swing is back! My little nerd body fills up with glee at the thought of playing this new Donkey Kong adventure for the Nintendo Wii. I remember the day back in 1994 when my brother and I got our grubby little hands on a fresh copy of the original DONKEY KONG COUNTRY for the Super Nintendo Entertainment System. During the dying days of the Super Nintendo a company called Rare brought us the now classic DONKEY KONG COUNTRY and it saved the system. I still remember the first time I beat a level and saw Donkey and Diddy do a little victory dance on the main world map screen and I fell in love. The game went on to spawn 2 successful sequels (also by Rare) and all 3 can now be purchased and revisited on the Nintendo Wii shopping channel. I highly recommend playing these classics (at least the first) in order to get ready for the sequel I’ve been waiting 16 years for!

DONKEY KONG COUNTRY RETURNS is now being brought to us by the company Retro Studios who are responsible for the amazing METROID PRIME TRILOGY on the Nintendo Gamecube and Wii. Donkey Kong will be returning to his 2-D roots for this outing and I think it is a wise move by Nintendo seeing how successful NEW SUPER MARIO BROS. WII has been. It’s weird for me to consider a full 2-D game as something fresh and it definitely makes me feel like an old nerd.

This time around we see a group of evil Tikis steal DK’s hoard of bananas! If you think for one minute that our old pal DK is alright with this than think again. On a quest to reclaim what is rightfully his, DK sets of on his epic adventure with long time pal Diddy Kong. From the looks of it, players will be battling it out with epic big boss fights, rolling through the rails on the classic mine cart stages, and bouncing off the heads of fuzzy creatures that are in the big apes way! This game is also introducing the option for 2-player co-op play at the same time! In previous DKC games you could play 2 player co-op, but never at the same time as in NEW SUPER MARIO BROS. WII. You can run around the levels separately or have little Diddy jump on DK’s back during those extra challenging levels that require more precision.

Not many games get me excited enough to warrant a purchase on day one, but this one is definitely one of those games. I always love playing a good Nintendo game during the holiday season and this one looks to be the winner this year by a long shot.

You owe it to yourselves to check out the amazing trailer below!