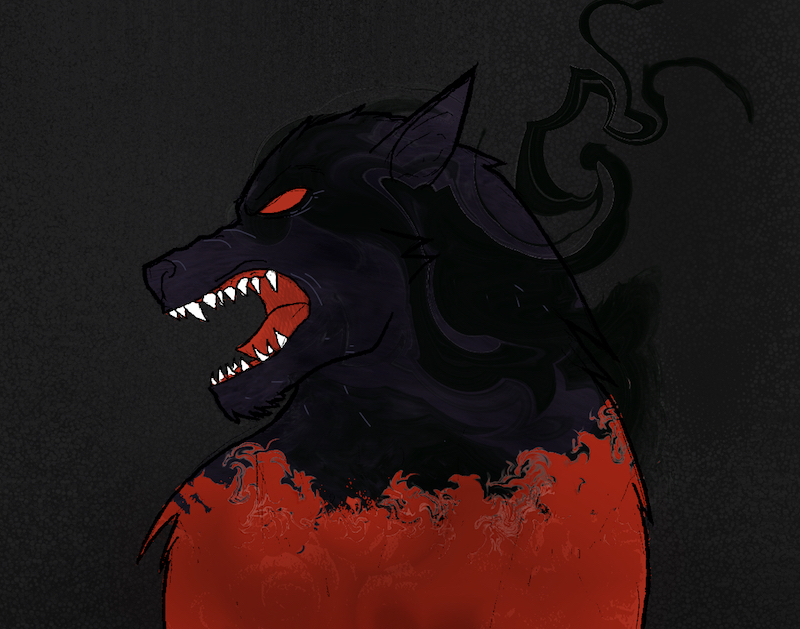 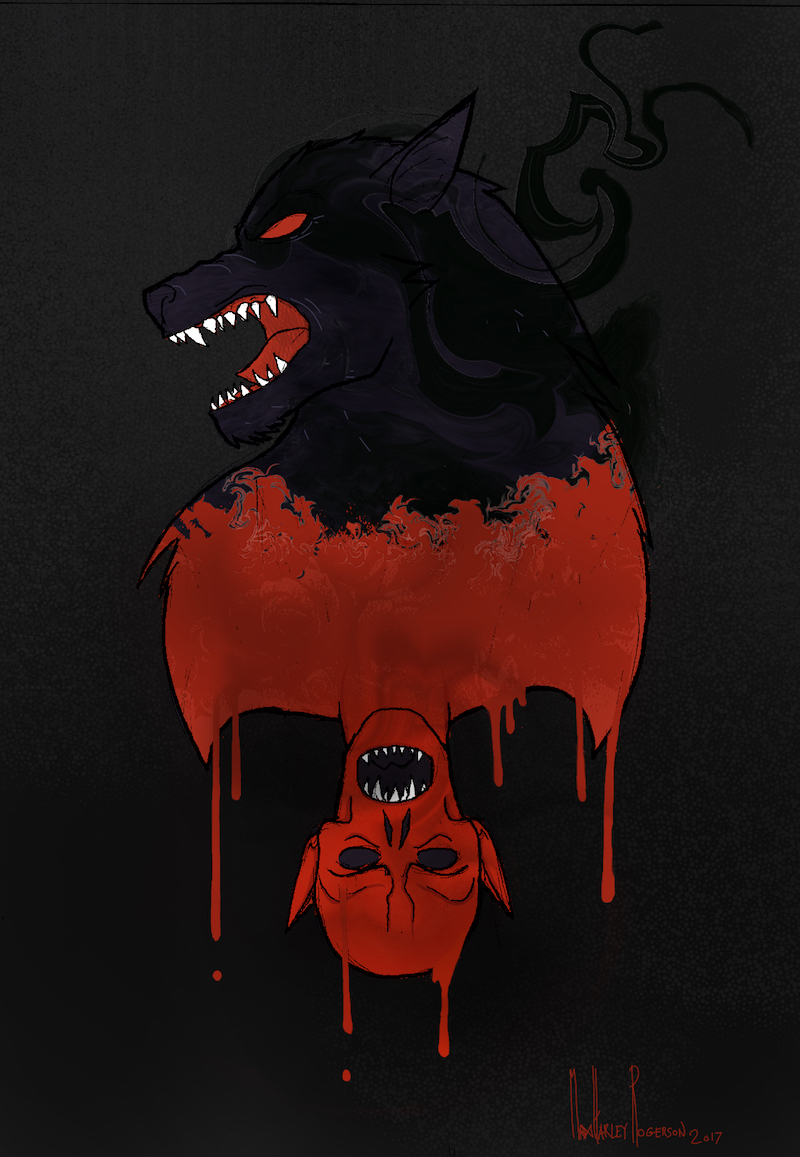 Jason is in Red, Sean in Black

Can you believe the UNDERWORLD franchise has been around for over 13 years!? In a nutshell, it’s about a bad ass vampire warrior named Selene who gets caught up in an ageless battle between vampires and werewolves. Over the years we’ve received 5 installments. It’s become apparent that Sean and I have different definitions of “good” and “bad” when it comes to this series so we’re here to discuss and review everything leading up to the most recent UNDERWORLD: BLOOD WARS. So let us head back to 2003 where it all began with the original UNDERWORLD starring Kate Beckinsale directed by Len Wiseman.

The original UNDERWORLD was a gem of a film, not because of the quality of its story, but because of when it came out.  Hitting theaters in 2003, when franchises like The Matrix, Lord of the Rings, and the Star Wars prequels were all the rage, it was the perfect environment for a darker, action heavy fantasy horror film.  More gothic looking than The Matrix, and more violent  than just about any other mainstream movie at the time, it had the right blend of action, character development, and iconic actors playing in the proverbial dirt to win over a large, and surprisingly loyal, fan base.  Unfortunately, this initial offer was also the high water mark in my opinion, and we have seen a decline in the franchise ever since.

I definitely agree that the original scratched an itch I didn’t realize I had. A solid film about vampires duking it out with werewolves. It has the most substance out of all the films and avoids being labeled as just a “mindless action romp” like some of the sequels. Beckinsale’s Selene absolutely has it going on in this film. She’s a fierce warrior who’s not afraid to wield a blade and absolutely owns with her dual handguns. I make it no secret that dual-wielding handguns is one of my favorite things to see in an action flick and UNDERWORLD delivers the goods for sure. And Bill Nighy steals just about every scene he’s in.

What really bugged me about UNDERWORLD: EVOLUTION is that it was too fast paced and didn’t expand the story much. And what it did expand on wasn’t well developed or properly fleshed out.  Yes, there is still plenty of hardcore action to sink your teeth into and it can be a fun romp to take if you are in the mood for mindless violence, but the first one was such a great tapestry of story and action and this follow up felt like they were just riding the coattails of the first film without really taking the time to properly craft a second one, thus leaving us with a tradition of shoddy storytelling that has become the bane of the series. Now this lackluster storytelling could be blamed on the fact that White Wolf sued the franchise for copyright infringement, that case was settled confidentially, and depending on what was agreed to the writers may have been unable to figure out how to continue the story with one hand tied behind their back, but that doesn’t justify delivering a half-assed story.  Script doctors exist, and whoever is in charge of the franchise these days needs to invest in an entire team of them.

While I did enjoy having a bit more substance in the original UNDERWORLD, I succumbed to the “mindless action gods” this go around and rank EVOLUTION as my favorite in the series based purely on the magnificent action sequences and fast-paced narrative. It was just pure entertainment and a lot of fun. I give a lot of credit to director Len Wiseman who really knows how to navigate this universe and shoot a kick ass action scene. But yeah, I agree with Sean, this was a turning point for the franchise and they decided to go with mindless action instead of fleshing out the story and characters more. I can live with that.

While I felt UNDERWORLD: RISE OF THE LYCANS was a bit of return to form for the franchise, as it at least had a story that was better fleshed out, I was annoyed that some of the story points contradicted some of the narrative from the first two films.  It was fun to see Michael Sheen reprise his role as Lucien and finally getting more of his back story, and Rhona Mitra was a solid addition to the franchise as Viktor’s daughter, Sonja.  However, nothing can top Bill Nighy being a ruthless tyrant and dishing out malice and hate with every subtle change of his expression. This  movie was also the first Underworld film to have a different director, Patrick Tatopoulos, and he really couldn’t hold a candle to Wiseman in the visual department.  So with the pendulum swinging back to story, but still not delivering the kind of prequel I was hoping for, I was left with some hope for the franchise, thinking maybe they would get the balance right in the next installment, but that would turn out to be a major disappointment.

RISE OF THE LYCANS was the 88 minute prequel nobody asked for. It centered on the early days of the feud between Lycans and Vampires, and considering the short run-time, it did a decent job fleshing out the world and its history a bit. And it really tested audiences by asking if an Underworld movie could be good without Beckinsale. In short, the answer is…kind of? While there were definitely some fun moments, having a female lead that shamelessly looked like Selene was off putting. The action was cool enough but still a bit underwhelming, and I’m not sure it stands the test of time upon rewatching. Nighy returning for a more substantial role is definitely the highlight. But alas, this is the point where the films began to sink into “just ok” territory.

UNDERWORLD: AWAKENING is the awkward fourth film in the franchise and it tries to bring humans into the narrative as a common enemy of both lycans and vampires.  This seems like a decent plot device, but is handled rather poorly, particularly because the lycans are still trying to destroy the vampires, so rather than actually move forward with the narrative they merely revert to the same tired tactics of the previous films. The introduction of Eve, Selene and Michael’s daughter, was a potentially interesting plot device but, yet again, it didn’t really move the franchise forward, it just added another target for the vampires and lycans to pursue as they once pursued Selene and Michael.  While it was fun to see Kate Beckinsale return to the franchise, and Charles Dance does a great job as Thomas, the primary vampire elder now leading a decimated coven,  those are the only notable performances in this lackluster installment.  While the film was heavy on action and delivered the same kind of ultra violence that the franchise is now known for, it was an utterly forgettable outing that left me thoroughly unsatisfied.

I don’t remember AWAKENING really impressing me or offending me all that much. I do admire its attempt to get the franchise back on track, and it did offer up some good old fashion campy action goodness. And while I normally loathe the 3D trend that has plagued theaters (is that dying yet?), this was actually a pretty fun 3D experience. I think the sweet spot for 3D is utilizing it in a campy action heavy film that I don’t have a lot of investment in. Underworld is a perfect fit if you think about it. Other that that, I remember a cool parking garage scene featuring a hulking werewolf. While I enjoyed it more that LYCANS, it’s still nowhere near as great as the original two. You can sniff out my full review HERE.

Which now leads us to the most recent UNDERWORLD: BLOOD WARS which hit theaters in the movie dump-month that is known as January. It’s pretty much out of theatres already, and since I didn’t pounce on it right away, I fear I’ve missed out and will have to wait for its inevitable home video release. Luckily, Sean checked it out and gave us his full review.

As disappointed as I am in what the UNDERWORLD franchise has become, it does still hold some potential if someone is willing to take it back to its roots and approach it from a fresh perspective.  However, until that person comes along who turns it into a passion project, I don’t think anything worthwhile will come from any subsequent sequels.