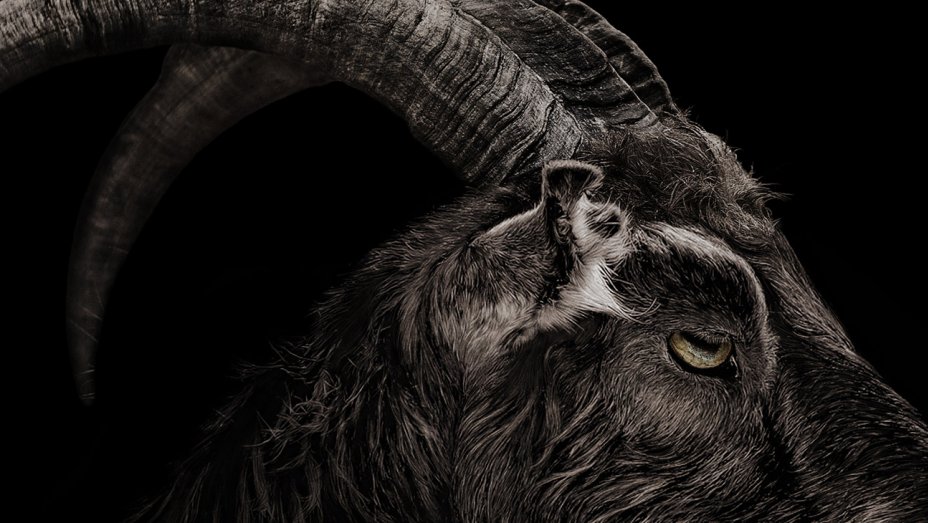 Black Phillip from THE WITCH / A24, Parts and Labor

Modern horror is filled with shocking images and harsh noise cues that are designed to make you feel uneasy and have you jumping at just the right moments, thankfully THE WITCH takes the genre back to the quiet, unnerving side of things as it delivers a slow burn of discomfort and disquiet that will none the less keep you glued to the screen.  Taking elements from actually witchcraft stories in the historical record, this movie takes you on a creepy ride into the isolated country side as a family is torn apart by the very things they covet most.  With an amazing performance by Anya Taylor-Joy, this is the film that true old school horror fans have been waiting for.  -Sean Wheeler

THE NICE GUYS is a buddy movie focusing on two private investigators played by Ryan Gosling and Russell Crowe.  This movie is magical in a way that is almost impossible to describe, it examines redemption and morality while being part thriller, part love song to the 1970s, and all comedy.  Crowe and Gosling pair beautifully together, exchanging barbs and quips amidst the backdrop of the sinful underbelly of glamorous LA while trying to untangle a one of the most engaging mystery plots of the last decade.  This is the kind of movie that didn’t get much notice the first time around, but will almost certainly become an underground favorite in the years to come. –Sean Wheeler

MOONLIGHT is the all the things. It is everything you’ve heard about it.  Yet, no one description can truly encapsulate what MOONLIGHT is. Beyond the story of a man growing up black and gay, beyond the story of a life full of regrets and beautiful discoveries, MOONLIGHT is one of those rare masterpieces that changes you after seeing it. The complicated nature of MOONLIGHT is that it draws you so completely into the mind of the main character, that the difficulties he experiences can almost be felt in your own heart. It’s such an amazing film that the idea of attempting to review it rattled me to my core. Could I review it?  Should I?  I wish I could go back in time and watch it again for the first time. -Mark Espinosa 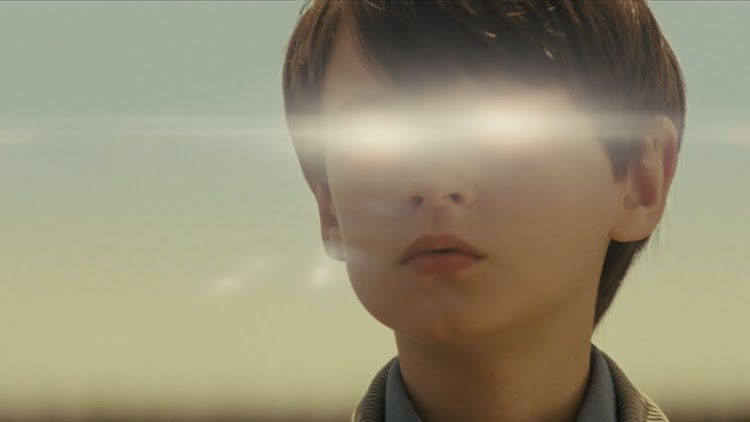 MIDNIGHT SPECIAL- This film was my ultimate cinematic sweet spot of the year.  It’s a fairly straightforward and streamlined science fiction story about a father and his son (gifted with otherworldly abilities) that doesn’t overcomplicate its plot and churns out some simple-yet-effective performances from its cast.  It kept the right amount of drama, mystery and tension going throughout and paid homage to E.T., CLOSE ENCOUNTERS OF THE THIRD KIND and ESCAPE TO WITCH MOUNTAIN that I was thoroughly engaged from beginning to end.  -Mike McG

I’m an absolute sucker for science fiction films featuring extraterrestrial visitors. It seems like most films of this ilk feature really terrifying creatures looking to take over and/or destroy the planet. So it’s refreshing to see something a little lighter and smarter. ARRIVAL has a pretty deep and intricate plot that will have viewers wanting to see it all over again once all the puzzle pieces fit together. The creature designs were cool, the cast was great, and the films definitely stayed with me long after the credits rolled. -Jason Furie

Disney has had a resurgence of quality in its original animated features the past few years, but this movie took things to the next level.  It challenged its audience of young and old to look beyond stereotypical Disney morals of “friendship is magic” and “true love conquering all.”  It presented very modern (and very relevant) themes of tolerance and prejudice without dumbing it down or sacrificing story or character for easy pandering.  It’s a fantastic throwback to “buddy cop” movies with stunning creative visuals and an unbelievable amount of heart.  -Mike McG

Sometimes a movie comes out of nowhere and takes you by surprise. I’m not sure I can explain why exactly, but SWISS ARMY MAN just hit all the right chords with me. It was absolutely my #1 film of the year and I love it dearly. It’s a really intense and thought provoking story that perfects its use of “dark comedy”. And Paul Dano and Daniel Radcliffe are in top form delivering my favorite performances from both actors. I haven’t laughed this hard during a movie for a long time, and underneath all the crude death and fart jokes lays a very sophisticated story about life, love, happiness, death, sadness, and everything else in between. This film id definitely not for everyone, but dammit, it’s seriously one of my favorite films. -Jason Furie

LA LA LAND is a love song to musicals and romance, genres that are far under represented in modern cinema but that used to be its bread and butter.  It is a movie made for dreamers, for people who burn with a passion for what they love, the compromises that are made on the path to success, and the people who help you remember what you truly are.  With stunning performances by both Ryan Gosling and Emma Stone, it is a movie that will entrance and mesmerize you, and leave you smiling and humming as you leave the theater.  -Sean Wheeler

See the light as it shines on the sea, it’s blinding.  But, no one knowwsss… *sniffle*  I seriously just watched that scene in MOANA and started to tear up again.  I saw MOANA on Thanksgiving with a couple of troublemakers from Hawai’i.  I kept looking over to see how they were enjoying it.  At one point, MOANA is running down a hill. Determined to make her own path and I started sobbing my eyes out.  I look over at my partner and they are doing the same.  I was either crying or laughing. Damn you, Disney. Not only did MOANA continually punch me in the cry sockets, It also kicked me right in the mind castle.  I was blown away by how subconsciously exceptional all the facial expressions were. How realistic the world was.  How beautiful it was.  Ugh.  I want to watch it again right now. -Mark Espinosa 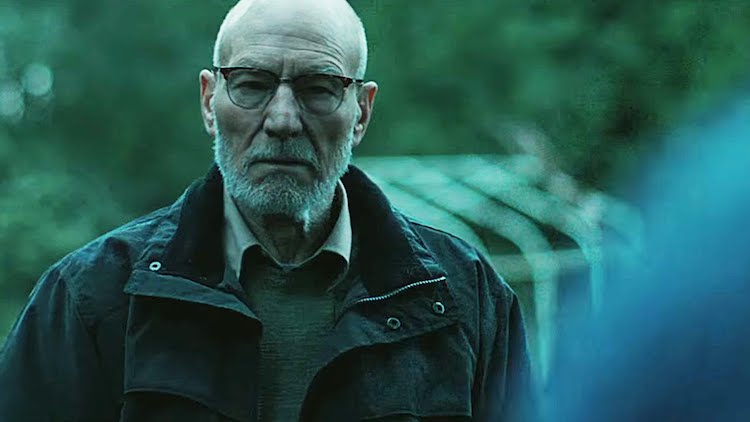 This is one of the best examples of modern day survival horror around.  It’s unsettling and bleak right from the start as our punk rock protagonists are forced to square off against a legion of bloodthirsty skinheads in a dive bar stuck in the middle of nowhere.  Combine chilling performances from the likes of Patrick Stewart and the late Anton Yelchin with a violent and claustrophobic atmosphere and you have a brand-new pioneer in the “horror/thriller” genre.  -Mike McG

This was a great year for science fiction film, but science fact had its place too with HIDDEN FIGURES, the story of three black women who were instrumental in John Glenn’s first space flight.  With beyond powerful performances by Taraji P Henson, Octavia Spencer, Janelle Monáe, Mahershala Ali, and Kevin Costner, the movie shines a spotlight on an often forgotten piece of history that helped break down some of the walls of race and gender that have long been a tragic part of this country’s past and present.  -Sean Wheeler

12. KUBO AND THE TWO STRINGS

KUBO AND THE TWO STRINGS is the latest offering from Laika, the studio responsible for the best stop motion animation being done today.  It is a coming of age story set in feudal Japan and it sees a boy set out on a quest to overcome the evil forces assailing him by following in the footsteps of his heroic parents.  With stunning visuals, an engrossing story, and a terrific voice cast featuring Charlize Theron, Ralph Fiennes, Roony Mara, and Matthew McConaughey, this film will satisfy animated itches you didn’t know you had. –Sean Wheeler

And head over to our new Patreon page if you want to help support us!