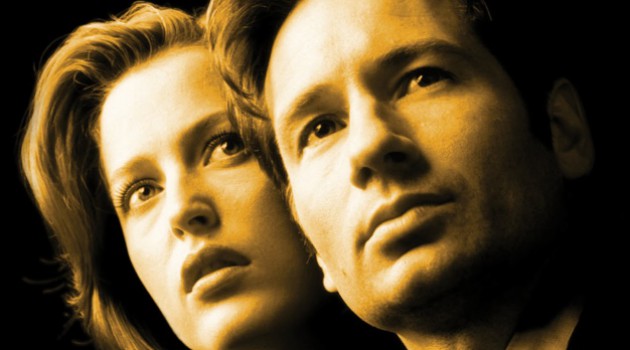 Much in the same vein as BUFFY and FIREFLY, IDW has added THE X-FILES to the roster of fan-favorite television shows that would continue its seasons in comic books.

Our introduction to Season 10 picks up in the modern day. It’s been “x” amount of years after the show, and Mulder and Scully are living together under the new identities of Blake. Scully is a doctor at the local hospital. Mulder is possibly a children’s magician or a failed writer. Whatever. It’s all swell and back to normal life for these two. That is until Skinner shows up and drops the knowledge that the FBI computers were hacked and information on the X-Files may be compromised. That’s troubling information if you are in some sort of protection program. Then faster than you can say, ‘I want to believe’ a bunch of faceless enemies start taking out our heroes. 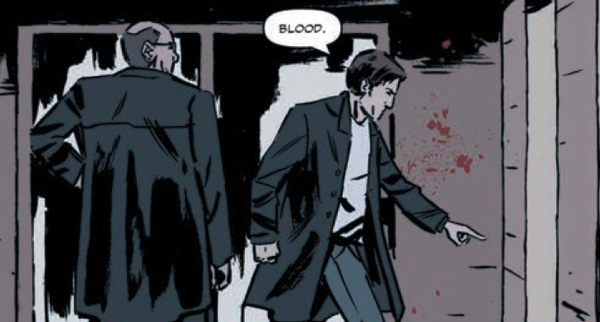 Written by Joe Harris whom is probably better know for his movie work, DARKNESS FALLS (seriously) and THE TRIPPER, definitely brings that sort of pacing to this work. He doesn’t explain too much, but much of that does not need to be explained. At least, not yet. Fun and breezy when it needs to be. Dark, moody and spooky when the drama kicks in. This is thanks to the art of Michael Walsh whose work plays like a poor mans Sean Philips. Mostly solid art and caricatures, with great muted colors by Jordie Bellaire. Notable exception being Skinner, who sadly looks wonky enough that it will bum out his fans. Well, it bummed me out. I love that tough old bird.

One issue in, and it seems to have a good feel of the show. I was goofing on it before I picked it up, and then found myself recommending it when I was done. (Though, I may be eating crow by issue 4.) I actually thought it was a shame that it was on IDW and not Dark Horse. I just don’t think IDW really pours it’s love into it’s franchises like Dark Horse. They put Chris Carters name as top billing on the front cover and a story credit. Which I believe is a little more than misleading. So really, the biggest problem I have with THE X-FILES comic is the company that publishes them. Not so bad.

You can find THE X-FILES Season 10 #1-4 on comic book store shelves now with more on the way!

In the San Francisco area looking for your next THE X-FILES comic book fix? If so, Check out MISSION: COMICS & ART. They’ve got you covered!