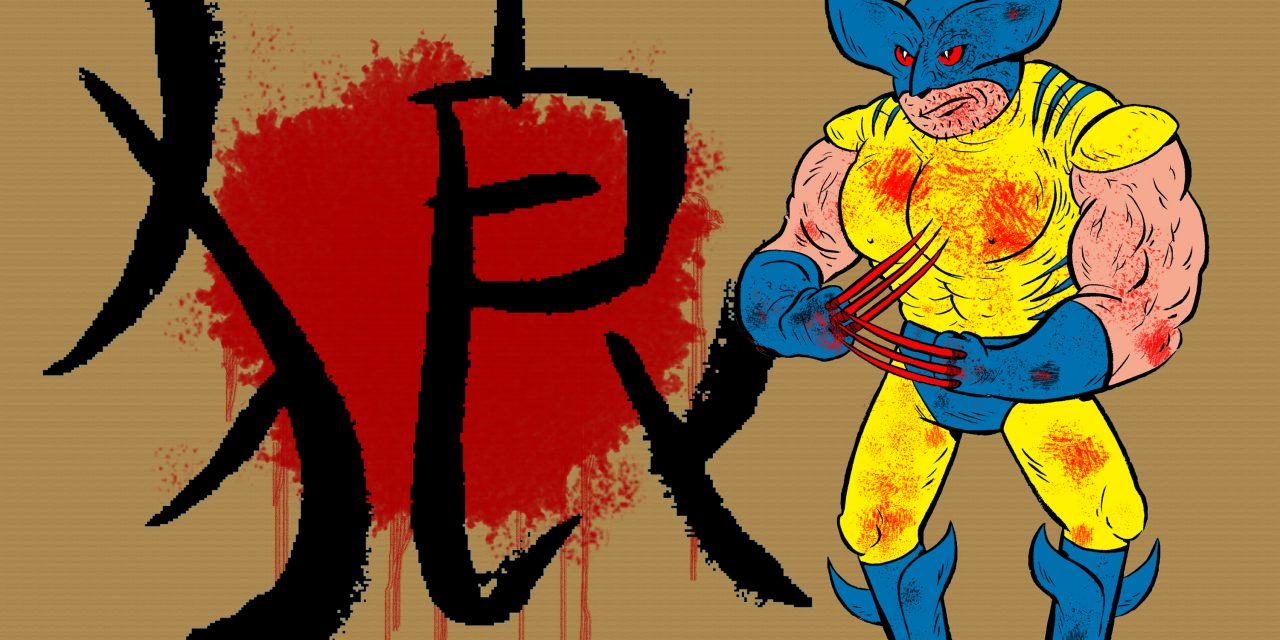 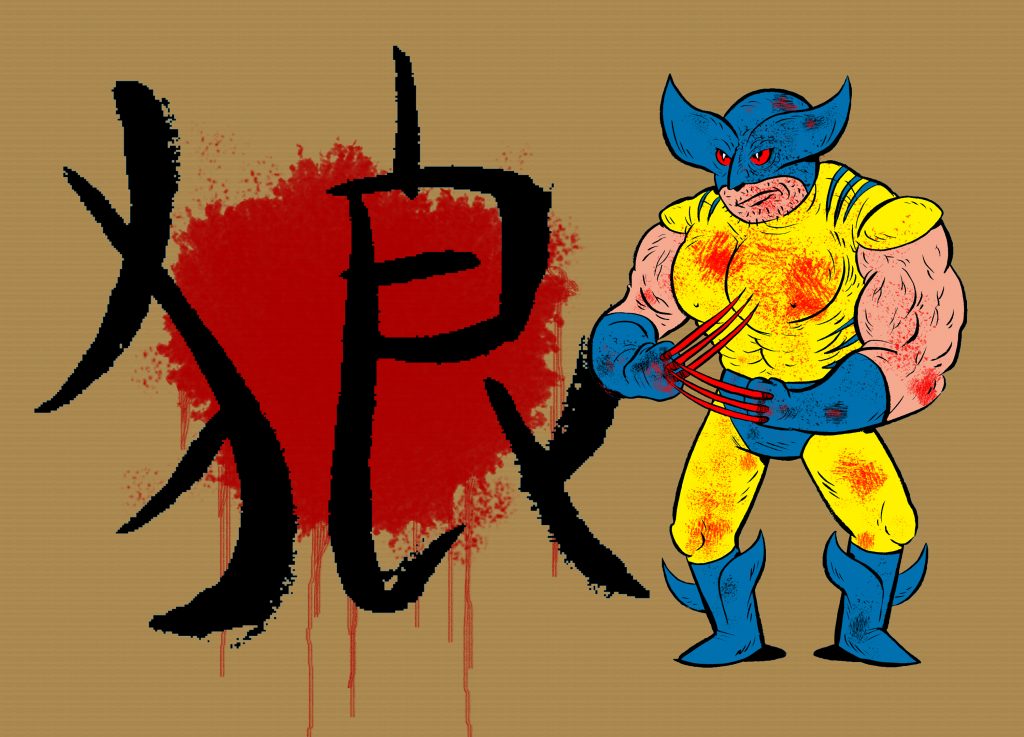 You could argue that some of the viewing public may be burnt out on Hugh Jackman’s cinematic escapades as Logan/Wolverine, the Marvel mutant berserker.  Not to say that the role is terrible!  Far from it: Jackman has stamped a pristine seal of quality on the gruff and enigmatic anti-hero ever since Bryan Singer’s first X-MEN film in 2000, making him just as much the break-out star of the film franchise as Wolverine is a star in the comic book franchise.  And therein may lie the problem.  The popularity of the character is so overwhelming that the X-films could essentially be seen as Wolverine films, as well.  The plots rely heavily on his involvement and other important characters (such as team leader Cyclops) get little-to-no screen time in favor of Logan and are unceremoniously done away with (like in X-MEN: THE LAST STAND).  And when it came to the canucknucklehead’s previous solo spin-off, X-MEN ORIGINS: WOLVERINE, the studio seemed to have the opposite approach in mind: give Logan the flimsiest of story arcs in favor of cramming as many cameos of other famous X-Folk in no matter how unnecessary or misplaced they may be.  Well, if you’re an X-Men fan apprehensive about seeing his latest adventures in THE WOLVERINE due to the bad taste left by ORIGINS, let me assure you that this is the solo outing you’ve been wanting from the start: a taut, well-paced action film, some much-needed character development and any or all excess trimmed off by razor-sharp adamantium glory!

Loosely based off of the landmark comic book miniseries by Chris Claremont and Frank Miller, THE WOLVERINE catches up with Logan sometime after the events of THE LAST STAND.  He has become a total recluse hiding away in the mountains, dreaming of his lost love Jean Grey and having renounced his violent ways.  All that changes when a girl named Yukio tracks him down with an invitation to Japan from her dying employer, tech mogul Ichiro Yashida.  Yashida, as it turns out, was saved by Logan in his youth from the Nagasaki bombing in 1945 (Wolverine has a long lifespan due to his healing factor, don’t ya know) and wishes to offer the mutant one final gift before his passing: mortality and a way to leave behind a long lifetime of pain and suffering.  As Logan ponders the offer, he soon finds himself engulfed in danger from all sides as the criminal organization called the Yakuza targets Yashida’s granddaughter Mariko and a mad mutant scientist named Viper closes in for sadistic experiments.  And to top things off, Logan’s vaunted healing factor mysteriously gives out on him, for the first time placing him in true mortal danger. 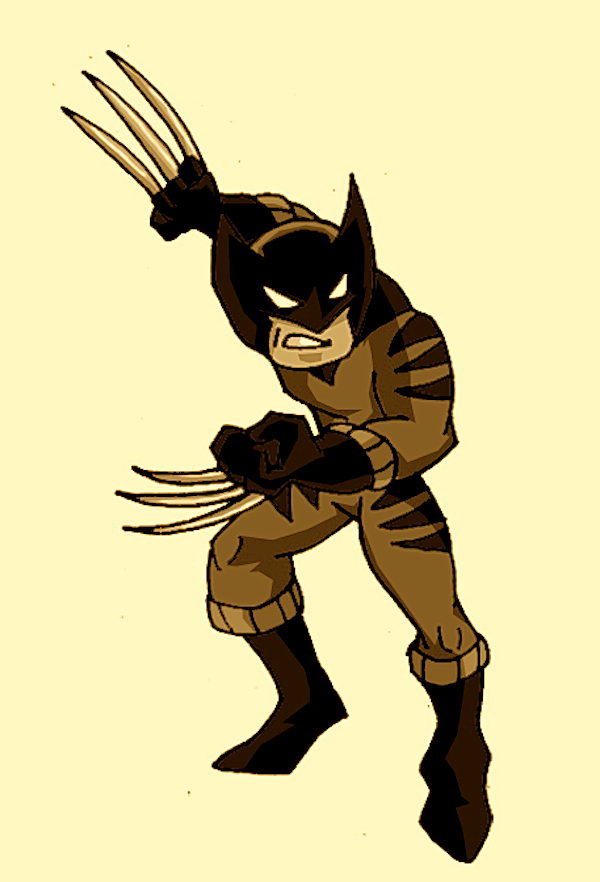 There is a lot to like in THE WOLVERINE.  There have been many shortcomings in previous installments of the X-MEN film series, but Jackman’s portrayal of Logan has never been one.  He is consistently entertaining and engaging in the role, offering up equal helping of tough-guy intimidation, smart-ass humor and vulnerability.  It’s clear Hugh has a deep understanding and respect for the character and he is given a grand opportunity to demonstrate that here.  Wolverine is put through the emotional gauntlet in this movie, starting out a secluded loner wracked with guilt and self-loathing and being forced to once again become the noble-yet-violent warrior he once was.  The entire time, you never once question that this is the logical advancement for our hero.  He has some serious demons wrestling within him and this excursion to Japan provides both him, and the audience, a necessary insight into his humanity and what is required of him to finally put some of his ghosts to rest.

This look into Wolverine’s character is further fleshed out through his interactions with his supporting players.  Rila Fukushima (KARMA: A VERY TWISTED LOVE STORY) plays Yukio as a faithful and feisty sidekick for him without wearing out her welcome.  It’s a very good dynamic between the two of them, with Logan essentially taking on the role of “big brother” to her while she is still able to demonstrate the ability to hold her own in a fight.  Frankly, I liked Yukio’s interactions with Logan more than any of his scenes in previous movies with Anna Paquin’s Rogue.  Japanese model Tao Okamoto does a commendable job in her debut film role as Mariko and though her character could be seen as nothing more than “standard action movie love interest,” she provides the character with a warmth and understanding that makes her developing relationship with Logan all the more genuine.  You believe that she could finally help him overcome the loss of Jean Grey.  Speaking of Jean, Famke Janssen (HANSEL & GRETEL: WITCH HUNTERS) returns to the role of the red-headed telepath to haunt Wolvie’s dreams from time to time, though the scenes never come off as too hokey or forced.  She doesn’t play Jean too cryptic and is able to rekindle the chemistry she shared with Jackman in the earlier films, providing a gentle but prominent reminder of the danger lurking within him.  Will Yun Lee (RED DAWN) plays Yashida enforcer Harada as a bad-ass Asian Hawkeye and Hiroyuki Sanada (LOST) is imposing as Mariko’s father Shingen Yashida.  About the only uneven performance I found in the film was Svetlana Khodchenkova (TINKER, TAILOR, SOLDIER, SPY) as the villainous Viper.  In a film playing for a darker tone and a more subtle approach to characterization, her broad “mad scientist” schtick felt a little out of place and tread dangerously close to resembling a 1960’s Batman TV villain.

In fact, the only real issues I had with the film came towards the end in the third act when everything started to resolve in the default “comic book movie” ending: grandiose action spectacle because…well…because!  Throughout the film, the action scenes are miles better than the set pieces of ORIGINS.  I feel a lot of it can be attributed to the Japanese setting and the need to incorporate elaborate martial arts.  Fights with Wolverine are more intimate and visceral as he takes on Yakuza thugs and ninjas alike, a bullet train sequence stretches the laws of physics a bit but still proves harrowing and all the while you’re up close and personal with Logan as his vulnerability (physically and emotionally) grows.  And then you have the Silver Samurai.  Don’t get me wrong, he looks impressive.  But like Viper he feels a little out of place in a story that, up until then, was much smaller in its scope with regards to dilemmas and challenges for our hero.  It didn’t detract at all from the viewing experience for me, but I just felt that I could have easily enjoyed seeing Wolverine hack and slash his way through another clan of ninjas rather than an oversized mech and the poor man’s Poison Ivy from BATMAN & ROBIN. 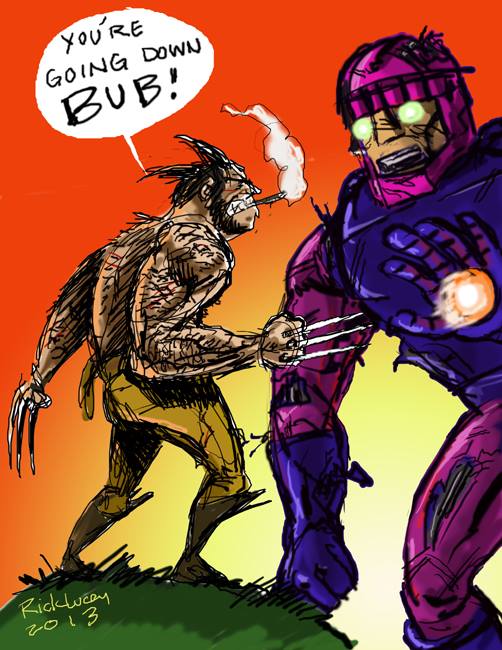 Honestly, I can see how my criticism of Viper and Silver Samurai can be interpreted as needless nitpicking of a comic book film.  They do serve as the “Big Bad” of the story somewhat, but again, what I really enjoyed about THE WOLVERINE was its need to tell a quieter story rooted in character and its own mythos.  Aside from the moments with Jean, this film follows a very self-contained story and any references to the other films are presented succinctly and to the point so that the narrative can continue unhindered.  No needless X-cameos to be found save for a post-credits scene meant to play up the anticipation for next summer’s DAYS OF FUTURE PAST.  Even then, it serves more as a friendly crowd-pleasing reminder that Logan is still part of a larger universe and doesn’t take away at all from the journey he has just been through.  No joke, you can go into this film without having seen any of the other X-Men movies and be able to get what this character and this world are all about.  I’m appreciative that director James Mangold (WALK THE LINE) gets that this is a Wolverine story first and foremost, and is able to maintain focus on that throughout the film’s duration.

There’s a lot to like here for newcomers to the X-Men films and longtime fans who may have been disappointed by Wolverine’s previous adventures on the silver screen.  This is a grislier, more personal story driven by a flawed hero still played with the same amount of passion and energy even after four previous installments (and one cameo in X-MEN: FIRST CLASS).  It delivers on the action and characterization and serves as a well-meaning return to form for the seemingly invincible (yet all too human) Logan, building off of the goodwill and revitalization for the franchise brought on by the afore-mentioned FIRST CLASS.  Hopefully, the momentum from this story will serve both Jackman and the character well as he and his fellow X-Men leap head-on into the time-bending DAYS OF FUTURE PAST!