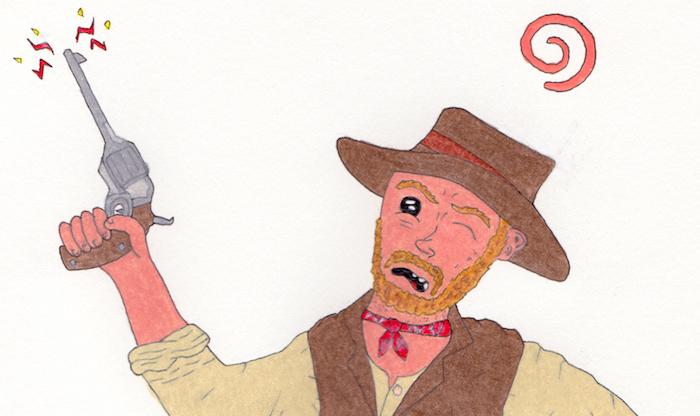 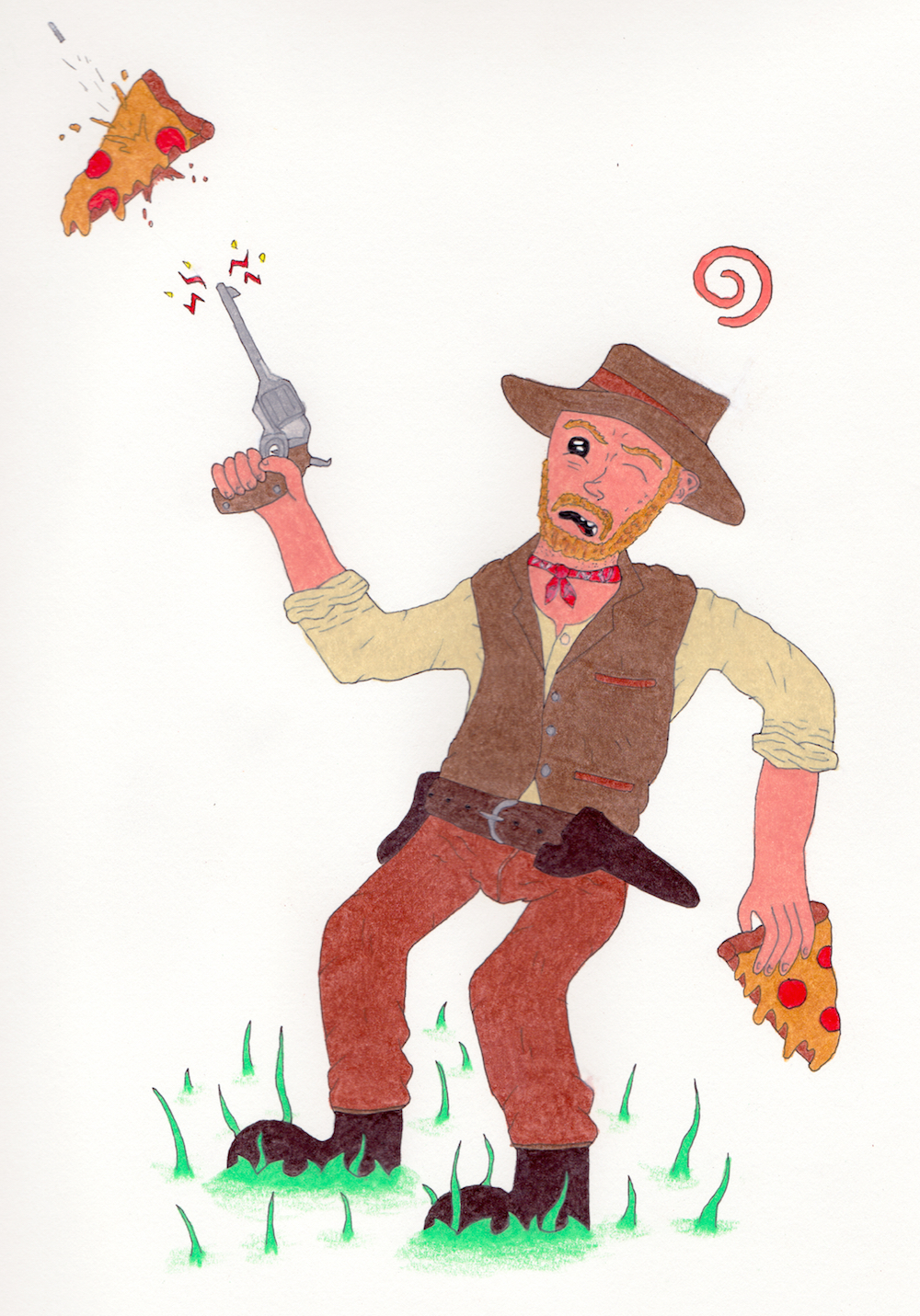 The rule of thumb for Hollywood right now is that everything old is new again, and in that vein we get yet another remake of a cinema classic with THE MAGNIFICENT SEVEN.  The film opens with a town desperately trying to figure out how to survive the ruthless industrialist, Bartholomew Bogue, who owns the local mine and has the local law enforcement bought and paid for.  Before the townsfolk can even come to a decision Bogue and his henchmen burst into the church where they are meeting and offer the people a pittance for their land and tells them they have four weeks to decide, then he promptly burns down the church.  As the townsfolk flee some decide to stand up to him, and are either beaten or killed for their trouble.  Emma Cullen, the widow of one of Bogue’s victims, sets off with another townsman to recruit help to defend their town, and she encounters Chisolm, a black peace officer and bounty hunter, who she recruits to her cause.  Chisolm immediately recruits a quickshot irishman by the name of Faraday who loves booze as much as he loves being a scoundrel, and they split up in search of more help.  Faraday fetches a legendary civil war hero by the name of Goodnight Robicheaux and his knife wielding asian companion, Billy Rocks, while Chisolm recruits a mexican bandit he was on the trail of who goes by Vasquez.  The group reunites and recruit a legendary frontiersman, Jack Horne, who is known for scalping, and lastly they bring in a Native American warrior named Red Harvest, who is incredibly fast with his native weapons, as well as a gun.  The group now assembled, they set off back to the town to clear out the ruffians and get ready for Bogues return.

The Magnificent Seven features a classic story of men coming together to fight for those who can not fight for themselves, and while such a story is timeless, the quality will always come down to the execution, and that is where this latest version makes itself notable.  In a year full of movies with three act stories that failed to develop the second act, such as BATMAN V SUPERMAN, SUICIDE SQUAD, and INDEPENDENCE DAY: RESURGENCE, The Magnificent Seven stands out because it actually manages to flesh out its characters enough to get the audience hooked and caring, making the third act the glorious culmination it should be.  While the characters are varied, they are without a doubt archetypal characters long found in western and frontier films and don’t vary a great deal from those roles.  However it is the mixing of all these characters into a single group that makes this movie charming, much in the same way that Akira Kurosawa melded story elements in the original film, SEVEN SAMURAI, to create something new, that is accomplished here by having all the hallowed character types from the old west grouped up for the greater good, giving us a movie that is terrifically fun, despite being a bit unrealistic.

The production values for THE MAGNIFICENT SEVEN were pretty solid, with the film looking and feeling like a western.  Director Antoine Fuqua (THE EQUALIZER) used plenty of wide shots to cover the picturesque landscapes as well as a good mix of panning, tracking, and tighter shots to cover the action.  Another highlight of the directing was how Fuqua used two shots and group shots to establish, coupled with the dialogue, the relationships between the various members of the outlaw group; he did a good job of matching the framing with the social dynamics that were being played out.  A downside of the feature was the skimpy use of blood.  By no means am I saying the film should’ve been a bloodbath, but considering the amount of people who were gunned down there wasn’t much blood being shown, which sapped some of the realism from the film.  The costumes were solid and looked appropriate for the characters, and while they may not have been 100% historically accurate, nothing was so out of place that it distracts from the story.

The collective talent gathered in this film is outstanding, and definitely the best part of this the remake.  Denzel Washington (THE EQUALIZER) takes on the part of Chisolm, peace officer and leader of the group of defenders.  Denzel delivers a great performance, as usual, giving us a calm yet sharp black bounty hunter who isn’t afraid to go toe to toe with anyone.  Stepping into the role of Josh Faraday is Chris Pratt (JURASSIC WORLD) and he is a hoot as the hard drinking irish gunslinger.  Pratt always seems like he is having fun when he is on the screen, so it’s no surprise that he is excellent as the wisecracking troublemaker of the band, but he really shines in a small scene where we get to peak behind Faraday’s mask a bit and see the troubled soul hidden within.  I hope Pratt gets an opportunity for more diverse roles in the future, because I think we are just beginning to see how talented he really is.  One of the most nuanced performances comes from Ethan Hawke (MAUDIE) who plays the part of Goodnight Robicheaux, a civil war hero who is struggling with the mental toll a life a violence takes.  Hawke effortlessly brings Robicheaux’s conflicted personality to life, seamlessly going from a quiet, steely eyed killer to a man haunted by the things he’s done, giving us a character that is engrossing and intriguing.  Vincent D’Onofrio (Netflix’s DAREDEVIL) tackles the role of Jack Horne, a mountain man who made a name for himself as a tracker and bounty hunter, but who comes off a bit unstable.  D’Onofrio was the biggest surprise of the cast, as he is exceptional as the strange frontiersman who appears as ruthless as he is religious; he easily steals scenes and definitely leaves you wanting more.  The quick shooting, knife wielding asian, Billy Rocks, is played by Byung-hun Lee (GI JOE: RETALIATION) and he does a good job with the part.  Lee is sharp as the understated foreigner, giving us a character who is unassuming but impressive whenever he makes a move.  Lastly, Peter Sarsgaard (BLACK MASS) takes on the part of Bartholomew Bogue, the nefarious villain who is trying to drive off the homesteaders.  Sarsgaard is perfect as the ruthless, cold hearted tycoon who cares more for profit than people, and he delivers his lines with an intense style that borders on psychopathic, making him one of the most fun characters in the film.

While THE MAGNIFICENT SEVEN is a remake, it does tackle a classic story that is easy to enjoy.  The story is solid, the dialogue is fun, the directing is more than competent, and the performers are a hoot.  If you are looking for an exciting movie to end the summer or kick off the fall, than this picture might be right up your alley.