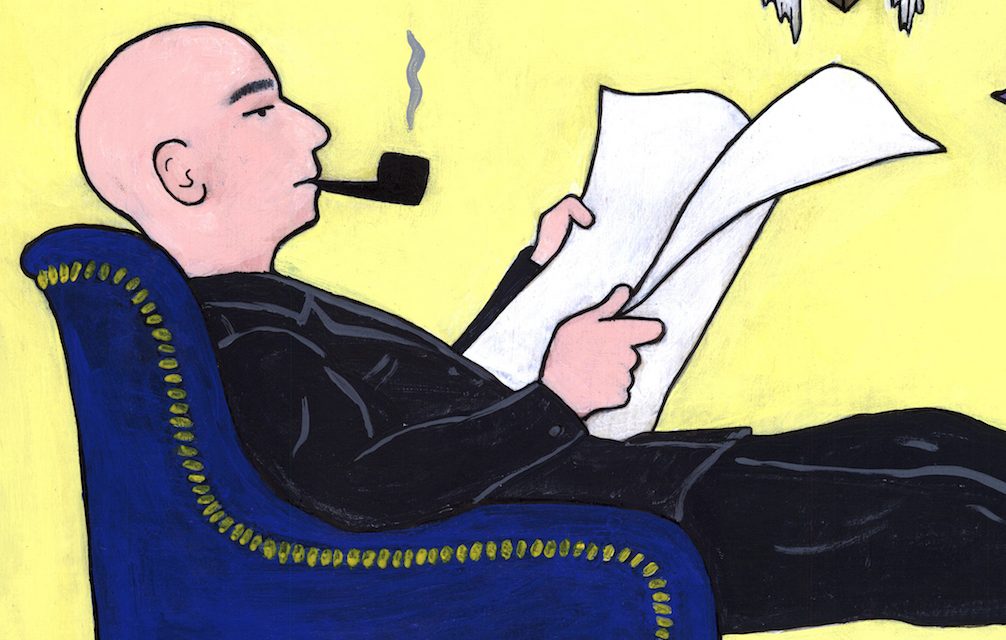 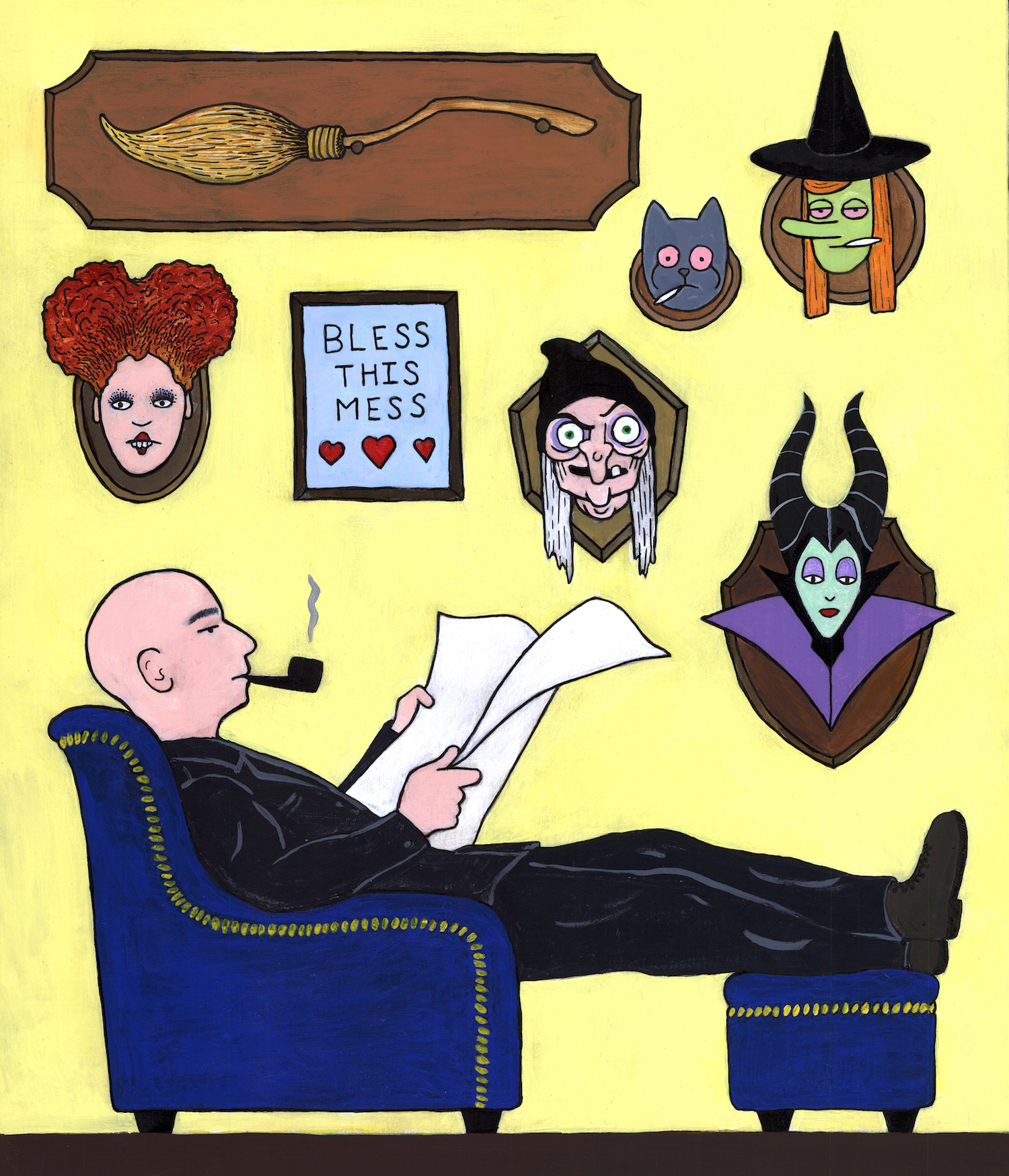 In all seriousness, if you’re going into a Vin Diesel-starring vehicle with such an on-the-nose title as THE LAST WITCH HUNTER, you’re not expecting Shakespeare or CITIZEN KANE.  At best, you’re hoping to be momentarily entertained by dazzling visuals, thrilling action or (in my case) a good chuckle at how monumentally dumb-yet-earnest the whole experience is playing out.  At worst…you get unbearably boring and depressing dreck like SEVENTH SON or FANTASTIC FOUR.  Thankfully, this film worked out pretty well for me this time around in that regard.  By no means is THE LAST WITCH HUNTER what we typically would define as “good,” but at least I didn’t regret seeing it.

Diesel plays Kaulder, a warrior from the Middle Ages cursed with immortality after slaying the evil Witch Queen who caused the original Black Plague.  800 years or so go by and present day Kaulder is the titular “witch hunter” (who, barely does any witch hunting in the movie) for the sacred Order of the Axe & Cross that maintains an uneasy truce between humanity and magic folk.  Of course, the truce is about to become undone when we step into the story as Kaulder’s sidekick, a guy from a long line of loyal priests called the 36th Dolan (Michael Caine, KINGSMAN: THE SECRET SERVICE), is apparently murdered by dark magic.  It’s up to Kaulder, Caine’s successor the 37th Dolan (Elijah Wood, LORD OF THE RINGS) and a witch bartender named Chloe (Rose Leslie, GAME OF THRONES) to unravel the mystery and, as expected, save the world from ultimate evil.

As I mentioned before, the title of “witch hunter” isn’t necessarily accurate for Kaulder as he spends most of the movie piecing clues together, having hallucinations of his past to find clues or explaining the ever-growing list of rules for this world to Chloe and Dolan 37 in order to, you guessed it, search for clues.  He’s really more of a “witch detective.”  Then again, TV’s BUFFY THE VAMPIRE SLAYER wasn’t limited to just vampire slaying, so I’ll give this dude a pass.  And, much like BUFFY, the movie plays fast and loose with its world-building without losing its sense of self-aware whimsy.  Indeed, what would typically prevent me from calling “bullshit” on something like this or BUFFY (with their convenient spells for every eventuality, “demons of the week” or loophole prophecies that have never been mentioned before now) is the earnestness that the players present. Diesel gets saddled with a lot of exposition as he lays out how this world works, but at least he looks like he’s having a good time doing it.  It’s also refreshing to see him portray an immortal who isn’t haunted or grim about his long life, but is actually rather humorous and tech-savvy.

I’m also glad that the rest of the cast is in on the joke that is, let’s face it, the movie in general.  Michael Caine doesn’t have to be trying as hard as he is, but I was grateful for the effort since a lot of his interactions with Diesel are some of the more humorous parts of the film.  Elijah Wood’s shift in character towards the end was predictable (he hasn’t played a “purely good” character since LORD OF THE RINGS), but at least he seems to be having fun playing faux wide-eyed innocence.  And it is a treat to see typically tough-as-nails Rose Leslie convincingly portray a novice and nervous witch with an ever-expanding power set who seems to constantly be on the receiving end of “knowing nothing” for a change.  Everyone seems eager to play so even during slower portions of the film, the proceedings aren’t dragging on the senses as they would in a snooze-fest like SEVENTH SON.

Thank goodness for the cast’s “go for broke” approach to elevate the material because a majority of the action spectacle isn’t that…spectacular.  Don’t get me wrong: seeing Medieval Vin Diesel with an obvious fake beard and mohawk holding a flaming sword in battle is pretty cool at first, but it quickly loses its appeal when you find out that all the fight scenes eventually revert to the standard “shaky cam” approach.  It doesn’t help matters that a lot of the fights take place in dank dark locations where it’s already hard to see, but I suppose that comes with the “bump in the night” territory that the film has staked out for this story.  From an effects standpoint, it isn’t the best CGI, but it gets the job done.  Not once do you believe that New York City is being covered in Plague wasps or that Kaulder’s Wolverine-like ability to heal looks real, but again, everyone is giving it their all to convince you that their responses are genuine.  I do appreciate a bit of the design work.  The Witch Queen’s “spinal cord ponytail” is somewhat memorable and the details in Kaulder’s apartment or the Witch Council’s headquarters are well detailed, but the palette for WITCH HUNTER is very desaturated and bleak.

Ultimately, what sold me on this viewing was how everyone (especially Diesel) delivered on the sincerity of a fairly stable premise.  The story may be painfully by-the-numbers, but the cast’s over-investment in selling you on what’s happening salvages the movie despite fairly pedestrian action sequences.  Is THE LAST WITCH HUNTER stupid?  Oh, hell yeah!  But at least I found it entertainingly stupid thanks to everyone’s natural charm and ability to take lackluster material and put some kind of shine on it.  I would only really recommend seeing this movie in theaters if you are just that much of a diehard Vin Diesel fan.  There’s no 3-D to be dazzled by, so nothing would be lost in viewing it on Netflix or a movie channel.  THE LAST WITCH HUNTER and everyone involved in it know absolutely what kind of movie this is in the long run…and they still give it everything they’ve got.  Just because it’s dumb doesn’t mean it has to be boring.