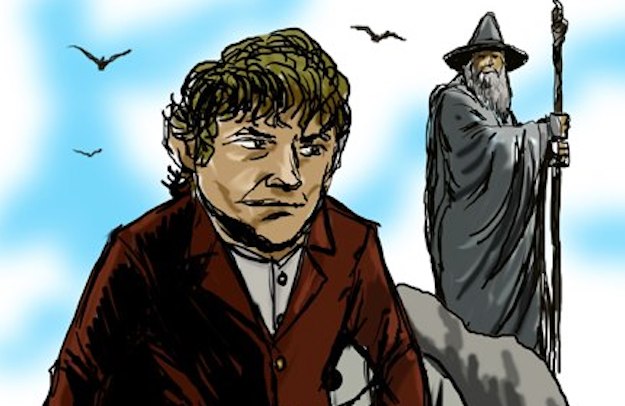 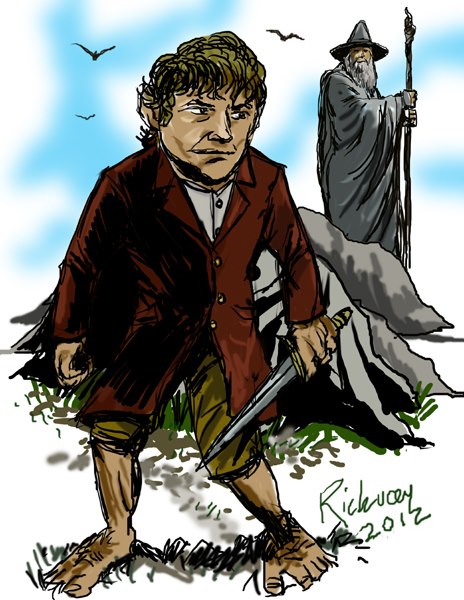 Director Peter Jackson (THE LORD OF THE RINGS) returns to Middle Earth with THE HOBBIT: AN UNEXPECTED JOURNEY which tells the first installment of Bilbo Baggins’ grand adventure. Bilbo Baggins is just like every other hobbit, he enjoys a quiet life and is content to avoid things of an excitable nature, however, an encounter with Gandalf the Grey, the wandering wizard, sets the wheels in motion and Mr. Baggins is propelled into a great adventure; one which finds him traveling far from his home with a merry troop of dwarfs intent on reclaiming their homeland which was stolen from them by a horrendous dragon by the name of Smaug. While the task of tackling a dragon is daunting in and of itself, the journey to the Lonely Mountain, where the dragon resides, is quite long and there are many perils and chance encounters to be dealt with along the way, such as elves, trolls, and orcs, just to name a few.Peter Jackson has developed a talent for making beautiful movies, and THE HOBBIT: AN UNEXPECTED JOURNEY is no exception. Once again filming in New Zealand, Middle Earth comes to life in sweeping panoramic shots that draw you in to the world and make you feel like you are there. Beyond the natural beauty, the sets and settings are all meticulously crafted or digitally created to give the audience a very realistic looking fantasy world. Additionally, there is a lot of really fun camera work to dazzle the eyes and keep things fresh. And what would a fantasy world be without mythical creatures? Jackson continues to fill the screen with creatures out of JRR Tolkien’s imagination and does a fantastic job of making them look very real and believable. If you aren’t impressed with the make up craft used in the movie, than head over to Internet Movie Database and look up the actors who play the dwarves, and if that doesn’t sway you then your head has clearly been addled. I can’t speak on the debate about the film being shot in a high frame rate, because I wasn’t aware that one of the theaters in my town actually upgraded to be able to handle high frame rate until I had already seen it, but you can bet I want to check it out now that I know its available. 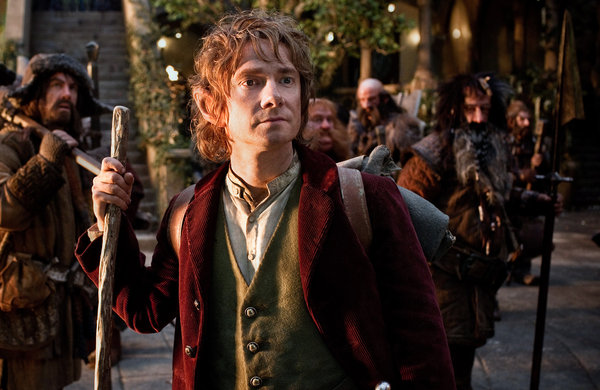 As well crafted and beautiful as any movie is, it won’t be very entertaining without a decent cast; thankfully Jackson has assembled a terrific group of actors in THE HOBBIT: AN UNEXPECTED JOURNEY. Martin Freeman (BBC’s SHERLOCK) steps into the role of Bilbo Baggins. Initially I had some trepidation about this casting, as I really like his portrayal of Watson on SHERLOCK I thought it would be difficult to separate the two, especially since he is following the iconic Ian Holm (THE LORD OF THE RINGS; who also has a small part as the aged Bilbo in the film) in the role of Bilbo, however, I found myself thoroughly enjoying his performance and believe that Bilbo is quite a good fit for him. Richard Armitage (BBC’s ROBIN HOOD) tackles the role of Thorin Oakenshield, and does a pretty great job of it; he really masters the voice and tone of a leader. Sylvester McCoy (BBC’s DOCTOR WHO) plays Radagast the Brown, and while I found the character a little too kooky for my taste, I thought he played him well. I found Graham McTavish (TV’s 24) as Dwalin to be an interesting addition to the cast. He played the part very well, being one of the more memorable dwarves, and I am happy to see him doing actual movies as most of his career has been voicing characters for video games. Ian McKellen (X-MEN) reprises his role of Gandalf and does his usual amazing job with the character. In addition to Mr. Mckellen, several other characters reprise their roles from THE LORD OF THE RINGS: Christopher Lee returned as Saruman, Hugo Weaving returned as Elrond, Cate Blanchett returned as Galadriel, Andy Serkis returned as Gollum, and Elijah Wood returned as Frodo. There are far too many dwarves in the movie to cite them all here, but the entire party of dwarves that Bilbo accompanies did a great job and I am eager to see them get more face time and character development as the franchise continues.

I did have some problems with THE HOBBIT: AN UNEXPECTED JOURNEY, however, most all of them stem from the fact that I am a huge Tolkien fan and I take umbrage with some of the liberties taken in the adaptation. Since discussing this would entail a great deal of spoilers, and since many people interested in the movie may have not read or don’t care about the book, I made a separate post about it titled NERD RANTS: Peter Jackson’s THE HOBBIT: AN UNEXPECTED JOURNEY, you can check it out NOW or after the review if it is something that interests you. 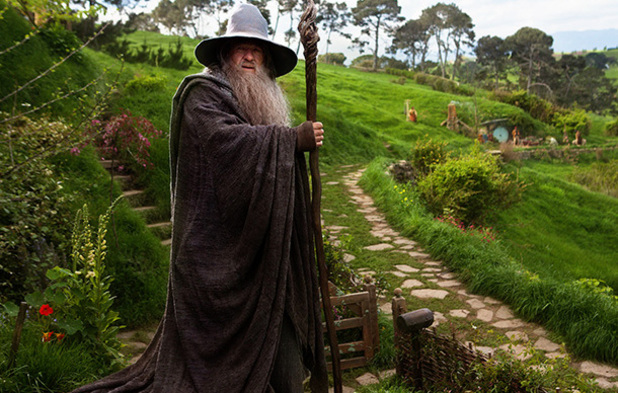 While fans of LORD OF THE RINGS had to wait nearly a decade (and through a myriad of attached directors) for THE HOBBIT: AN UNEXPECTED JOURNEY, I believe most of them will be pleased with the new movie, and even more pleased that Peter Jackson is at the helm. His considerable directing talents have only improved in the intervening time and his skills really shine through in the new movie; combine that with a fantastic cast and you get a movie that is a great deal of fun. However, if you are a stickler for the source material you will really need to approach this movie with an open mind. Lastly, make a point to check this movie out in theaters, the scope and beauty of the film practically demands it.