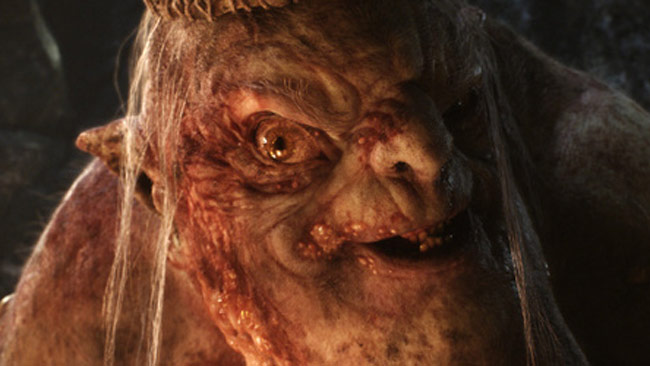 Before I get into things I would like to make an initial point, THE HOBBIT: AN UNEXPECTED JOURNEY is nearly three hours long and is the first of three movies covering a 300 hundred page book. So from my perspective, even with the more extensive back story and adding in the white council subplot, there is no reason that the story couldn’t have been handled relatively accurately in roughly 9 hours of film.

As much as I was looking forward to seeing THE HOBBIT on the big screen, I found the adaptation (in comparison to the source material) to be completely reprehensible. It is well known that Peter Jackson intended to include Dol Guldur, the necromancer, and the white council in THE HOBBIT films. This excited me for I thought it was a really cool story that could add to the movie. While most of the encounter with the necromancer is never covered by Tolkien, what is clearly stated is that Gandalf was given the key and map of the Lonely Mountain by Thrain in the necromancers dungeon, so the fact that Gandalf already has the map and that Jackson has Radagast doing the initial investigation of the necromancer is bothersome. Additionally, Dol Guldur is supposed to be a fortress and stronghold, yet they have it portrayed as ruins in the movie.

I was very perplexed by the coming of Smaug flashback. The book makes it clear that Thorin and other dwarves survived Smaug because they were not actually inside Erebor at the time but outside on a lower part of the mountain. Only a very few dwarves escaped Erebor through the secret door, everyone else in the city was killed by the dragon, who is portrayed in the book as an altogether devastating force. This, along with the changes to the Battle of Azanulbizar, are unnecessary embellishments used to prop up Thorin (and some of the other dwarves) as a greater hero than he actually is. There were plenty of ways they could have made Thorin more impressive (although I think his real back story is impressive enough), but the continuous heroic portrayals just seem out of place and forced, at least from my perspective. 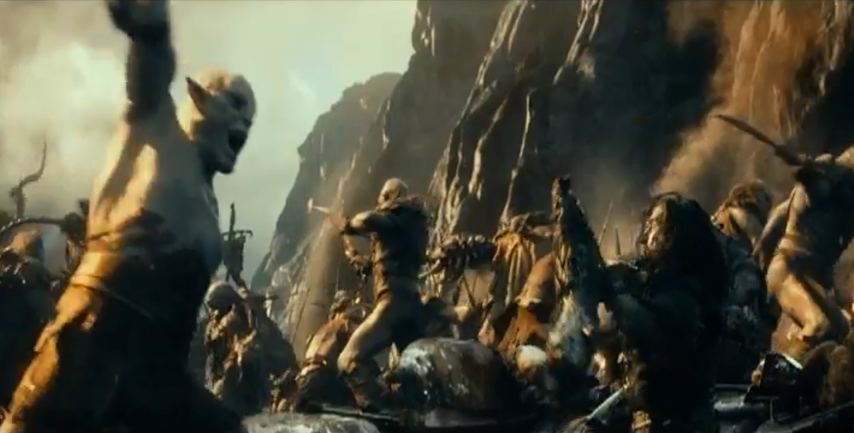 A massive change is Azog. Those familiar with Azog from Tolkien’s work will know that he was an Orc lord of Moria who killed Thror which sparked off the Dwarf/Orc war. While the Battle of Azanulbizar was briefly touched on in THE HOBBIT, they greatly simplified the back story, which I would have been okay with, but the fact the movie has Azog living and making him a prominent antagonist who chases Thorin and company throughout the movie is just ridiculous. There are certainly other ways they could have made the initial leg of the journey more intense without completely annihilating a great deal of canon and over embellishing a character that already had a cool story of his own.

I was also bothered by the intense animosity between the dwarves and the elves. While it is true that there is often ill will between dwarves and elves in Tolkien’s works, even in The Hobbit, there was no animosity between Elrond and his elves and Thorin’s company. Creating a blanketed animosity between them lessens one of the more interesting friendly encounters in the book and also robs us of the fun songs the elves sing as Thorin and company arrive in Rivendell (actually I was rather disappointed that many of the songs from the book were not included in the movie). 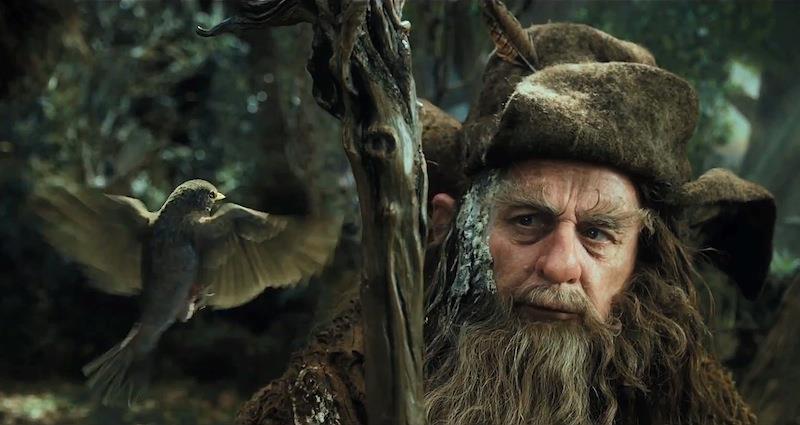 Possibly the biggest issue for me was how the overall tone was handled. The book certainly has a light tone, being that it is written for young adults, and is often amusing at times (the dwarves intruding on Bilbo and the encounter with Beorn come to mind) but it never really comes off as over the top funny or silly, in fact it is often very serious (the dwarves in the goblin cave comes to mind) but Tolkien keeps details light and glossed over so as not to lose his general audiences tone. Unfortunately, the movie often comes off as funny and silly. A major issue of silliness is Radagast, while they certainly portrayed his love of birds and beast, they made him seem kooky, more like a character to be poked fun at than respected, which I found distasteful being that he is one of the five wizards. Additionally, many of the more violent or frightening encounters are made overly funny. The encounter with the trolls is certainly meant to garner laughs in the movie, and so is the dwarves capture and interrogation by the goblin king. The encounter with the goblin king should have been one of fear and intensity, not laughter. The portrayal of Orcs was also overly lightened in the movie. In THE LORD OF THE RINGS we get to see the orcs of Moria, who are part of the orcs of the misty mountains. They are a rough, vile looking creatures in heavy armor. However, the appearance of the orcs throughout the entire movie is more gentle, not that they don’t appear to be evil creatures, just that they have been smoothed out around the edges. Again, I find this completely unnecessary, they should have been portrayed just as fearsome as in LOTR.

THE HOBBIT: AN UNEXPECTED JOURNEY strays so far from the source material that it is hard to believe it was adapted by the same man who made THE LORD OF THE RINGS Trilogy. I expected some small changes here or there, but not many given that they were going to make this single book into three movies, what I was given was unnecessarily altered story points and a movie that seems to care more about making things funny than telling the actual story.

Mr. Jackson, as a fan of J.R.R. Tolkien and the original source material, I am greatly disappointed.

Check out my full review for THE HOBBIT: AN UNEXPECTED JOURNEY if you have not done so already.