THE FATE OF THE FURIOUS Movie Review 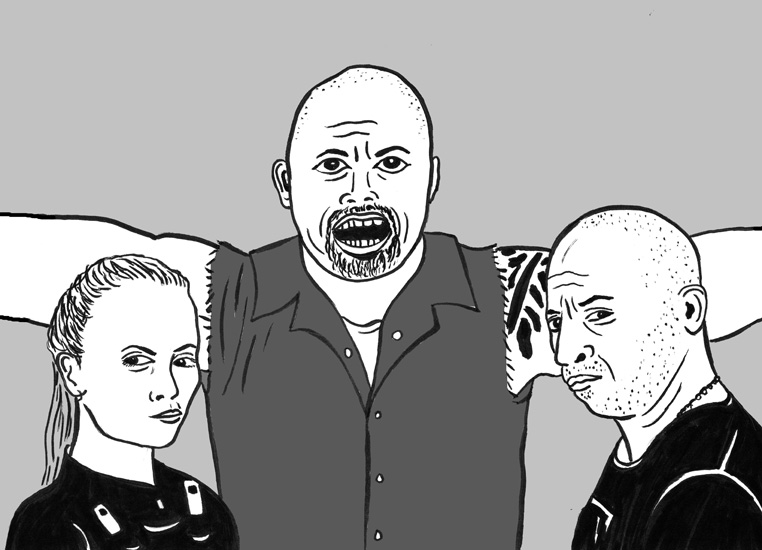 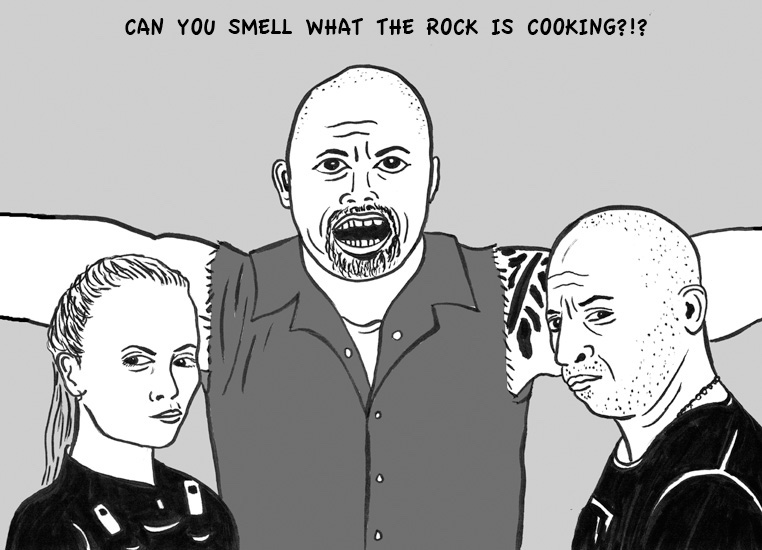 You either like this franchise by now or you don’t. I can shamelessly say that I like it. What’s not to like about a buncha meatheads roving around in expensive-ass cars cruisin’ for a bruisin’? Ok, let me step back a little and sound completely hypocritical. I kind of don’t like this franchise too. Let’s just meet in the middle and say that I have a very love/hate relationship with the FAST & FURIOUS films. I’m confused. This franchise confuses me. In a good way?

The best analogy I can come up with for this franchise is that it’s like eating a an egg salad sandwich. It seems like a good idea at first (THE FAST AND THE FURIOUS). I almost always immediately regret the decision (2 FAST 2 FURIOUS and TOKYO DRIFT). In the middle it kind of tastes good and I see why people like it (FAST AND FURIOUS, FAST FIVE). As I chew it begins to sour yet maintains a shred of pleasure (FAST AND FURIOUS 6, FURIOUS 7). And then I snap out of it and the aftertaste is a little bogus. That’s where THE FATE OF THE FURIOUS lands I’m afraid. It’s starting to all taste bad again, but I kind of like it.

I don’t want to rag on THE FATE OF THE FURIOUS too much. Anytime one of these movies hits the theatre I’m 100% down and willing to drop some dollars on the experience! This go-around just kind of stunk. I should absolutely never feel bored during a movie that is defined by high-octane action, fast cars, and explosions. But alas, this installment was pretty bland and forgettable compared to the last few.

Dom’s (Vin Diesel) world gets flipped upside-down when a mysterious stranger named Cipher (Chalize Theron) shows him a picture that makes him turn on his family in a heartbeat. At this point in the franchise, mainstays include Dom’s lover Letty (Michelle Rodriguez), his comic relief obsessed pals Tej (Ludacris) and Roman (Tyrese Gibson), former muscle-bound enemy  Hobbs (Dwane “The Rock” Johnson), and a hacker named Ramsey (Nathalie Emmanuel). They all have great chemistry on screen since each have been in a handful of these films already, and while their performances may be a bit on the hollow side, they are redeemably fun to watch. We also get the big baddie from the last film Deckard (Jason Statham) on board to join the crew, and we see the return of Mr. Nobody (Kurt Russell ) to lead the crew. All in all, the cast is just fine doing what they can in a movie of this ilk. At the very least, you can tell they are having a blast.

So I diddin’t expect any award-winning performances here, and I sure as hell diddin’t expect any kind of plot that I would care about. And even with my expectations low, I still didn’t have much fun here. 2 hours and 16 minutes is just too damn long. Some of the action was alright, but completely forgettable. And I just didn’t really care about the fate of any of these characters. Which is funny because the word ‘fate’ is in the damn title. Shave off about 30 minutes, give the characters more dialogue to chew on besides corny-ass one-liners, and put a little more emotional weight in the action that may result in more defined consequences and maybe this could have been more successful. I didn’t hate THE FATE OF THE FURIOUS, I was just unimpressed and a little bored at times.

You probably already know if you’re going to enjoy this movie or not. As I said before, I kind of like this franchise, but it dips up and down a little too much for my liking. Unfortunately THE FATE OF THE FURIOUS was a bit of a downward dip for the franchise, but I have faith it can regain some of its established traction. The characters are likable, the action is usually hot, and at best it can be a pretty damn admirable guilty pleasure experience. But don’t be jealous Roland Emmerich’s 2012, you’re still my guiltiest of pleasures. Always have been, always will be. Go see THE FATE OF THE FURIOUS if you dig the others, it’s worth the experience in theatre, just don’t expect anything new or surprising.

Bonus Tip: Watch this film with friends and take a shot of whiskey every time someone says “Family”. Trust me.

And in case you missed it: