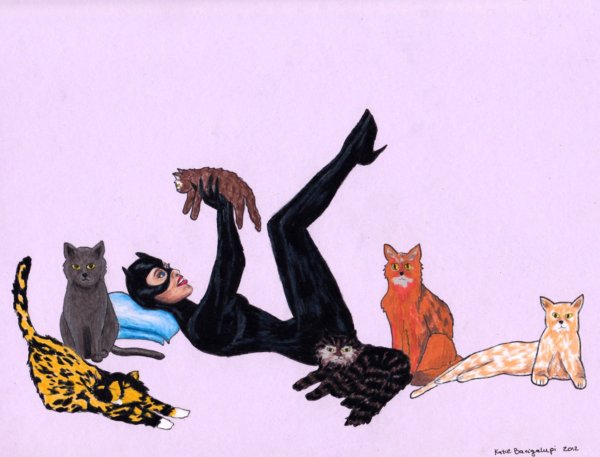 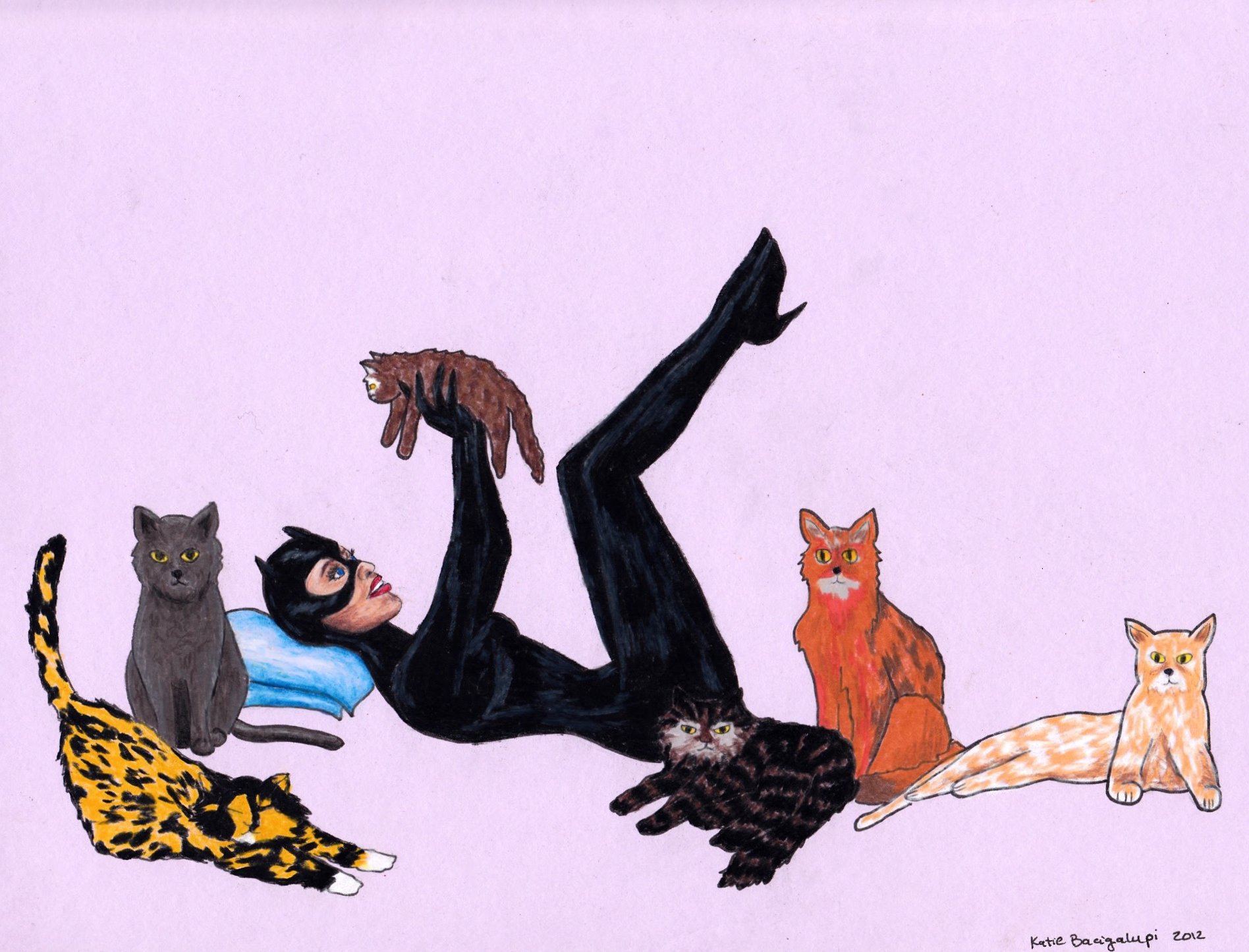 THE DARK KNIGHT RISES is finally here putting an end to Christopher Nolan’s (INCEPTION) epic Batman trilogy starring Christian Bale (THE FIGHTER). I think Nolan’s biggest challenge this time around is competing with his very own THE DARK KNIGHT which stands as one of the best super hero movies of all time right up there with SPIDER-MAN 2, the original two X-MEN films, and more recently X-MEN: FIRST CLASS and THE AVENGERS. Unfortunately THE DARK KNIGHT RISES never reaches the heights of the first two films in the series due to a few uninspired characters, a somewhat predictable and safe plot,  and a lack of “jaw-dropping” action. That said, this is by far an above average film and  I do believe it is a wonderful movie that successfully adds cohesion and a worthwhile conclusion to Nolan’s Bruce Wayne/Batman trilogy.

The narrative in THE DARK KNIGHT RISES is unique in that it picks up a staggering 8 years after the events of THE DARK KNIGHT. We see a beat up and much older version of Bruce Wayne who literally lives in the shadows and has never quite recovered  after being framed (as Batman) for the murder of District Attorney Harvey Dent. He is physically and emotionally drained and lives a life of regret. Things soon heat up when a terrorist named Bane (Tom Hardy; INCEPTION) takes control of the city and begins to destroy everything Wayne has sought to protect. Soon after, Wayne must make a choice that will force him to confront his inner demons and rise as Gotham’s protector or perish alongside them. We spend a lot of time with Bruce Wayne in this installment and get the best insight yet as to who he is and why he makes the decisions he does. I very much enjoyed seeing Wayne a lot more as I felt that was the one thing lacking in THE DARK KNIGHT. My main gripe is that this film has a lot of twists that are seen a mile away and the main threat of a terrorist with a nuclear weapon is a bit uninspired compared to what we have seen from Nolan in the past. This may be a ntpick, but I’m just not a fan of the whole “the clock is ticking” narrative that the last quarter of this film carried. Again, uninspired. While the story may have a few dull moments here and there, the overall themes and discoveries are strong and have a worthwhile payoff in the end because it’s the investment in the characters themselves that are engaging here. I can easily say that after watching THE DARK KNIGHT RISES, one cannot help but see that all 3 movies in this series really do tie together nicely crafting one of the best trilogies in recent memory.

Christian Bale is in top form as Bruce Wayne and is an absolute pleasure to watch, but much like the previous Batman films in Nolan’s universe, THE DARK KNIGHT RISES is very much an ensemble piece. While this third installment is undoubtedly Bruce Wayne’s story of self discovery, all the characters surrounding him make for an even more rich and complex experience for the most part. The series mainstays including Gary Oldman (BOOK OF ELI) as Commissioner Gordon, Morgan Freeman (WANTED) as Lucius Fox, and Michael Caine (CHILDREN OF MEN) as Albert all do a fine job with their character and they all get their moment to shine at least once. Gordon gets the most screen time of the three here and I really can’t imagine any other actor doing this character better than Oldman. Freeman’s role is somewhat limited here but necessary and while Caine gets the least amount of screen time, he definitely packs an emotional punch this time around as he commits to the father figure role more than ever.

The newcomers in this installment include Tom Hardy (INCEPTION) as the main villain Bane, Anne Hathaway (GET SMART) who gives a better than expected performance as Selina Kyle (aka Catwoman), Joseph Gordon-Levitt (LOOPER) as a young beat-cop named Jonathan Blake, and Marion Cotillard (BIG FISH) as Miranda who serves as Wayne’s main love interest this time around. I have kind of a love/hate relationship with Hardy as Bane. I enjoyed that he was a huge physical threat to Batman and that he had some interesting ties to his past. On the other hand, he was kind of boring to watch, he did a lot of the same things over and over, and I thought his voice sounded a bit goofy and a little too dubbed for my liking. The main issue is that he never proves to be as menacing or interesting as past villains such as Heath Ledger’s (THE DARK KNIGHT) Joker, Aaron Eckhart’s (THE DARK KNIGHT) Two-Face, or even Liam Neeson’s (BATMAN BEGINS) Ra’s al Ghul. Hathaway as Catwoman was not as distracting as I anticipated and was fun at times, Levitt as Blake was probably my favorite new addition and he had a strong screen presence here as a main motivator for Batman to get back in the swing of things, and Cotillard as Miranda was an interesting addition that ended up being a pretty crucial character. All in all, the actors did a fine job and no one was distractingly bad. I suppose my main gripe is that none of the characters really shined besides Bale who quite possibly gave us his best Bruce Wayne/Batman performance yet. The main aspect that makes these characters work is that their stories all give us insight as to who Bruce Wayne/Batman really is and why he makes the decisions he does.

Something I struggled with in THE DARK KNIGHT RISES was the overall action. This is a summer blockbuster starring one of the most bad ass superheroes of all time. I never really felt like I saw Batman BE Batman. I was confused as to why he never really utilized any of the gadgets at his disposal and decided to swing his fists at Bane who is obviously a lot stronger than him physically. Let me put it this way; if I’m fighting a gorilla, I’m not just going to start punching him in the face. I would try and trap him, trick him, and use the supplies and gadgets at my disposal to stop him. Batman is much smarter than what we see in this film and it was a little disappointing to not see him do what he does best. On top of that, we never see him ride the freaking Batmobile. Sure the Bat Pod is back and the flying vehicle simply titled The Bat is pretty cool and does give us one of the best action sequences the film has to offer. Besides the cool vehicle action, I was just never really satisfied with any of the fight sequences. It’s hard to admit that they were pretty boring, a bit uninspired, and not once did my jaw drop like in previous installments. Another gripe is that Bane is a huge force of power and I feel like every time we are about to see him in his most ruthless state, the camera cuts or turns away from his brutality. Sure he break a few necks and punches through a couple of walls, but there is really nothing here that made him feel very threatening or bad ass. As I mentioned before, what it all kind of boiled down to was the threat of a bomb being detonated and that just does not cut it for me. I can easily say my biggest disappointment here is with the action. I know some will argue that it’s all about the characters and their inner struggles (and I appreciate that!), but this nerd just thirsted for a little more quality action when it comes to Batman movie.

As the credits rolled I was filled with a sense of cohesion and somewhat completion to this trilogy. I say “somewhat” because while THE DARK KNIGHT RISES is being touted as Nolan’s last, there sure are a lot of loose ends and new discoveries at the conclusion of this film that beg for more attention. That said, I do realize that everything in this trilogy did come full circle pretty well and fit together nicely. I did enjoy this movie a great deal but will admit that  it works much better as a part of a trilogy rather than a standalone film. The narrative was a bit predictable and safe but served the trilogy well, the characters were a little too uninspiring as a whole besides Bale as Wayne/Bats, and the action was there but just not that great in my eyes. All those complaints aside, there is just something about being in Nolan’s Batman universe that feels so good. While it may seem like I am complaining a lot or nitpicking, I really want to stress that I enjoyed this film a great deal, but just felt like it could be so much more considering what we saw from Nolan in the past. THE DARK KNIGHT RISES still comes highly recommended.