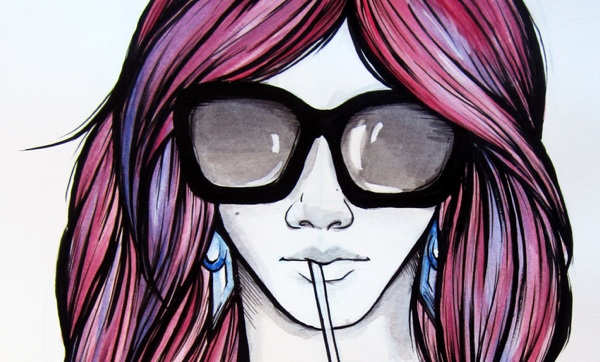 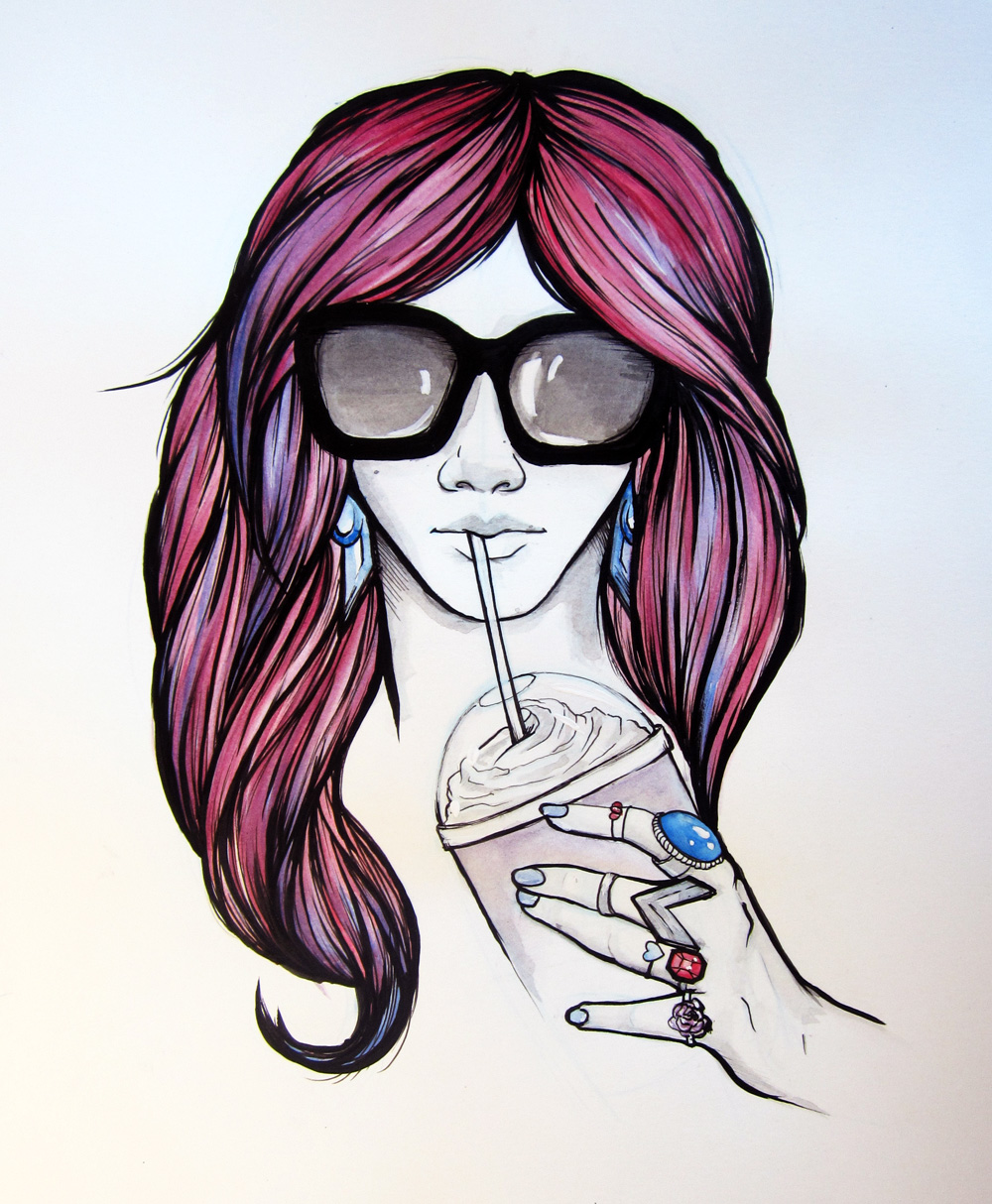 Love her or hate her, there is no denying that writer/director Sophia Coppola (LOST IN TRANSLATION) has style, and it is boldly on display in her latest film THE BLING RING. Based on actual events, the movie focuses on Marc, a socially awkward high schooler who attends Indian Hills, an alternative school where problem cases end up. Marc is befriended by Rebecca, a fashion obsessed classmate who has an appetite for thievery. Marc, who is eager to fit in with Rebecca and her friends, quickly falls into their active social life of parties, clubs, and drugs. The thievery starts off small, as Rebecca brings him along to check for open car doors in their wealthy neighborhoods, the money and credit cards they find are used to fund shopping sprees at trendy stores. After the successful robbery of an acquaintances house while he is out of town, Rebecca gets the idea to rob celebrities houses while they are attending well publicized events in other cities. Emboldened by their successful robbery of Paris Hilton’s house, Rebecca, Marc, and some of their friends start targeting celebrity homes to fuel their hard partying, fashion obsessed lifestyles. 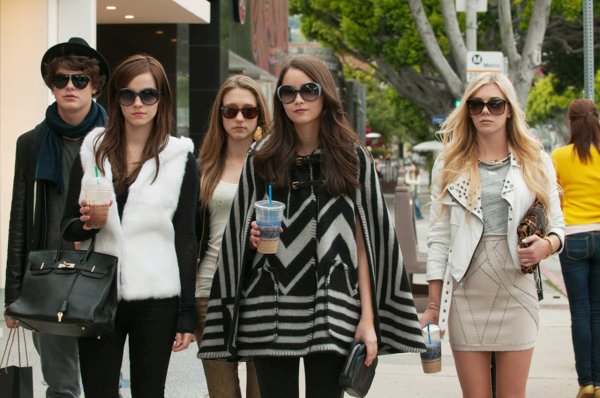 One of the reasons I love Sophia Coppola movies is because they have an interesting visual style, and that tradition continues with THE BLING RING. She heavily uses close, tight shots during most of the robbery scenes, heightening the sense of excitement and danger, however, she uses more open, but still carefully framed, shots when the friends are enjoying the fruits of their crimes, conveying a feeling of comradery and unity. One of the coolest scenes in the movie is the use of a long single shot on the exterior of a heavily windowed home while Marc and Rebecca rob it, giving the audience a removed look at the crime and the quickness of its execution. The great camera work compliments one of the other high points of the film, which is how natural it feels. The BLING RING is one of those rare movies where the description is really the whole plot, and rather than try to add, change, or control things, Coppola lets the story be the story. While this is a movie about a group of people who eventually went to prison, Coppola shies away from showing public opinions, rather, she lets the characters and their actions speak for themselves and allows the audience to draw their own conclusions, which is hugely refreshing considering most modern movies are telling very structured stories that lead the audience where they want them to go, rather than letting the audience decide.

Music has always been an important feature in Sophia’s movies, and THE BLING RING sports an impressive soundtrack that is just as important as the camera work in creating the feel of the movie. While her early films had a mixture of post punk music with whatever music was appropriate for the time period the films were set in, THE BLING RING boasts a powerhouse soundtrack of modern music. Sleigh Bells, Lil Wayne, Kanye West, Deadmau5, Frank Ocean, and Avicii are some of the artist featured in the movie, which should give you some indication of what to expect: pounding base and intense lyrics. This kind of music is perfect to portray a perpetual party, but the careful song selection also touches on the darker side of what the characters are up to when their not in the clubs. The combination of great songs with meticulous placement within the film makes the soundtrack so prominent as to be nearly as important as the characters themselves. 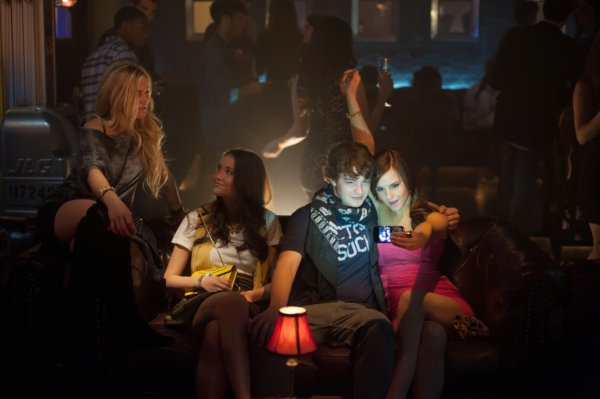 While we are on the subject of characters, THE BLING RING boasts a cast of young actors who, with one notable exception, are relatively unknown, however, their talents are far more impressive than their current resumes would indicate. Katie Chang (A BIRDERS GUIDE TO EVERYTHING) plays Rebecca, and she nails it. Chang gives a great portrayal of a cold, selfish criminal bent on fulfilling her own desires, if she continues to deliver this caliber of performance, she may just have a promising career ahead of her. Israel Broussard (THE CHAPERONE) fills the role of Marc, and does so well. Broussard uses a subtle hand to capture Marc’s anxiety over fitting in versus not wanting to commit crimes, giving a us a character who is likeable in spite of his actions. Emma Watson (THIS IS THE END) plays Nicki, and I was very impressed with her performance. I have seen nearly every movie Watson has been in and have read and seen more than a few interviews and she has always come off as very bright and intelligent, so it was a bit of a surprise to not only see her play a character that is vapid and shallow, but to do so exceedingly well. Watson imbues Nicki with the confidence of the entitled and the depth of a goldfish, perfectly portraying a character who is all flash and no substance. Claire Julien (THE DARK KNIGHT RISES) steps into the role of Chloe, and she does a good job with the character. While we don’t get to see as much of Chloe, Julien portrays her as a rich high schooler who is largely unconcerned with life’s problems, and while she was perfectly believable in the role, I would like to have seen more of her. Taissa Farmiga (TV’s AMERICAN HORROR STORY) plays Sam, Nicki’s adopted sister, and gives the movie one of its more amusing characters. Taissa brings the quibbling and enviousness that often exists between sisters to Sam, while at the same time being every bit as superficial as Nicki. Sam may not have had as much focus in the film, but Taissa makes her memorable and I look forward to seeing more of her work in the future. 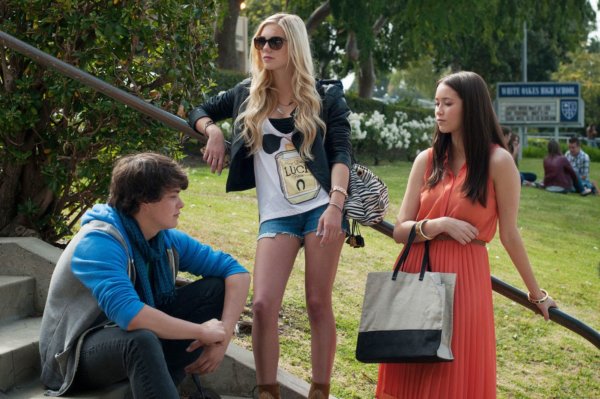 Sophia Coppola continues her string of fantastic movies with THE BLING RING. It boasts a talented cast of young actors, has a kicking soundtrack that helps keep you in the mindset of the characters, boasts impressive cinematography, and tells a great story without pretension. If you are fan of any of the actors, the director, or just want to see a fun, stylish movie, then head on out to your local theater and give it a watch, you won’t be disappointed.