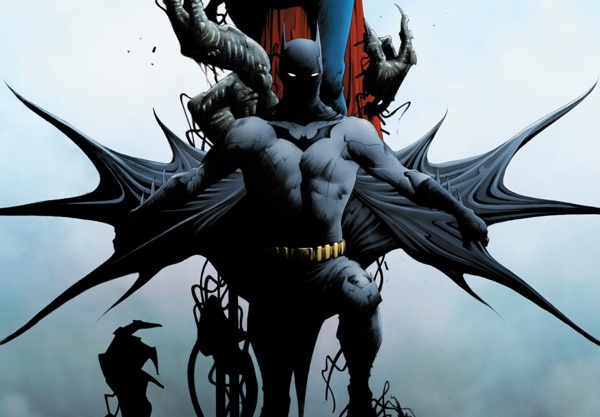 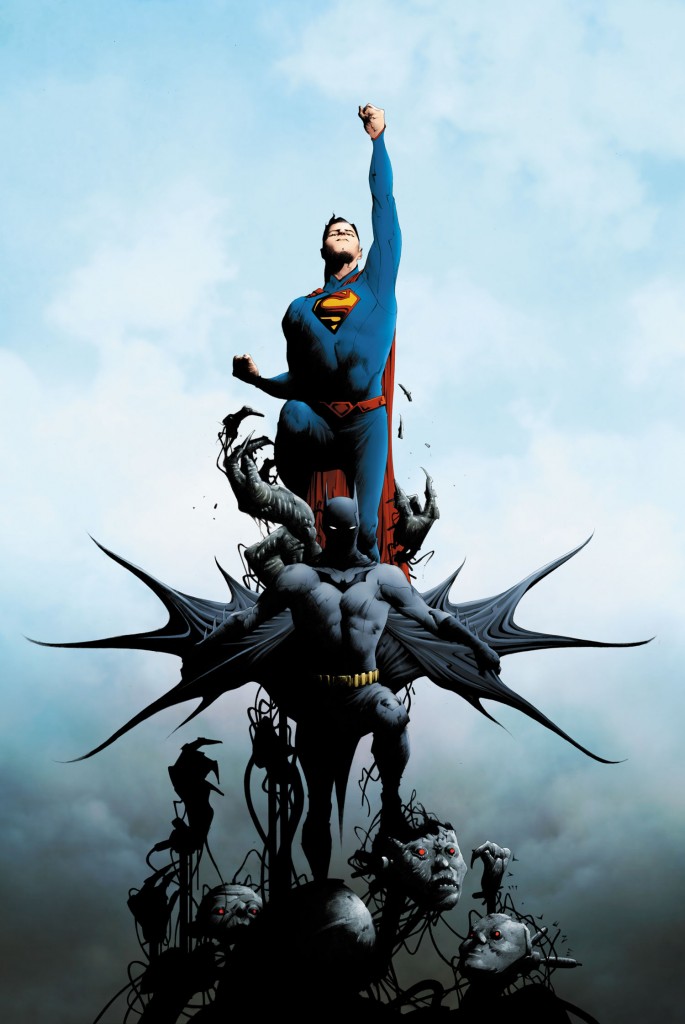 This week DC is launching a new ongoing series titled BATMAN SUPERMAN by writer Greg Pak (PLANET HULK) with cover and inside art by the amazingly talented Jae Lee (Marvel’s THE DARK TOWER Series). It’s basically tells the story of how these two icons met in the first place, at least in DC’s NEW 52 universe that is. Here is what DC had to say about this epic new series:

“One strives to hold evil at bay by channeling our darkest fears, the other stands as a soaring champion of our brightest ambitions. The Dark Knight and the Man of Steel have gone from wary rivals to steadfast friends, but how did it all begin? Batman/Superman #1 gives us a glimpse of how these two titans came to know one another in the New 52! When a young Clark Kent arrives Gotham City in search of answers regarding a series of murders in Metropolis, he runs smack into Bruce Wayne himself. From the moment they meet, these two untested heroes’ approaches to protecting others could not be more different. Batman/Superman #1 launches the reader on an incredible journey that stretches from Gotham to Metropolis and worlds beyond. Featuring a story by celebrated writer Greg Pak and stunning artwork by Jae Lee and Ben Oliver, Batman/Superman #1 lands at your local comic shop this Wednesday.”

While I make it no secret that I am more of a Marvel fan, I do appreciate DC and a lot of its heroes, especially Batman and Superman of course. That said, I am beyond excited for this promising new series. It’s a great “jumping on” point for someone like me, and I’m sure it will be a treat to the loyal longtime fan base as well. Writer Greg Pak did an outstanding job pulling me back into The Incredible Hulk universe with his PLANET HULK mini series and I’m sure he can and will do the same with BATMAN SUPERMAN. As if Pak as writer wasn’t enough, the addition of Jae Lee as artist seals the deal. His work on THE DARK TOWER series was phenomenal and by the looks of the cover art seen so far, he hit another home run.

A great writer, an amazing artist, and two of the most iconic heroes in the world all in one book!? You would have to be bat shit crazy (pun intended) to pass this one up. At least give this #1 issue a try. I know I will.