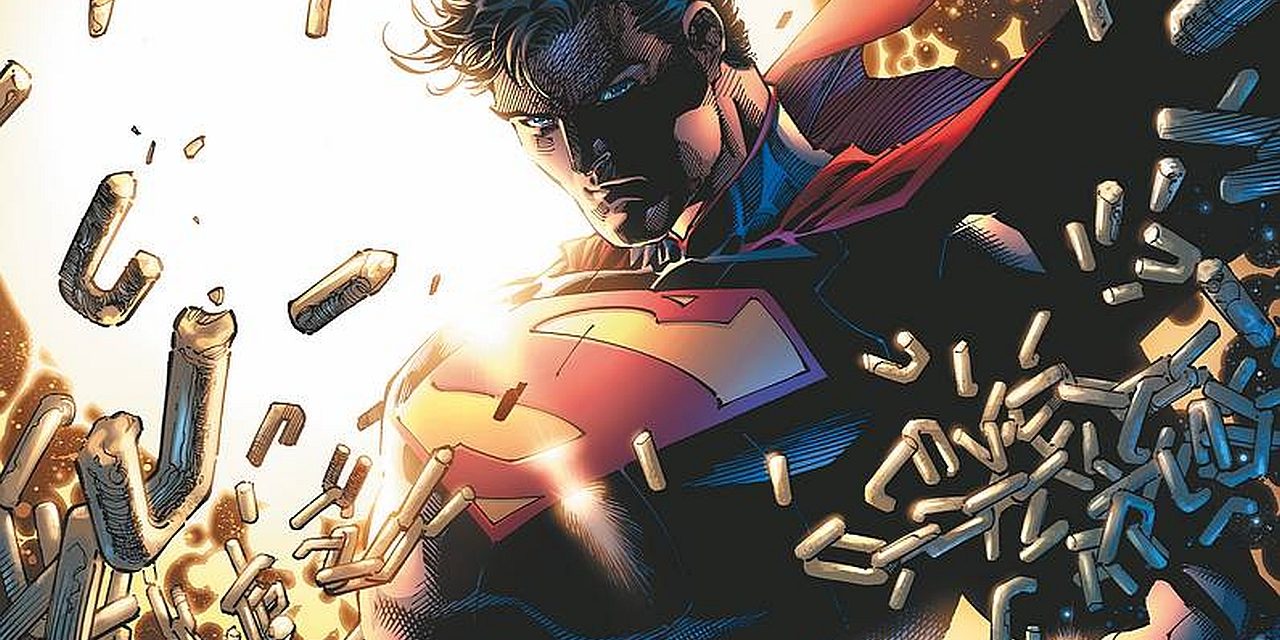 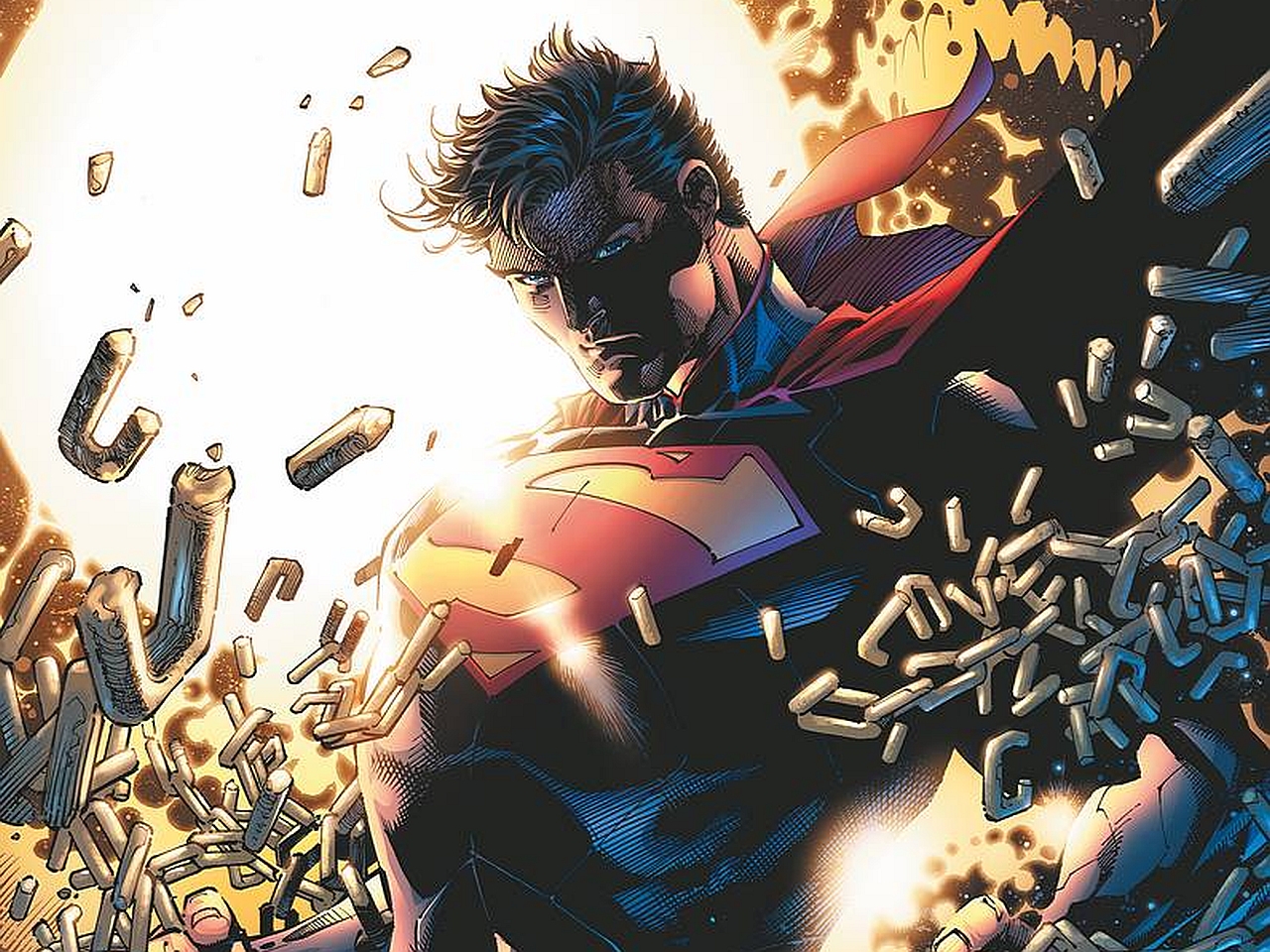 SUPERMAN UNCHAINED #1 is part of the new 52. The second 52. I’m not actually 100% what that all means. I assume it’s to draw in new readers. Get them on board and interested in the Man of Steel after the movie MAN OF STEEL. Now, I’m not really super well versed in Superman, and I have little idea what it will mean for him to be unchained. But, I figured I can totally get down with the Kyptonian. So I would be an excellent litmus test.

Written by Scott Snyder (AMERICAN VAMPIRE) and art chores by mid-nineties team supreme of Jim Lee and Scott Williams (with Dustin Nguyen on colors). I guess I can only call this nuts and bolts Supes. It begins in Nagasaki 1945 (yeah), then quickly moves to modern times as Ol’ Blue prevents a international disaster…which may or may not involve Lex Luthor.  We are then re-introduced to Lois Lane and Jimmy Olsen and Clark Kent (that’s Superman for the ones in the back). Apparently, Clark left the Daily Planet FYI. Then we see an ultra top-secret government facility (as if there is any other kind) up to all sorts of sneaky military shenanigans. Secret weapons up the wa-zoo,(and brace yourself for a spoiler, you may wanna skip ahead) which include a evil looking government Supes that’s been on the government payroll for the last 75 years.

Yeah, I don’t know. Say what ya will about Jim Lee, but I like his work. However, here it seems a bit rushed. I had a difficult time understanding what I was looking at. There is also a poster-sized story page that did nothing for me. And when did the Daily Planet become the Minority Report? And, I hate to sound like a Marvel Zombie…but, DC could really spend more time on costume design. Actually, in general, I was totally confused. There seemed to very little to keep me up to speed. Which translated to a type of reader fatigue. So it didn’t do much to convert me. However, it was so ‘by the numbers’ Supes I can imagine long time readers really being into it.

The backup story in the back of the issue just by Snyder and Nguyen was much more my speed.

You can currently get issues #1-3 of SUPERMAN UNCHAINED on comic book store shelves now.

In the San Francisco area looking for your next SUPERMAN comic book fix? If so, Check out MISSION: COMICS & ART. They’ve got you covered! 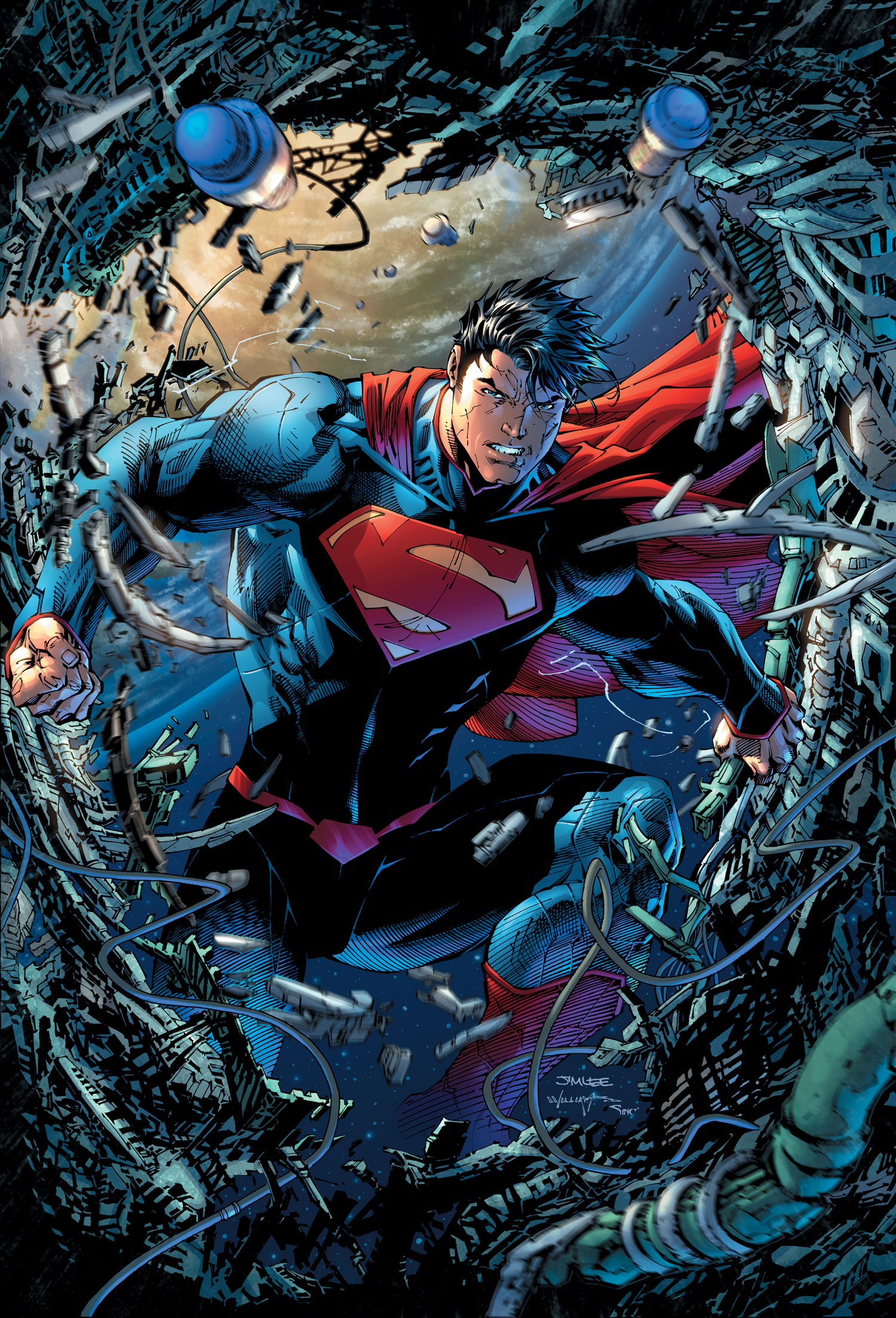