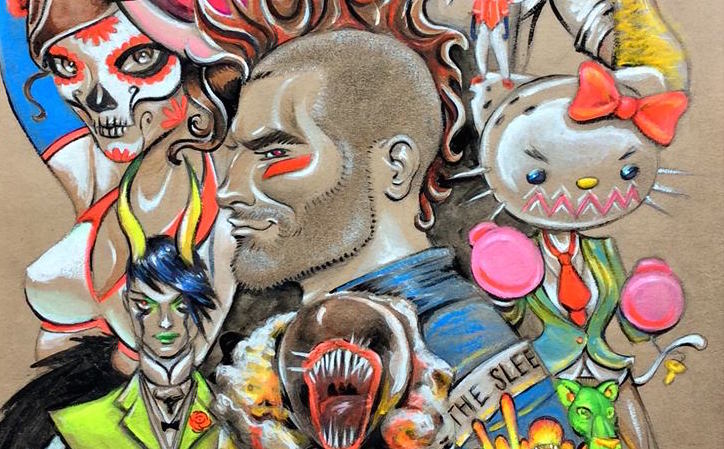 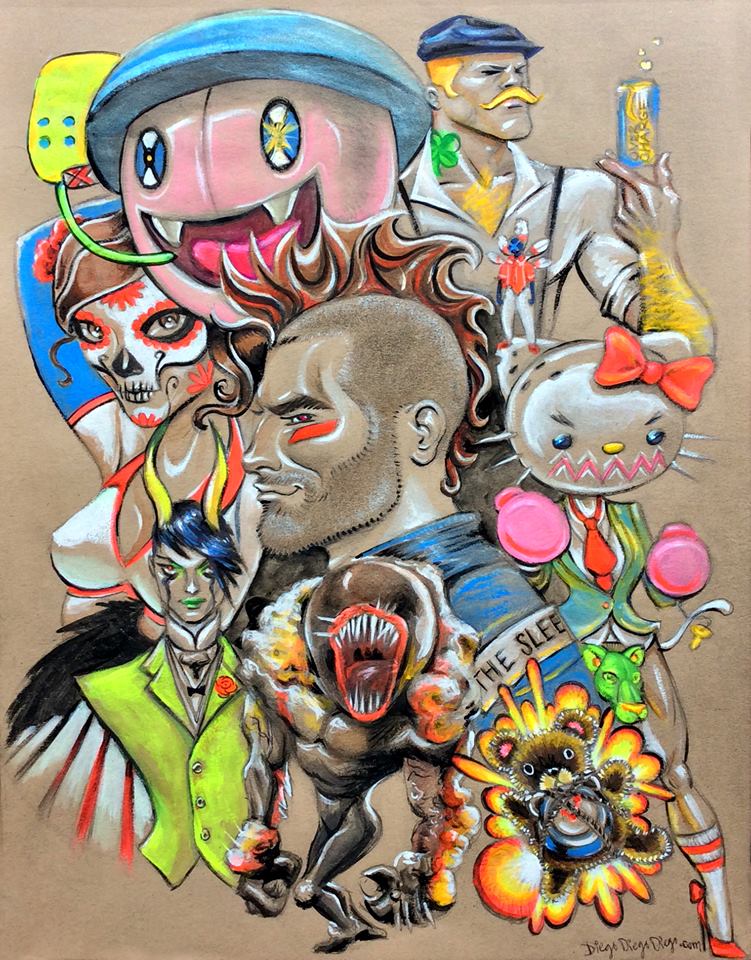 SUNSET OVERDRIVE is a shining beacon among the arguably overdone and tired “open-world” gaming genre. In a world full of ASSASSIN’S CREED, WATCH DOGS, GTA, INFAMOUS, JUST CAUSE, THE WITCHER, SLEEPING DOGS, CRACKDOWN, and countless others, Insomniac’s SUNSET OVERDRIVE manages to break away from the pack delivering a fast and fluid adventure full of charm and excellent gameplay.

Anyone familiar with Insomniac, most notably the RATCHET & CLANK series, knows just how special their games are. Insomniac is well known for placing fun gameplay and a good sense of humor above everything else. This rings especially true with SUNSET OVERDRIVE as I constantly had a blast playing this game. Seriously, I was Ohhhh’ing and Ahhhh’ing throughout the entire game and caught my dumb ass laughing out loud all curled up on the couch in the wee hours of the night with my headset firmly grasped to my head. If anyone were to walk in on me, I assume it would look like the opposite of sexy.

SUNSET OVERDRIVE is pure fun to play. The only other game I can compare it to is JET SET RADIO on the highly under appreciated Sega Dreamcast. The controls do offer a bit of a challenge, but once you sit with the game for awhile and catch the flow, you realize that there’s a deep system in place that rewards players for kicking ass that highlights different play styles by upgrading the things you love to do most first. The guns you use evolve and upgrade over time unlocking new abilities. This will please those who love to stick with just a few weapons as it adds variety to the same weapon set, but it also encourages you to jump out of your comfort zone to see how other weapons evolve over time. Fireworks crackle, acid rains, and blades spin.

And moving and grooving throughout the world has never been so much fun. I rarely ever used the fast-travel system because I just adored sliding, grinding, bouncing, and wall running my way to each new objective. Traversal was super fluid and easy and I found myself trying to get to each new objective or area without touching the ground or losing my momentum. I even accidentally discovered a few “achievements” this way which were most welcome showing me I was playing the way the developers wanted me to. Gliding on water and double jump gliding were definitely my favorite.

I’ve seen a lot of interpretations of armageddon and I must say that I’ve never seen it quite like this before. It’s an interestingly colorful and vibrant end of the world. This universe was obviously overstimulated with colorful ads, bright and shiny toys and gadgets, and a dependency on sugary drinks. It’s a not-so-subtle commentary on our media obsessed culture. Mixed with that punk-rock attitude, pop culture soaked goodness, and a great sense of comedic timing, SUNSET OVERDRIVE feels familiar yet wholly unique. I’d say the word “refreshing” sums up this game in one word. And the cherry on top is that thoughout the game you get to constantly change and upgrade your look to fit your desired mood. One minute my dude looks almost just like me (minus my ice cream belly gut), and the next I’m donning a terrifying wolf-mask to stalk my prey. And maybe, just maybe, one time I looked just like Tom Cruise in that famous scene in RISKEY BUSINESS. Ok, I lied, I was like that for hours. It was awesome.

While there really is a shit ton of stuff to do in SUNSET OVERDRIVE, I never really felt overwhelmed. So often games like ASSASSIN’S CREED and CRACKDOWN make me feel like I’m finishing up my choirs for the day. SUNSET OVERDRIVE was just a blast and any new adventure that came my way was welcomed with open arms. While I didn’t complete every last thing to do in the world before the credits rolled, I feel like I will definitely be revisiting this game for a long time to come. Unfortunately the included multiplayer mode “Chaos Squad” just felt like a tacked-on distraction and really didn’t need to be included. Basically, you and 7 other players build up some defenses and protect yourselves against hordes of enemy waves that come your way. In all honesty, it was just a colorful and loud few minutes with high-powered weapons doing their thing while enemies splattered their guts all over the place. It was a spectacle for sure, just not something that I wanted to do for long.

At the end of the day, Xbox One owners have something to brag about. SUNSET OVERDRIVE is truly something special. It’s a colorful reimagining of the end of the world full of humor and more pop culture references than you can shake a stick at…whatever that means. The gameplay is top notch delivering fast and fluid traversal and combat that never gets old and evolves to fit your desired play style. Add in an insanely cool cast of characters, a fully customizable avatar, a sweet punk-rock attitude, a rocking soundtrack, and a whole hell of a lot of memorable moments and you just may find the open-world game you’ve been looking for all these years. SUNSET OVERDRIVE comes highly recommended even if you are sitting on the fence from “open-wold” game fatigue. It’s different. It’s fun. It’s a blast. Tell your friends.