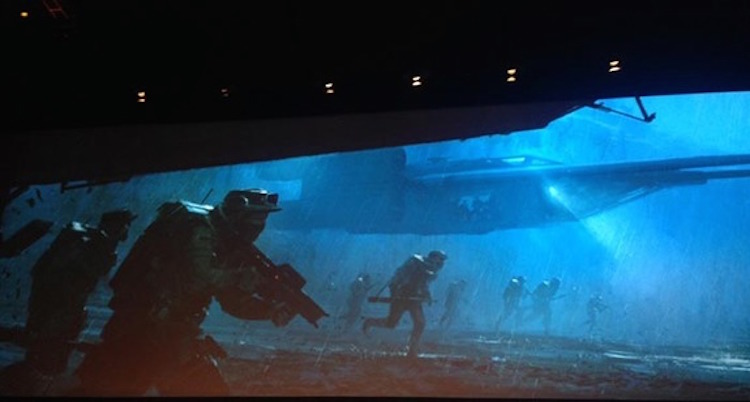 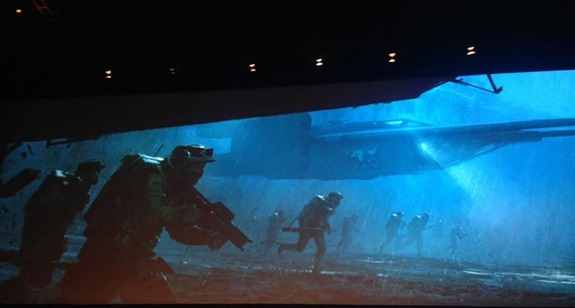 Today at STAR WARS: CELEBRATION, we finally received some details on the spin-off STAR WARS movie, ROGUE ONE.  It turns out, it will be a prequel to Episode IV involving the mission to secure the schematics of the Death Star, that would later fall into the hands of Leia, who would download them into R2-D2, which would bring R2 to Obi-Wan, who would recruit Han and Skywalker, which would give the rebels the information they needed to destroy the original Death Star.  WHAT! This is amazing!

The teaser hasn’t been posted online yet, but, here’s a quick breakdown of what was shown:

The teaser starts with the camera panning through an alien jungle.  We see a couple of Tie Fighters flying over head.  It’s all narrated by Obi-Wan with his speech from A NEW HOPE “For more than a thousand generations, the Jedi Knights were the guardians of peace and justice in the Old Republic. Before the dark times. Before the Empire.” As the camera continues to pan, we see the massive outline of the Death Star in the sky.  As the screen goes to black, we hear the muffled and stressed voices of soldiers under attack. It was suggested that this movie would not feature any Jedi, but only the rebel soldiers who risked it all to secure the crucial Death Star information.

Basically the plot sounds like a ‘BLACK HAWK DOWN’ type movie set in the STAR WARS Universe.  YES.  SIGN ME UP.  Personally, I hope they use this movie as opportunity to quiet all those haters out there that talk smack about the Empire allowing such a critical weakness on their most powerful weapon.  IT WAS A SMALL EXHAUST ON A GIANT MOON! They were cocky jerks! How could they have known a Jedi jerk was going to be able to make a 1 in a million shot?!?!  Gareth Edwards is set to direct.

BONUS:  Here’s a cool video someone threw together outlying the Death Star’s schematics, as outlined by Dondonna in STAR WARS: A NEW HOPE.