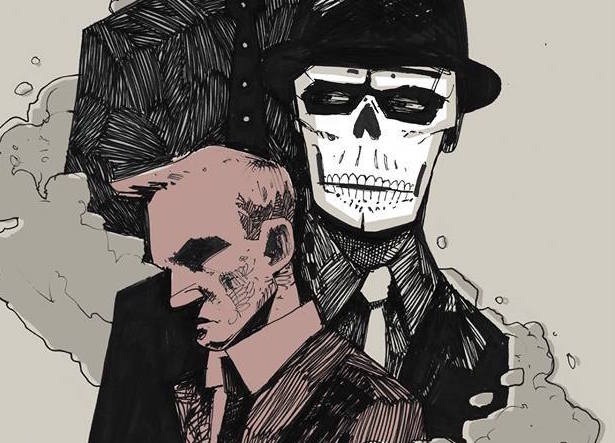 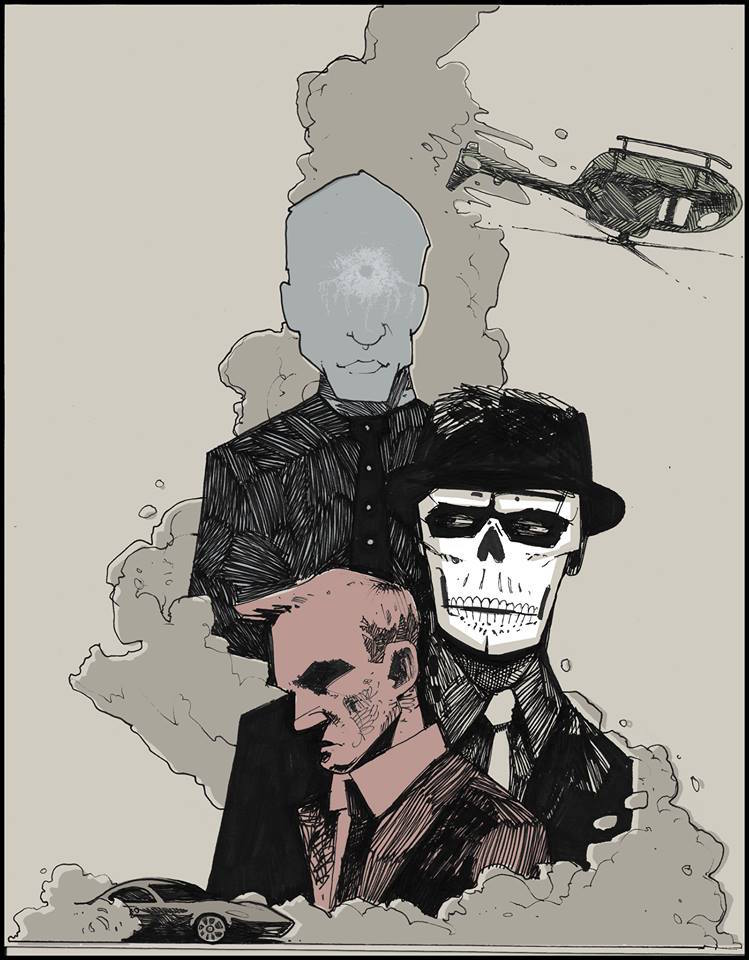 I wonder if anytime during the production of SPECTRE, the 24th official entry into the BOND franchise, if anybody acknowledged how boring the name ‘James Bond’ is.  ‘James Bond:  Fireplace Tax Attorney.’ When Ian Fleming was designing his Bond character, he was quoted saying that he wanted Bond to be ‘an extremely dull, uninteresting man to whom things happened; I wanted him to be a blunt instrument.’  Why then did JAMES BOND become synonymous with ‘seduction, sexuality and tuxedos?’ (Wow, that’s a really dumb question, Mark). I suppose Sean Connory is partly to blame. That charming bastard. DR. NO introduced an international super spy to a world that demanded their spies be ‘gentlemen.’ Men who can seduce their way out of danger and into the beds of the world’s most beautiful women.  Since then, there has never been more than a 5 year gap between BOND movies, with each new film slightly adjusting the character’s persona. Yes, the ‘classics’ always remained.  The booze. The gadgets. The cars. The women. The implausibility of Bond’s shenanigans became more of the focus and less on the ramifications of being a ’00.’ A double OOooo.  The Daniel Craig ‘reboot’ tried to reestablish Bond in a reality chained closer to our own, while still featuring the elements that make up a proper James Bond universe.  A feat that SPECTRE seemed to struggle with.

If you were to ask a group of people who their ‘favorite James Bond is,’ their answers would represent the entire movie franchise.  Moore, Lazenby, Connory, Dalton, Brosnan, everyone has their own feelings on who James Bond is. When CASINO ROYALE came out in 2006, I felt like I had finally found a Bond that resonated with me (Blasphemy, I know).  CR featured a Bond who’s face looked like it could take a kiss from a wooden chair and a chest that could probably explode a tuxedo into pieces.  He looked equally comfortable in a suit, as he did covered in muck. He wasn’t the best looking guy in the room, but, your eyes were drawn to him. You could tell that the body under his custom suit was covered in scars. I must admit, against all better judgement, I liked this Bond. Particularly because he wasn’t likable. A thing that Bond was never meant to be. Even Daniel Craig has grown tired of 007’s shit.  Women are commodities to be exploited and murder is a thing that just happens. He would burn down MI6, if it meant completing his mission.  You have to continually ask yourself ‘why do I like this person?’ Because he gets the job done with a hint of style? I’ll always remember that scene in CASINO ROYALE.  After a violent exchange, Bond finds a fully dressed Vesper sitting silently on the shower floor. Water pouring down on her. He kisses her once bloody fingers and joins her on the wet tile. Vesper experienced a small fragment of Bond’s world and it altered her completely. The world of Daniel Craig’s Bond is ‘poison served in a fancy cocktail.’ You realize that he doesn’t drink because he’s cool, he drinks because he’s miserable. We root for Bond, not because he can get the job done, but because he’s the only one who can get the job done. GOLDFINGER started with Bond swimming into an enemy base with a fake bird attached to his head.  SKYFALL had Bond drinking away his responsibility and his skills. SPECTRE is a Bond that is constantly looking for a way out. After the death of Vesper, you could see the soul behind Bond’s eyes slowly drifting away (Or maybe that was Daniel Craig’s boredom with the character?). In a universe defined by its charming rogue quipping his way out of secret lairs inside of hollowed out volcanoes, CASINO ROYALE, QUANTUM OF SOLACE, and SKYFALL injected a brutal reality into a character that was never really known for its reality.

SPECTRE features everything a Bond movie should include.  Car chases. The globe trotting. A lone super villain running everything. A high ranking mole attempting to shut down the good guy’s organization. Bond disobeying every order he is given. Beautiful women who fall for Bond’s advances, despite having no real interest in him. A victory that somehow dismantles an entire criminal network without really showing how that’s accomplished. An opening credit sequence that makes you feel slightly uncomfortable. SPECTRE was a Bond movie in the truest sense.  Which I think was its downfall. For instance… You establish powerful female characters, (Monica Bellucci, Léa Seydoux) and you have them completely compromise their strengths and melt into Bond’s arms after just a little bit of smouldering… Because, that’s what women do in Bond movies.  You chain Bond to a chair and torture him but forget to remove his spy watch that’s actually a bomb. Because, the smartest villain in the world wouldn’t remove the super spy’s gadgets. Yet another massive criminal organization has somehow existed underneath everyone’s radar. Yes, these are the things that make Bond great, but, we’ve seen these exact same things 24 times already. How many times must a franchise pay homage to its predecessors before it gets redundant?  Bound by its Bondness. A huge saving grace for this film is director Sam Mendes.  His visuals are outstanding and help you forget that you’re watching a movie you’ve already seen before.  The opening scene is a 5 minute walk through a Dia de los Muertos parade, into a hotel and across a roof, all done in a single shot. There’s a fight scene on a train that is one of the better fight scenes I’ve seen in recent years.  It’s relentless and hard to watch.

The plot of SPECTRE is nothing new. Just like in QUANTUM OF SOLACE and SKYFALL, Bond discovers that the secret organization he dismantled in the last movie was actually not the main secret organization.  So, Bond is forced to draw out a completely new clandestine organization that no one even knew existed.  ‘ROGUE NATION 2.’ SPECTRE does an interesting job of continually referencing the previous movies, for some inexplicable reason.  The car chase scene was good, not great.  The plot makes enough sense. The action is beautiful. Bond’s suits are classy.  His Omega watch is ‘beautiful.’ As for the plot, I guess this new new evil organization is going to try and control the internet? Christopher Walz brings his signature ‘smiling villain’ to show. Bond’s team proves that he is nothing without those who have his back. Moriarty makes an appearance. The opening helicopter ‘terror fest’ is pretty rattling.  Some nice nods to Bond’s past. A nice throwback to Ernst Stavro Blofeld. Sadly, no one says ‘Special Executive for Counter-intelligence, Terrorism, Revenge and Extortion.’ I was sad about Daniel Criag’s lack of interest on the press tour for this movie but was happy when he responded to reports of Monica Belucci being an ‘older Bond girl’ with ‘ we are the same age.’  YES. She’s also one of the most beautiful women in the world. I guess it comes down to whether or not I think SPECTRE is a bad movie.  No. It’s a Bond movie and that has a lot of pull for me.  It just isn’t an extraordinary movie.  It was something we’ve seen before and something we’ll see again.