SIN CITY: A DAME TO KILL FOR Movie Review 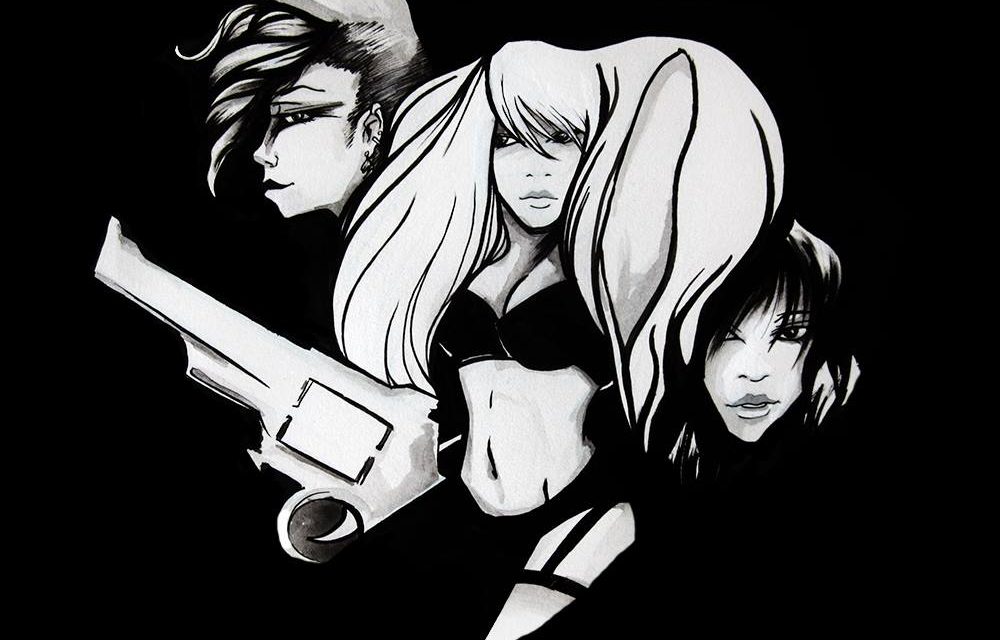 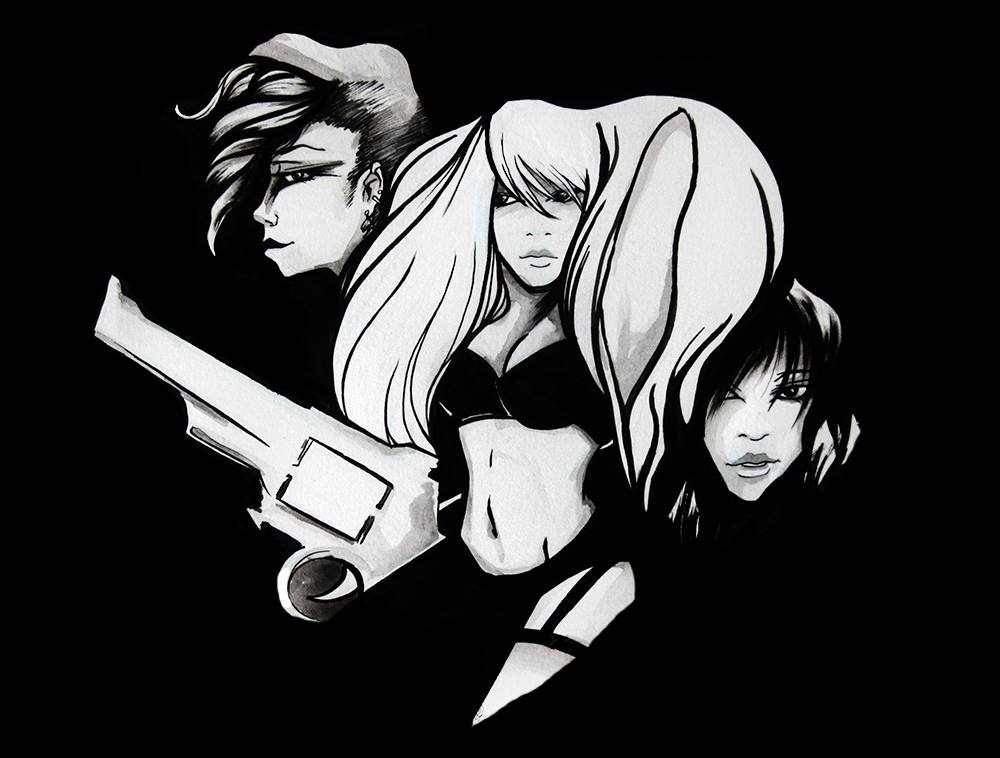 Since I was eight years old, I have been reading and collecting comic books, they are an ingrained part of me that will always be there. When I was in college, I discovered the wonderful work of Frank Miller, and quickly devoured as much of his back catalogue as I could get my hands on. Then nearly a decade ago, during the initial comic book movie craze, Frank Miller (THE SPIRIT) teamed up with Robert Rodriguez (MACHETE KILLS) to bring a much darker comic book movie to the masses, SIN CITY, and I was blown away by how visually stunning it was. Based on its success and reception, and the fact that there was still plenty of source material to work with, I, like everyone else, expected a sequel to be forthcoming, and after a very long wait, it is finally here in the form of SIN CITY: A DAME TO KILL FOR. Like the first film, it is comprised of three main stories that are told in snippets, jumping back and forth between them. The time line of the story is a little odd, it takes place after the “That Yellow Bastard” story from the first film, but before “The Hard Goodbye” and “The Big Fat Kill.” There are two original stories that were not in the comics, one focuses on Nancy trying to cope with the loss of Hartigan and her desire for revenge, one deals on a new character, Johnny, who is a gambler looking to take on Senator Roark. By far the longest and most prominent story is, you guessed it, “A Dame To Kill For” which is a prequel to “The Big Fat Kill.” It tells the story of Dwight, a private investigator, who’s life is turned upside down when his old flame, Ava, saunters back into his life. There is also a brief vignette that opens the film that focuses on Marv trying to retrace his steps to figure out how he got where he is.

The danger with any sequel is that the previous film sets expectations in the mind of the viewer and it will always be used for comparing the two works. I was a little disappointed with the visual production quality of SIN CITY: A DAME TO KILL FOR. It wasn’t bad, per se, but it didn’t grab me the way the first film did, and I think there are two reasons for this. One: The first film used a great deal of silhouette shots and shots that looked like, and probably were, down right animation. This gave the film a very stylized look and a bit of an otherworldly feel to it. This technique was barely used this time around, and instead we get a much more detailed, though still black and white, look at the environment, locations, and some of the action; while this may seem like a good thing, it was actually quite distracting and a hindrance to the stories. Two: This movie takes place in the same city as the first film, and yet it doesn’t feel like the same place. The biggest example of this is Kadie’s Bar, one of the primary locations in both films, the entrance seems to have completely changed between the two films, from a back alley to a broad, standalone structure with parking out front, it could be reasoned that the place has multiple entrances, but regardless, it didn’t feel right. There are many reasons the directors could have decided to change the look between films, they may be using a different FX company that had their own way of doing things, they may be using more sets and locations instead of mostly green screens, or they may have just decided they wanted to go in a new direction. While the visual production wasn’t necessarily bad, it didn’t do anything for me and I found it distracting rather than enhancing.

I usually try to separate talking about the acting and the story, but I think they are so entwined this time that I just have to bite the bullet and do it all together. Mickey Rourke (IMMORTALS) returned to the role of Marv, which was by far my favorite character from the first film, unfortunately, Rourke couldn’t recapture the magic of that initial performance. Marv seemed to have less competence this time, and while it can’t be said he was ever the brightest bulb, he was certainly competent, I’m not sure if this was due to him being a supporting character this time rather than the narrator of his own story, but whatever the reason, Rourke’s performances falls a bit flat. It’s always difficult when you are playing a role previously played by someone else, and Josh Brolin (GUARDIANS OF THE GALAXY) certainly had some big shoes to fill with the role of Dwight. Brolin did a nice job with the role, as the story focused on a younger, haunted, more serious Dwight than we see in the first film. Brolin has always been great at being gruff and hard, and it came out perfectly in the role of Dwight, and while he may not have been as charming as his predecessor, he was certainly just as intimidating. Nancy was once again played by Jessica Alba (MACHETE KILLS) and while she did a decent job with the role, the story didn’t feel right for the character, and this, once again, harkens back to the first film. Nancy’s revenge story against Senator Roark is very dark and clearly takes a mental toll on her, the problem is that this takes place before Marv’s story in the first SIN CITY, and I can’t reconcile the emotionally and physically damaged Nancy of this film with the cheerful, smiling one from Marv’s story. As such, I don’t think the fault falls so much with the actress as with the story itself and its place in the overarching Sin City narrative.

Joseph Gordon-Levitt (DON JON) joined the cast as Johnny, and while he was quite good as the arrogant gambler, his overall story seemed rather contrived, as if it was only there to further vilify Senator Roark. Speaking of the Senator, Powers Boothe (THE AVENGERS) was absolutely wonderful as the arrogant scumbag powerhouse of Sin City. Boothe brings a charm and smarm to Roark that makes him a gentleman you can’t help but love to hate. The most outstanding performance was delivered by Eva Green (300: RISE OF AN EMPIRE) who played the part of Ava, Dwight’s old flame and antagonist. Green is perfect as the smoldering temptress who manipulates men for her own ends, and often to their downfall. She infuses her words with whatever emotion suit’s the situation, creating a diverse character that is the personification of lust and manipulation. Rosario Dawson reprises her role as Gail, and she is one of the only characters who seems to be consistent between the two films, bringing the same fiery passion she had last time, I was very pleased with her performance. Manute had to be recast as the original actor passed away, and while Dennis Haysbert (DEAR WHITE PEOPLE) certainly has the size and the acting ability to fill the role, his distinct voice ended being an unignorable distraction. Haysbert has a powerful screen presence that he matches with equally powerful delivery, but despite that talent, I couldn’t help but continually associate him with Allstate commercials, which made it difficult to take Manute seriously.

I had really high hopes for SIN CITY: A DAME TO KILL FOR but, sadly, not everything done by writers and directors you love is always going to be great. The movie is hit or miss when it comes to the multiple storylines that snake through it, it has a couple impressive performances, along with a few lackluster ones, and the visual style falls far short of its predecessor. If you are a devoted fan of Miller, Rodriguez, or any of the actors, you’ll probably be able to find a decent amount of enjoyment in this movie, but if you are expecting the same magic that the first film delivered, you may want to temper your expectations down a bit.