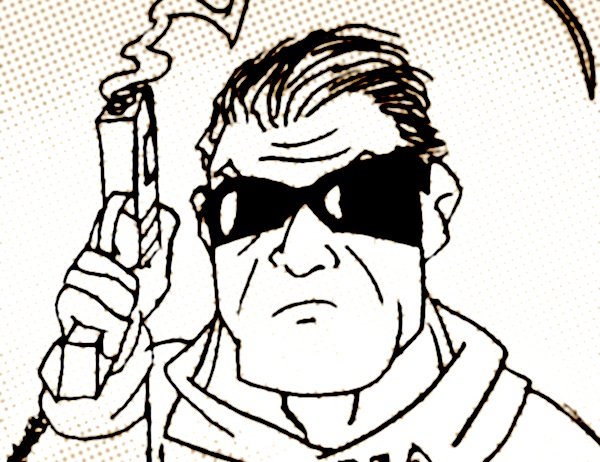 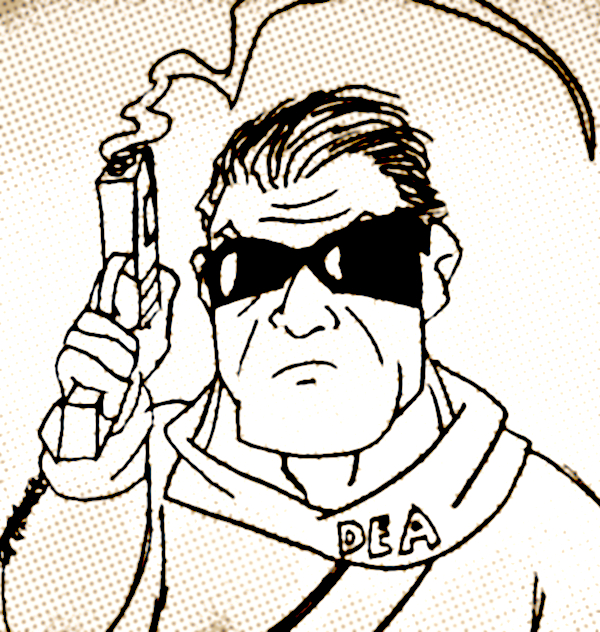 If there’s one thing I’ve learned from action crime-thrillers like SABOTAGE, it’s that fictional DEA agents are the most entertainingly psychotic pricks on the planet.  In the vein of Denzel Washington’s sinister turn in TRAINING DAY (which makes sense since director David Ayer wrote that film), the main characters of SABOTAGE are hot-tempered degenerates with massive chips on their shoulders and inescapable addictions…and these are supposed to be the “heroes” of the picture!  Who could possibly wrangle all of these explosive personalities?  Why, none other than the former Governator himself Arnold Schwarzenegger!

Arnold plays a grizzled DEA team leader, codenamed “Breacher,” who is essentially Papa Bear to a band of happily bloodthirsty operatives with equally ridiculous codenames such as “Monster” (Sam Worthington, AVATAR), “Grinder” (Joe Manganiello, TRUE BLOOD), “Neck” (Josh Holloway, LOST), “Pyro” (Max Martini, PACIFIC RIM) and “Sugar” (Terrence Howard, DEAD MAN DOWN).  All of these guys pale in comparison to resident bad-ass Lizzy (Mireille Enos, WORLD WAR Z), Monster’s drugged-out, foul-mouthed wife who is the team’s undercover operative.  Things immediately start to fall apart for them on their latest bust after $10 million they stole from a cartel goes missing and they soon find themselves in the crosshairs of not just deadly enforcers and local authorities but also each other.  It soon falls upon Breacher and Investigator Brentwood (Olivia Williams, HANNA) to unravel the mystery in the loudest and most violent way possible.  I expected nothing less from a Schwarzenegger flick.

To be fair, this is one of Arnold’s darkest turns since resuming film work and it is pretty effective.  Gone are the jabs at his age or overly-corny one-liners.  Breacher rarely emotes beyond a dull roar (save for one hilarious scene where he yells at an agent interviewing him for having 48% body fat) and though he still enjoys chomping on his cigars, you can tell that there really is not a lot of joy to be had with this character.  As more of his tragic past is slowly revealed, I soon found myself rooting for the one likable guy out of a slew of thoroughly unlikable protagonists.

But just because these agents are unlikable doesn’t make the performances any less enjoyable.  Much like Woody Harrelson’s sociopathic hick from OUT OF THE FURNACE, I have no clue what drove any of these people into becoming such assholes, but at least they look like they’re having a ton of fun acting it.  Everything is all about threatening death, castration and sex with your mom for this fraternity of PBR-swilling killers, but the amount of sincerity each team member injects into these sophomoric interactions makes you realize that if the cast of THE WOLF OF WALL STREET got unbelievably jacked-up and were given access to extreme firepower, they would most likely turn out to be these guys!

Mireille Enos especially is in top form as Lizzy as she holds more than her own with the boys.  Her introduction is out of something I would have thought better suited for a hard R-rated movie featuring Marvel’s Black Widow.  You totally buy that someone this tough could be equally as strung out on drugs and as deranged.  Honestly, she’s the most unnerving character out of the bunch as her twitchy unpredictable nature and absolute kookiness makes her a lot of fun to watch.

However, what wasn’t unpredictable was the overall storyline.  Halfway through the film, the mystery unraveled pretty quickly for me and it soon became a waiting game to get to the big twist that I had correctly deduced an hour prior.  There’s plenty of decent action (including a pretty sweet-looking car chase in the finale) as well as some fairly brutal and realistic gore and blood effects, but ultimately the “stolen money” arc loses out in favor of the audience just waiting for the next big fight scene.

Once you get past the stellar action and gore as well as the cast completely selling you on their super-craziness, there really is not much else to SABOTAGE.  But does that make it not worth an eventual watch?  Absolutely not.  You may just wish to wait for this movie as a rental is all.  Fans of Schwarzenegger will definitely be appreciative of this quieter, but still intimidating, turn for him.  But honestly, his contributions are nearly eclipsed by the entertainingly over-the-top depravity of his cohorts and the funhouse levels of violence.  Like many other films months prior, these aren’t necessarily anti-heroes you can fully get behind, but you sure will love to watch them do their thing.