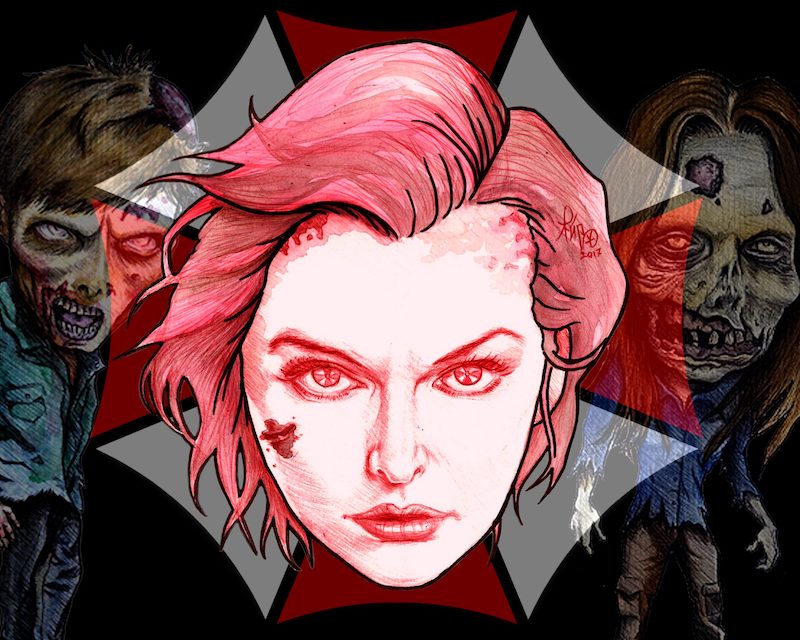 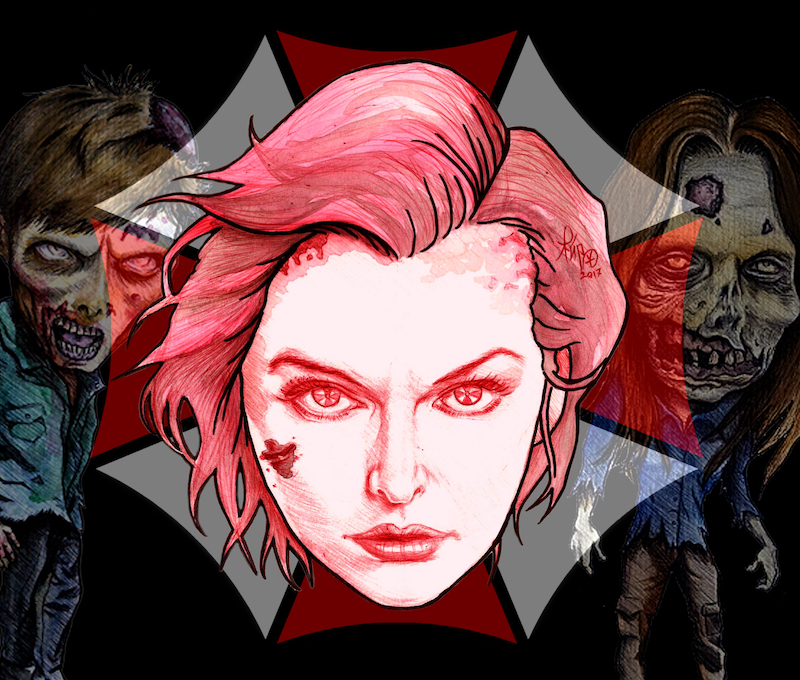 Can you believe it?  The final RESIDENT EVIL movie is upon us.  Did you honestly think you would live long enough to experience this moment?

RESIDENT EVIL:  THE FINAL CHAPTER (Is this really the final chapter? Really?) starts off a short time after the events of the last movie. Did that sentence mean anything to you?  Let’s play a game… Can you remember what happened in the last movie? Can you remember anything that’s happened in any of the movies and what movie it happened in?  Don’t get me wrong, I’m not pooping on the franchise… It’s just that these films aren’t constructed to linger with you after the credits pop up. These movies are an acid trip.  You wake up on someone’s lawn with only a vague recollection of what happened the night before.  In fact, as I write this, this all feels very similar to a review I may have already written on RESIDENT EVIL… This is not to say that the fleeting essence of these films is a negative.  It’s a Sunday on the couch watching LAW & ORDER: SVU episodes.  They are a mindless rhapsody on the pleasure centers of your brain. I’ve already forgotten what I was talking about…  Which RESIDENT EVIL movie is this one again?

Here’s the skinny on RESIDENT EVIL: THE FINAL CHAPTER… It’s the series finale of a cult television show that had terrible ratings.  It’s that show that you tell your friends about and they say “that show is still on TV? I thought it was cancelled years ago.”  Nope.  It’s still on and it’s awesome.  While these films are content to dance on the sidelines of the cultural zeitgeist, Milla and the gang know that there are people out there who love them.  Even if they can’t remember what they love about them.  In honor of you, the fans, THE FINAL CHAPTER is a delightful rehash of all the big things from the franchise that you can remember happening.  Zombie herds.  Religious fanatics.  A ragtag group of beautiful survivors. A traitor in the ranks. The Red Queen. Giant monsters. Laser beam hallway. FINAL CHAPTER weaves a story line that maneuvers Alice through all the high points of the series. It even brings her back to the Hive Facility in the first movie. All with the goal of finally decimating the evil T-Virus from the environment and restoring humanity. Oh yeah, there has been a cure this whole time.  Blue Virus/Green Virus. How did she forget that?  I don’t think Alice is going to be able to pull it off this time… SPOILER ALERT:  She pulls it off.

Does CHAPTER do a good job of wrapping up the series?  Sure?  You find out that the ruling part of the Umbrella Corp orchestrated the apocalypse so that they could wake up to a world free of humanity and global warming, I guess?  Alice is actually a clone of the woman who the Red Queen was based on who ended up having a disease that made her age faster than normal whose dad was the inventor of the T-Virus. Okay. Where did the English Accent come from? Who was the little girl in the second movie, then? The harder you try to focus on a detail from RESIDENT EVIL, the quicker it slips from your grasp.  This movie is Alice running around in a monster apocalypse. What more do you need?  I like that Wesker gave Alice back her powers at the end of the last movie and then the writers decided to just say that it was a trick, because… why not? I like how side characters never really make it past 2 movies in the franchise.  Except for Clare Redfield.  I think this is her 4th movie?  Way to go, Claire! I could watch Milla slow-mo fighting zombies for the rest of my life.  I know you can too.  Even if you don’t remember a damn thing about it after it’s over.