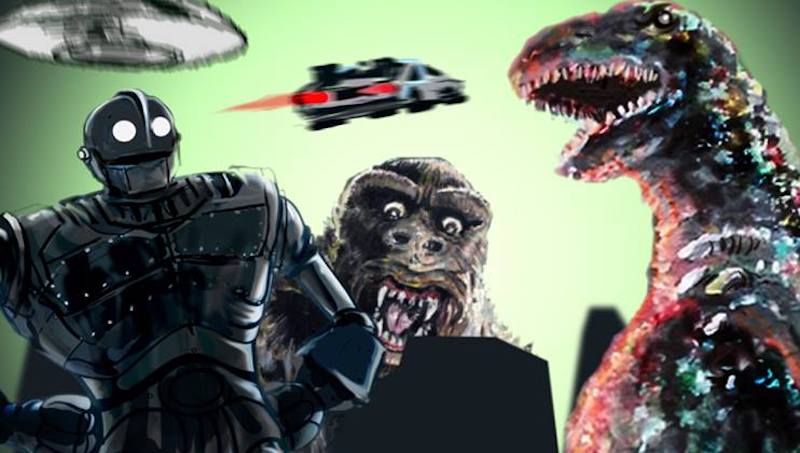 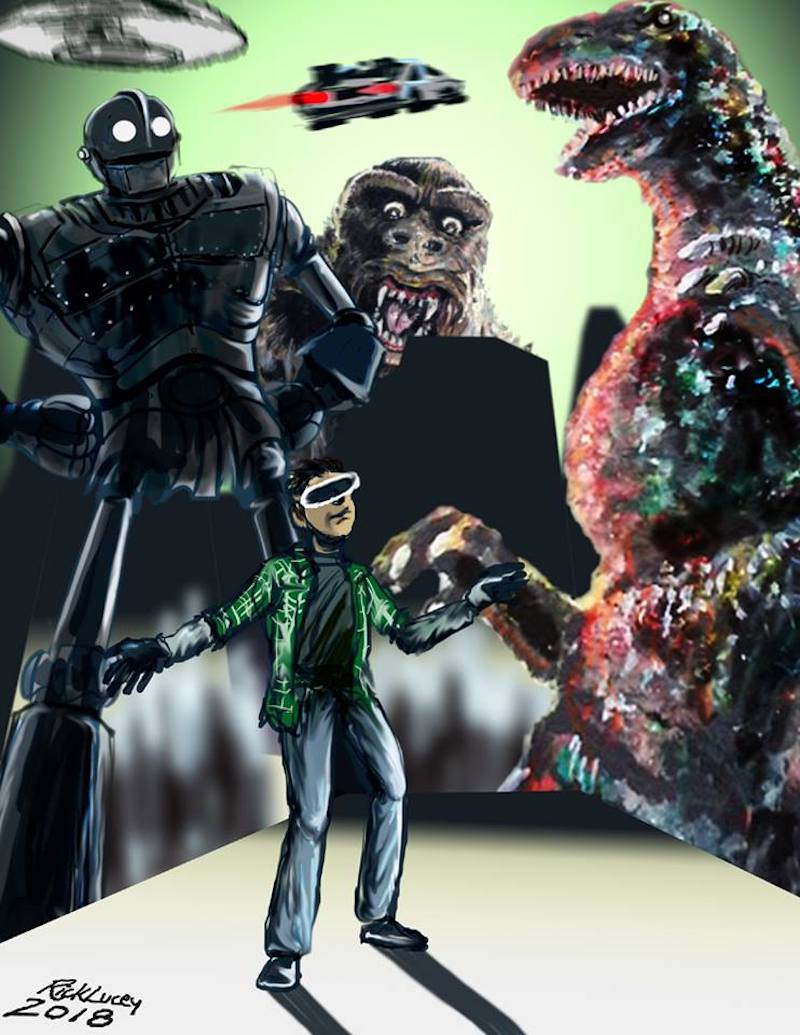 Where the hell is RAINBOW BRITE?

In the year 2045, no one knows what the hell a meme is (Sorry AMERICAN CHOPPER argument panels). Imagine a world where… instead of cat-fishing your algebra teacher in an AOL chat room, you grew up piloting digital avatars in a hyper-realistic virtual landscape called The Oasis? Now, throw in some references to Atari, Dungeons & Dragons and BUCKAROO BANZAI, and you got yourself READY PLAYER ONE. How about we ‘Up Up Down Down Left Right Left Right B A Select Start’ this review. Video game reference!

The brainchild of mega 80’s fanboy-genius, James Halliday, the Oasis is an impossible digital universe filled with every imaginable experience. Within this binary Imaginarium, exist a game. The game. An Easter Egg “fetch quest” wrapped within the pop culture references of Halliday’s childhood. “Party on, Dudes!” He was a huge video game, comic book, sitcom, movie, music, role-playing nerd, so, that shit is everywhereeeee. It’s been 5 years, since Halliday’s death activated the Easter Egg challenge, and no one’s been able to crack the first clue. The person who can decipher Halliday’s puzzles, not only gains control of the Oasis, they also get like… a lot of money. Who’s got time for puzzles when you can jet ski across Arrakis with Harley Quinn and Dumbo? Skydive through some Sharknados. Play poker against some ThunderCats and a couple of Ferris Buellers. The quest, while being very important, isn’t the singular focus of The Oasis. The real world is shit and the Oasis is the only escape. So, people escape from it. Halliday’s quest is like the ‘Publisher’s Clearing House’ contest. Some people live for that shit. It’s an Xbox Live chat, in a world of WebMD’s. Most of the folks in the Oasis have moved on from that pipe dream. Everyone… Except for our heroes and the evil corporation counting their Easter Eggs before they hatch. It’s a classic tale of “those who would give it back to the people” and “those who would exploit it for all its worth.” They fight. The heroes win. “Game Over, man. Game Over.”

The parts of The Oasis that we see in READY PLAYER ONE, are a very small part of a much bigger world. It’s a single chat room. A small comment section in a much larger internet. It’s an important distinction because it speaks volumes about the motivations of the main characters. When, given the opportunity to literally do anything, why would these people still dedicate their lives to the hunt? Financial gain? Digital freedom? A better understanding of humanity? Wade (Parzival) sought to escape from his living conditions. His desires were selfish. He was unable to see the ‘reality’ of the situation. Samantha (Art3mis) sought to free the victims of the evil corporation, but, couldn’t connect the game with Halliday’s identity. While their motives differed and hindered their quest, it was their commitment to Halliday’s vision that made them worthy of victory.

One of the more interesting deviations from the novel was creating challenges that required a better understanding of humanity and less of an understanding of crypto-pop culture. Each challenge, in the movie, represented different aspects of Halliday’s personality. Parts of himself that he was both proud and ashamed of. His distaste for rules. His regret over risks not taken. The beauty of the journey. Learning from the mistakes of the past. The trouble with the READY PLAYER ONE novel was this notion that only a “true pop culture fan” could save the world.  A sort of “gate-keeping” mentality that lacked the fundamental appreciation of the content and focused more on judging who was worthy of representing it. Can you defeat Joust in a single playthrough? No? Then you’re shit. Can you recite WAR GAMES from memory? Do you know every song from the band “Rush?” Adventure. HOLY GRAIL. Tempest. Black Tiger. Only the worthy deserve a seat at the table. This unspoken measurement of fandom that alienates more than it aligns. Listen. I dig the idea that only someone capable of reciting the pilot episode of GROWING PAINS, while beating Mike Tyson’s Punch-Out, could save the world. That’s dope. I much more enjoy the notion that someone who appreciates Halliday’s full pop culture catalog (and could also relate it to his life) is worthy enough of his prize.

This movie was a blast. I saw it opening weekend and went back the following day. The references were great, but, boy… How great would it have been if the screen was overloaded with deep cuts? The DeLorean with a NIGHT RIDER scanner is good… I dug the blade from KRULL. Kongs and T-Rexes. I just wanted a few more cameos that would have devasted fans. The full cast of BUFFY THE VAMPIRE SLAYER. Main characters from WORLD OF WARCRAFT. The Yeti from that skiing game that you could never beat. Spider-Men and RESCUE RANGERS. Voltrons and the entire cast of MASH. Shit like that. I could have done without the “you won’t find me attractive in the real world” storyline. In fact, I would have been completely fine if the main characters never actually met in the real world. I was angered by those nerds who aligned themselves with the evil corporation and then cheered its destruction. Uh huh. I see you. Lena Waithe’s character was great, but, I felt like she was missing some important details. The idea that a black woman would choose to represent themselves as a man, in this nerd culture simulator, had much more of an impact in the book. At one point, the caretaker says something along the lines of “No adult themed avatars are allowed in the lower levels” or something.  Which made me realize that 99% of the Oasis is made up entirely of the nastiest shit you can imagine. THE SHINING sequence was probably one of the coolest things I have ever seen. The final battle was enjoyable. People cheered. I cheered. Shutting down The Oasis on Tuesdays and Thursdays? That’s dumb. The Oasis is a major economic resource. How many people did you bankrupt with that decision? Kids! Halliday’s avatar should have been Harambe. The ‘virtual world is great, but, reality is better’ is a fun ending. I can get behind that. Hadouken!