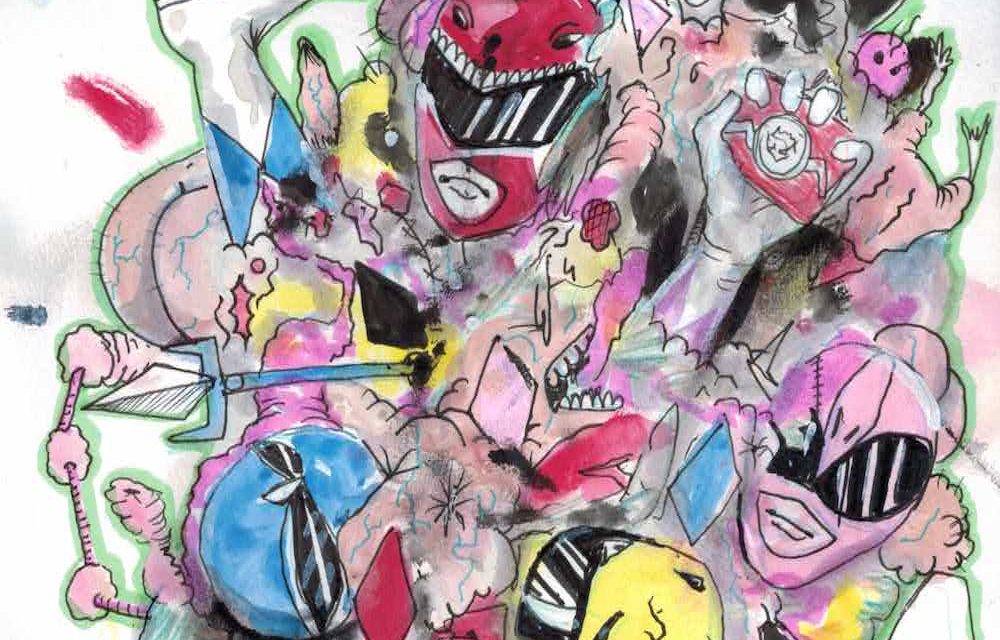 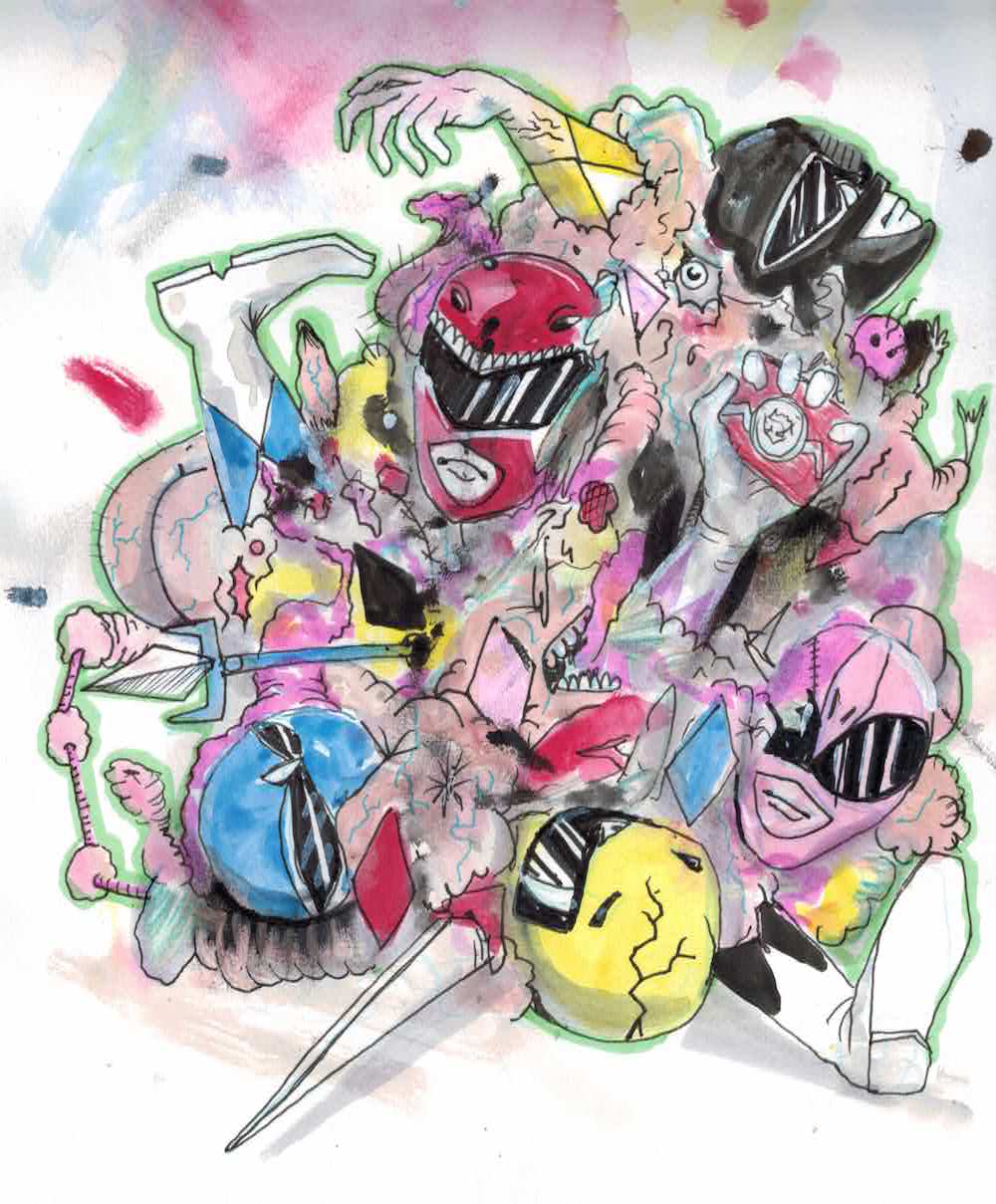 It is astonishingly refreshing to view a superhero movie reboot with no preexisting deep connections nor substantial knowledge base of the original. I went into POWER RANGERS with absolutely no expectations. Batman and the Ninja Turtles were more my jam in childhood and all I really recall from the occasional episode I witnessed from the original Ranger TV show was that the heroes were generic interchangeable do-gooders. But even though this franchise isn’t necessarily my thing, I can appreciate and respect trying to take a campy premise and present a more mature or serious slant on it while trying to keep the spirit of the original intact.  And in that regard, it feels like POWER RANGERS succeeds in this endeavor for the most part.

In this new iteration of the Mighty Morphin’ mythos, five troubled teens living in the quiet town of Angel Grove are drawn together to discover a set of mysterious multi-colored coins that grant them superhuman abilities.  Soon after, they come across a spaceship buried deep inside a mountain that is home to the ancient extraterrestrial intelligence Zordon (Bryan Cranston) and his trusted robot assistant Alpha (Bill Hader).  Zordon reveals to them that he was once the leader of a team called the Power Rangers: alien warriors dedicated to safeguarding a crystal that allows life on Earth to thrive.  But all of that is in jeopardy due to the reawakening of his former ally-turned-enemy Rita Repulsa (Elizabeth Banks) who will bring about the apocalypse if she discovers where the crystal is buried.  Time is short as Zordon and Alpha rush to get these five new recruits to trust one another and harness the power of the coins in order to become a new generation of Rangers.

All of the basic plot beats are here: the group’s introduction to the power, team building, team friction, getting smacked down by the villain, learning the value of true friendship and finally combining their powers (and giant robotic Zord vehicles) to defeat evil.  But thankfully, POWER RANGERS strives to work further outside this structure that served several seasons of the show well in reruns.  One factor that helps greatly is the supporting cast that adds a sense of gravitas to the proceedings. Cranston doesn’t just play Zordon as some run-of-the-mill wise mentor; he actually displays quite a bit of fallibility and selfishness, taking the character on his own emotional arc. Hader’s Alpha serves well as the comic relief without getting into the “extremely annoying” territory I somewhat remember the original version inhabiting. And Elizabeth Banks is clearly having a ball playing Rita, making her extremely grand and eccentric but still terrifying.  Without a doubt, this villain can get quite grim with a massive thirst for destruction, mystical torture and even murder.  But it never delves too far into darkness and the big silly spectacle of the Rangers’ world again grabs the focus.

It is a bit of a slow burn to get to the colorful armor, the costumed fight scenes and the giant monster/bot brawl, but all of that means nothing to me if our main heroes are boring and dull.  And that is the one massive improvement this reboot has over its source material: dedication to character development and injecting our leads with an overabundance of complexity and heart.  The time before the inevitable showdown is well spent fleshing out the personalities of these teens and making their motivations and camaraderie sincere and believable.  Honestly, speaking as a rookie to all things Ranger, I enjoyed these characters more before they morphed!

With lesser performances, the added motivations for these new Rangers would quickly crumble.  But these young actors more than hold their own.  Ex-high school football star and juvenile delinquent Jason/Red Ranger (Dacre Montgomery) has to learn to accept responsibility not only for his actions, but for the well-being of all as the new leader of the super teens.  Former cheerleader Kimberly/Pink Ranger (Naomi Scott) must come to terms with a horrible thing she did to a friend and discover she still has something worthwhile to offer the world.  Billy/Blue Ranger (RJ Cyler), a brilliant teen with autism, continually strives to connect with the others and be the eternal optimist.  Resident hothead Zack/Black Ranger (Ludi Lin) struggles to drop his “reckless tough guy” act and actually open up to his teammates about his fears.  And perpetual new kid at school Trini/Yellow Ranger (Becky G)–now the franchise’s first confirmed LGBT character–must come to trust that her new friends have her back and accept her no matter what.  The chemistry between these actors is evident from the get-go and makes for some great scenes of the teens just trying to figure each other out.  It all reads very naturally and is quite endearing…so when the life-or-death stakes of the war against Rita are thrown into the mix, I buy into everyone’s responses to both triumph and tragedy.

Unfortunately, making the storyline a little more mature is a double-edged sword as any nostalgic references feel wildly out of place amidst this semi-serious tone.  The iconic theme song gets its moment to shine, but ultimately felt like more of an afterthought to appease diehard fans.  There are some cameos from original cast members of the show–at least two I recognized due to them always having panels and being on the floor at comic conventions I’ve attended–but they are held on for so long that it doesn’t play like a natural reaction to the events of the film and more like just yelling at the audience, “Hey, you old Ranger nerds!  We got your fan-favorites right here!”

And there is the unforgivable sin of having the movie’s main MacGuffin be tied directly to an absolutely transparent and unashamed bit of product placement.  I gotta say, even for a Power Rangers movie, stone-cold killer Rita directly shilling for Krispy Kreme in the main plot is a little much…

But other than those awkward missteps, POWER RANGERS was an enjoyable movie.  Having only the barest familiarity with the property, I found more merit in the “coming of age” themes than with the high-energy “good vs. evil” action.  It actually felt pretty good to get to know these characters as people rather than action figures.  Who knows?  Maybe if the original show had been more like this film, I would have been a fanboy-galore for this franchise.  But as it is, POWER RANGERS is a curiosity that I am happy enough to have indulged.

Check out Mike’s McGTV v-log for more on the film.  WARNING: MILD SPOILERS!