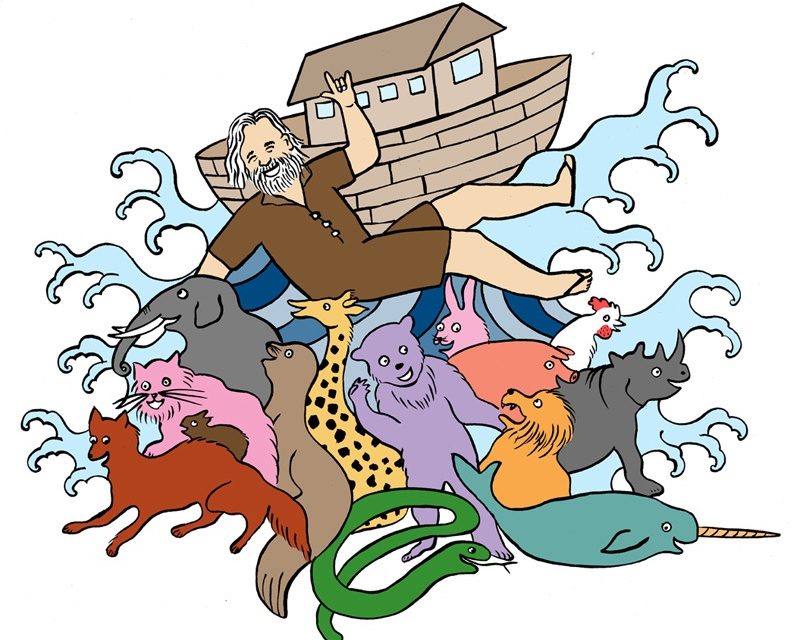 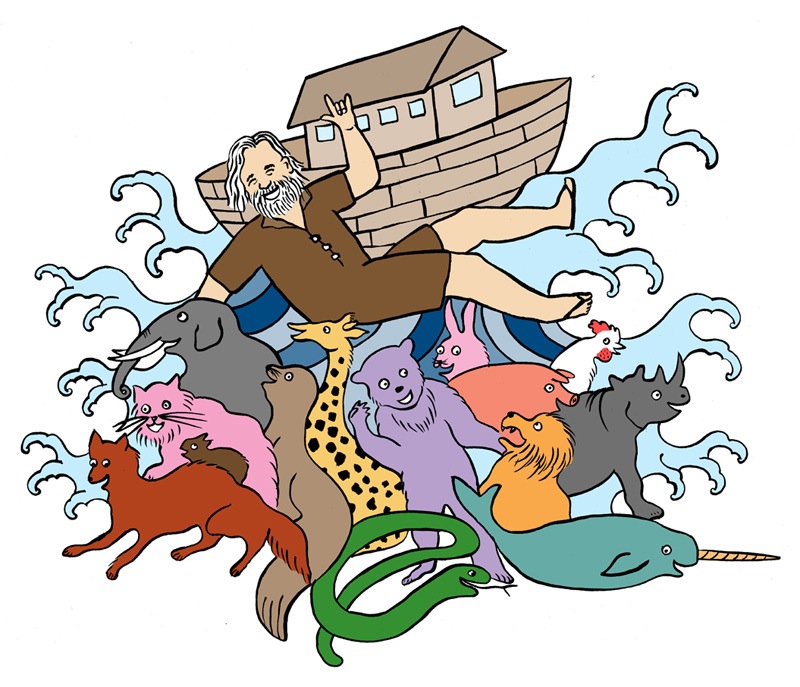 After the ridiculously profitable BLACK SWAN ($330 million worldwide on a $13 million budget) doors opened for director Darren Aronofsky. He got the necessary clout to finally make a movie about NOAH, a man whose story he had been obsessing over since childhood. After rumors of a tumultuous production that allegedly had studio heads breathing down his neck to make it more commercial it was thought Aronofsky’s niche sensibilities would be minimized to make room for something more palatable. However, within a few minutes of watching NOAH I knew that for the next two+ hours I was going to see an ambitious and probably pretty insane version of the ancient parable. Despite incorporating some of the blockbuster tropes I tend to suffer through (shoehorned in female love interests, wise old men moving plot forward, a relentlessly one-dimensional villain, characters being at the right place at the right time), Aronofsky’s NOAH is a wholly unique epic. Starting with the grotesque opening credits through the harrowing finale, this movie is 100% Aronofsky’s version of a big Hollywood movie.

The world in NOAH is an awful place where humans behave barbarically with one another and have nothing but contempt for the Earth. They believe the Creator (the word “God” is never uttered once) has forsaken them to duke out existence the best way they see fit. Noah, however, is a descendant of a just man (Seth, brother of murdered Abel and murderer Cain) and still lives the way the Creator would have preferred (for example, he’s a vegetarian). One night he gets visions of an impending flood. Apparently, the Creator decides to give life on Earth a mulligan by decimating all wickedness. Noah is to build an ark to save the innocent (i.e. animals) so that life on Eden may have another shot. A cold, dog-eat-dog setting is where Aronofsky tends to feel most comfortable (or at the least willing to explore) and how the individual and the group persevere or fall drastically apart. It is no surprise then, that some people, given the tremendous weight of the stakes, go mad.

A big epic film wouldn’t exist without a threat in the form of a villain. For NOAH, there is Tubal who is everything Noah is not. He’s an entitled murderous descendant of Cain. Once strange occurrences begin, he believes the prophecy of the flood to be true and considers passage on the ark to be his right. Tubal at one point gives a rousing pre-battle speech to his legions. They are going to bum rush the ark in hopes of surviving the flood. The speech is about the invincibility that comes from unity and how their will and it alone shapes their destiny. We’ve seen this sort of monologue countless times before in epic war films but never from the villain.  This sort of self-belief is the currency Hollywood has been trading in for years and it coming from the villain was curious. On the other hand, to see the protagonists (whom the audience is supposed to root for) wallow in fatalism and all but renounce humanity’s future is pretty counter-intuitive in a big budget film.

NOAH isn’t coy about depicting what would happen if a flood drowned every human. The terror and despair is given time to resonate with the characters and the audience. One specific scene reminded me of the news images of people flinging themselves out of the World Trade Centers on 9/11. I won’t divulge as to why I saw a connection (don’t wanna spoil) but it was that visceral and unexpected. And that goes for most scenes from the film. Visceral and unexpected could have been the tag line for NOAH. Aside from some aforementioned eye-rolling tropes (and silly perfectly fit and sewn costume design! [that’s a pet peeve]), most creative decisions that went into bringing this story on screen worked very well. Clint Mansell’s score works throughout the film in that it’s appropriately epic in scope but the strings bring an air of sadness. The mix of practical effects, CGI, stop motion and time-lapse photography gave the film not only a tactile tangibility but created an other-worldly atmosphere that served the film’s plot very well. The look of the production design was in no way going for anything from this reality but probably from Aronofsky’s middle school interpretation of what the land in the Book of Genesis could have looked like.

All the technical components are in service of NOAH’s big questions that Aronofsky asks. What makes a man a man? Could you do what you believe to be right even if it feels wrong? At what point do you set aside your sense of duty and follow your instincts? These questions are given time to breathe throughout the film and their toll is well captured on Russell Crowe’s furrowed brow. Aronofsky has found another way to find gripping drama within the confines of a troubled psyche.