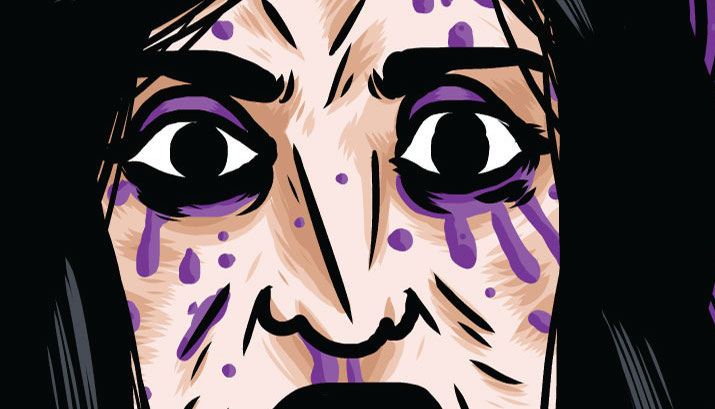 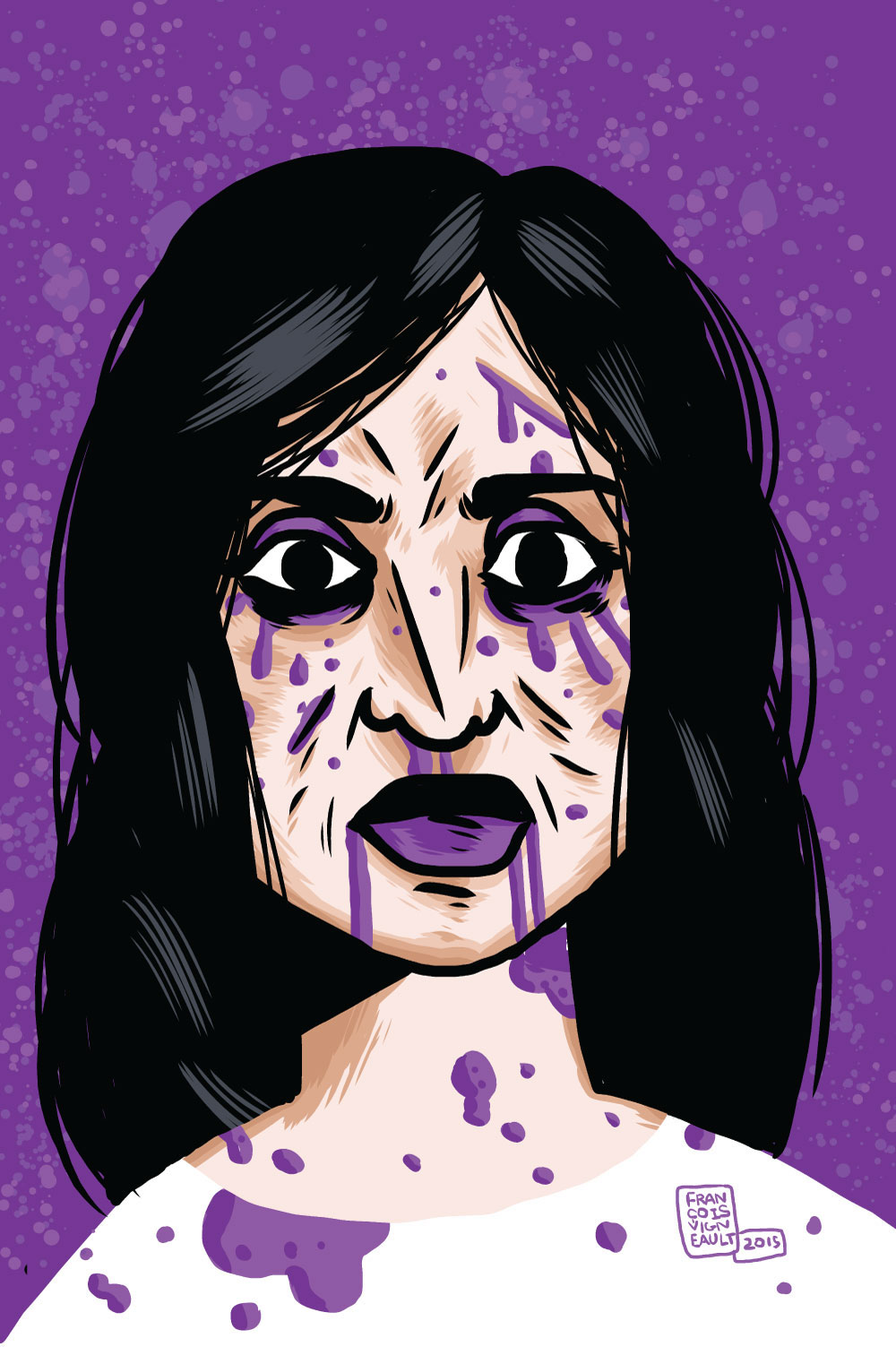 Can we please just spend a year or two focusing only on Netflix-based Marvel shows, Marvel Studios?  In fact, that’s not so much a question as a demand.  Marvel Studios, you will focus all of your creative energy into delivering me more excellent shows!  And then, you will prepare me a delicious porterhouse (served medium rare), pour me a glass of the finest Pinot Noir, draw me a bubble bath and give me a foot massage.  Because if your newest original series has convinced me of anything, it’s that I have the power to make you do anything I want.  I just won’t…you know…be pervy or rape-y about it like your latest TV villain…

…well, this is an awkward review already, isn’t it?

Okay, don’t get me wrong: Marvel’s movies are awesome visual treats to behold and AGENTS OF S.H.I.E.L.D. does a good job at tiding over the wider audience on a major network, but so far their binge-worthy online streaming series have been captivating.  From the spectacular acting tour de force spearheaded by Vincent D’Onofrio’s Wilson Fisk to the downright gritty and uncompromising storytelling that makes any cinematic rival the Avengers are facing look like Barney the Dinsoaur, Marvel’s Netflix franchise broke through with just the right hit in their extremely-excellent DAREDEVIL series.  Following that I’ll admit that even though I was enthusiastic about more down-to-earth adventures from the MCU’s street-level heroes, DAREDEVIL would be a tough act to follow.  Enter JESSICA JONES: the story of a failed super heroine with a dark and secretive past now trying to make a living for herself as a private investigator.  Well, it seems Ms. Jones is more than up to the challenge as her series takes both the viewer and the Marvel Universe into harsher, darker territory and unapologetically refuses to let your mind drift anywhere else.  Thank you for that, JESSICA JONES.

Much like DAREDEVIL, this show is unflinchingly earnest in its narrative.  You’ve been warned: a lot of trigger-worthy material gets touched upon in JESSICA JONES.  There is your standard Marvel “good versus evil” theme running throughout the episodes, but there is also plenty of subject matter that would make Captain America blush.  From explicit sex, drug abuse, alcoholism, murder, post-traumatic stress and rape this is most definitely a different corner of the Marvel Universe that we have begun to explore.  At times, it might feel as if the extravagant and optimistic world of the movies and S.H.I.E.L.D. are completely separate from this little chunk of bitter reality nesting in Hell’s Kitchen.  Hell, this show even feels removed from the gritty DAREDEVIL with only a familiar face from that series showing up briefly towards the end.  But that I feel is the appeal of the MCU: you can carve out little niches for every type of character and genre in this universe without compromising the bigger picture and that it’s all connected.  There’s a certain undeniable charm in knowing that hardened vigilantes like Daredevil, Jessica Jones and Luke Cage co-habitate a world with a space god with a magic hammer and a talking raccoon.  A reference or two to Marvel’s “A-team” and the alien invasion of NYC are made, but they are way more subtle than any reference on AGENTS.  And the DAREDEVIL cameo doesn’t feel out of place as it makes sense that these characters would eventually cross paths in this small neighborhood.

Despite the inclusion of super powers, this show is exceptionally well-grounded with a “film noir” twist thanks to the performances of its cast.  Jessica (Krysten Ritter) is a hard-boozin’ cynical and solitary main character with the mouth of a sailor.  She doesn’t care much for people and vice versa.  About the only people she tolerates are her foster sister Trish “Patsy” Walker (Rachael Taylor) who is a former child actor trying to take control of her life in several ways (like Lindsay Lohan except successful), her heroin junkie neighbor Malcolm (Eka Darville), a stone-hearted bitch of an attorney named Jeri Hogarth (Carrie-Ann Moss) who throws her the occasional job and a well-built bartender with a mysterious past and unbreakable skin named Luke Cage (Mike Colter) who ends up becoming her super powered booty call.  Eventually, Jessica gets drawn into a case in which a young girl named Hope (Erin Moriarty) apparently needs rescuing from a man with the power to force anyone to do what he desires.  A man from Jessica’s own haunted past that was thought to be long dead: Kilgrave (David Tennant).

Oh, David Tennant.  Let me count the ways in which you entertained me and thoroughly creeped me out in this series.  While not quite as intimidating as Wilson Fisk, Kilgrave was a spectacle to behold and I’m sure a pot o’ gold for Tennant when it comes to acting.  Imagine being granted the power to make anyone do anything you wanted them to at an early age.  Then imagine growing up like that and always being accustomed to getting your way.  You wouldn’t necessarily view yourself as evil, but you also would be devoid of any moral compunctions about your actions.  At times, Kilgrave may demonstrate some sadistic pleasure regarding his power, but Tennant balances that well with a subdued performance for the most part.  The way he matter-of-factly orders people to harm others or themselves shows the character’s jadedness with people and, to a certain degree, his boredom.  All of humanity are his pawns.  No one challenges or intrigues him…until Jessica, that is.

In fact, Tennant’s most sincere moments as Kilgrave only surface when he reconnects with Jessica.  He has become so disillusioned and delusional with his ability that, in his own way, he shows genuine affection for her and wants her to love him for him without holding any influence over her mind.  The series really taps into that SILENCE OF THE LAMBS-type dynamic between the two of them and Ritter more than holds her own against Tennant’s predator stare.  Their scenes together are, without a doubt, the highlight of the series.

JESSICA JONES is a ride and a half.  It distances itself from the MCU herd by providing its most damaged and vulnerable hero to date, but it is definitely all the better for it.  This show is serious business and isn’t afraid to venture beyond the “family-friendly” world of the Avengers or even the fairly-serious yet still-colorful world of Daredevil.  It’s raw, it’s dark and it has a fairly twisted sense of humor about itself…much like its protagonist Jessica.  Sure, I’m looking forward to the next installment from her big-screen brothers and sisters, but I’m looking forward to what this super powered P.I. has in store for us next even more.