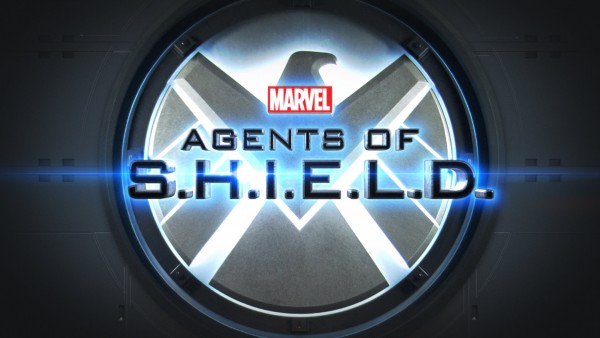 WARNING: Major spoilers for those of you not caught up on MARVEL AGENTS OF SHIELD. If you care…

Well, it only took 17 episodes for MARVEL’S AGENTS OF SHIELD to make my nerd pants feel tighter.  The question is, will they remain tight or quickly return to their regular state of roominess?

CAPTAIN AMERICA: THE WINTER SOLDIER gutted the heart of the Marvel cinematic universe when it destroyed SHIELD (Check out Sean Wheeler’s awesome review of CAPTAIN AMERICA: THE WINTER SOLDIER ). SHIELD was the thread that tied every “Marvel: Phase One” movie together. They were the patron saints of Marvel movie continuity and Agent Coulson was their Jesus Christ. (Happy belated Easter!)  SHIELD knew there was more to the situation when a man escaped capture in Afghanistan through ‘mysterious means.’ More to it when a doctor miraculously survived a lethal dose of gamma radiation and then disappeared.  No one saw the patterns except for the one group of people whose job it was to see them and contain them.  They were a shadow organization full of spies, bad asses and assassins.  The world was chaotic and SHIELD maintained the order. And then Thor’s hammer fell to Earth and things got interesting.

Until THOR, the Marvel Cinematic Universe was a place full of a few random scientific abnormalities and freak accidents. A handful of incalculable miracles of fringe science. And then, an Asgardian prince fell to Earth and brought with him the dangers of the seven realms.  The universe grew and SHIELD realized how hopelessly outgunned it was. So, it adapted and contained. The Marvel comics universe is a world full of mutants, magicians and aliens. Impossible heroes doing battle against unimaginable evil.  But, it wasn’t always like that. Once, there was only a handful of mutants seeking to protect a world that hated and feared them.  Regular people didn’t believe in aliens or parallel dimensions. Villains wore suits, not capes. Slowly, the world got stranger and it just kept on getting stranger. People were getting bit by radioactive bugs and taking toxic waste baths all over the place!  Mutants were popping up everywhere.  Aliens were landing all over the world. In order for the MCU (Marvel Cinematic Universe) to become as wild as the comic universe, something needed to happen… SHIELD needed to be disbanded.  Hail Hydra.

I will confess that I almost (ALMOST) lost faith in the SHIELD television show around the 5th or 6th episode.   I wanted a show that existed in this exciting new cinematic world, but wasn’t hopelessly dependent on the movies that helped create it.  I wanted a show that paved it’s own way in the Marvel Universe and made you excited for it’s story, not just in the stories that tied in with the movies.  I wanted SHIELD to realize how out of control the world truly was and be unable to keep up. ‘Who cares what Stark and Thor are up to, we have our own problems!’  It’s starting to look like the Agents of  SHIELD are finally learning that lesson and I couldn’t be more excited about where it’s going.

I love Joss Whedon stories.  I just hate how long they take to get where they are going. It wasn’t until the ending of season one of DOLLHOUSE, that I realized that all he was doing was just setting up the new direction he had planned for Season 2. Is that all season 1 of SHIELD is?  To show us how in control SHIELD was, before pulling the rug out from underneath them? Every impossible situation was contained by Coulson and his team.  The wilds of the Marvel Universe were unable to grow. There have been a handful of episodes of SHIELD, since the CAPTAIN AMERICA movie, and it seems like that’s the direction the show will be going in.  No one can be trusted.  SHIELD is dismantled and now there’s no backup. One of the good guys, was a bad guy the entire time. (Actually, Ward is a psychopath.)  A prison full of super villains was just released back into the population. Mutants (or Inhumans? Whatever Quicksilver and Scarlet Witch are) are going to start randomly popping up. GUARDIANS OF THE GALAXY will give us a glimpse at all the shit that is stirring up in space. Doctor Strange was just mentioned, which means that the magic realm is about to be introduced. SHIELD is unable to monitor world events and even worse, unable to act on them. The absence of SHIELD is going to force super-powered people to step up and start protecting the world in the way that SHIELD use to. Which seems especially likely considering we are about to get DAREDEVIL, IRON FIST, LUKE CAGE and JESSICA JONES shows.  Crazy shit is about to start popping up and even crazier shit is going to have to step up to stop it.  Hopefully, all resulting in SHIELD becoming the smash hit that it truly deserves to be.