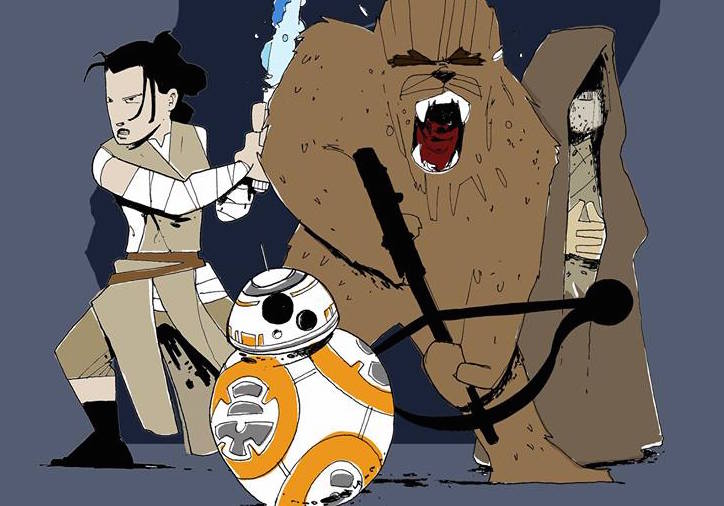 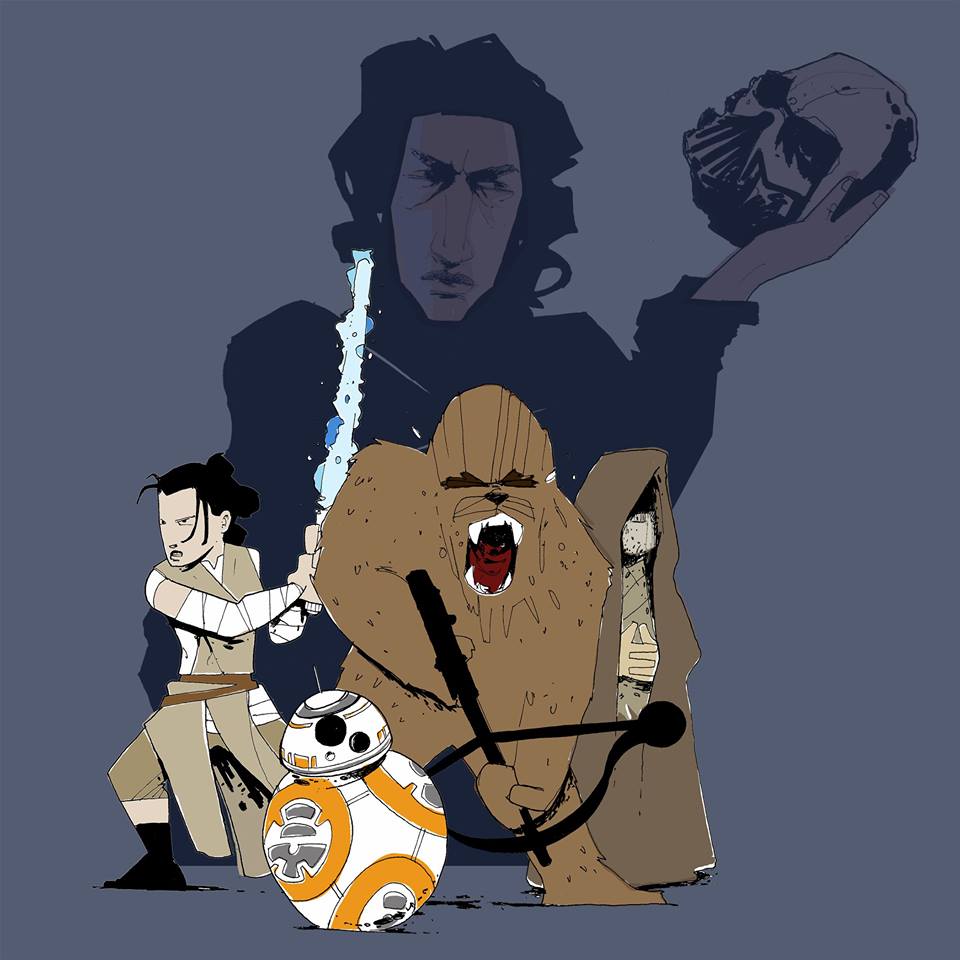 WARNING: This article is going to contain heavy spoilers.  Exit now at your own peril

Han Solo is murdered by his son, Ben Solo AKA Kylo Ren.

Holy shit.  I’ve been wanting to post that online for the past week.  My life after seeing THE FORCE AWAKENS has consisted almost entirely of whispered plot analysis, carefully crafted text messages and back alley nerd debates. It’s not enough. I have all this pent up ‘rant’ inside of me and no where to rant it. ‘I’m being torn apart.’ I feel like a 13 yr boy full of angst and sexual frustration, with no outlet of release.  N.E.R.D.!  I can explode all over N.E.R.D…  Yes. Let the spoilers flow through you, Mark.  Give into it.  YESSSsssss!

To be clear… this article isn’t going to be anything remotely similar to some of the other in depth analytical dissertations you might have already seen written about this film (Shit. Mark from the future here. I ended up going on quite the tangent).  I just need to throw some spaghetti against the wall.  I’ll even do it in bullet points to help keep this precise.

Damn.  I’ve only seen this movie twice. The second time, it was next to a kid who kept repeating that he ‘didn’t want to be there’ the entire time. I’m not counting that one. I need to go again…now.

And be sure to catch Jason Furie’s STAR WARS: THE FORCE AWAKENS Movie Review!