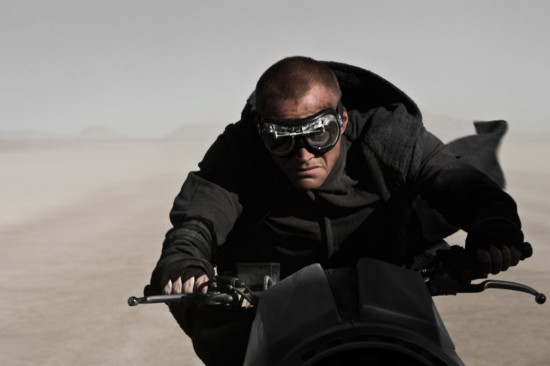 PRIEST has finally hit theaters after being delayed for a rigorous post production 3D transfer. So was this new 3D transfer worth the wait? How the hell should I know!? I borderline loathe the 3D trend in Hollywood today and went out of my way to ensure that I saw PRIEST in its original 2D format. PRIEST is directed by relative unknown Scott Charles Stewart (LEGION) who is more well know for working with the visual effects team in such movies as SIN CITY and IRON MAN. The film stars Paul Bettany (LEGION, MASTER AND COMMANDER) who tries his hardest to hide his English accent by attempting to sound like a badass (much like Christian Bale in BATMAN BEGINS and THE DARK KNIGHT). PRIEST tells the tale of a disobedient Priest (Bettany) who must track down the vampires who kidnapped his niece and return her to safety. He is joined by fellow cast mates Karl Urban (STAR TREK, RED) who plays former “Priest” gone vampire baddie, Cam Gigandet (PANDORUM, NEVER BACK DOWN) as the boyfriend to Priests niece who is also looking for her, and Maggie Q (LIVE FREE OR DIE HARD, NIKITA) as a badass priestess sent to track down Priest for disobeying the church. 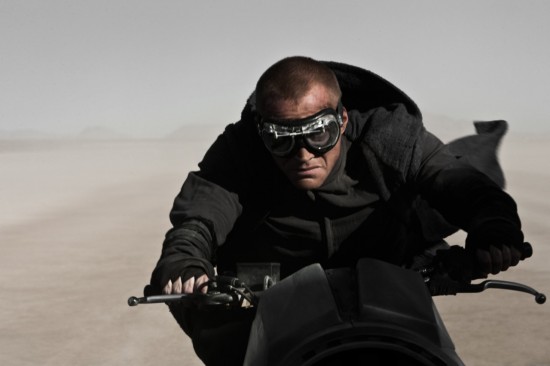 The theatrical trailer for PRIEST is completely badass and filled with sweet looking action sequences, a cool cast of characters, and some killer creature effects. Unfortunately for PRIEST, the coolest stuff in the movie is all jam packed in that insanely awesome trailer and I left the theatre feeling like I didn’t really see anything new. That does not mean that PRIEST is a bad movie, it’s just that I was left wanting much more. Also, the film runs at an extremely short 87 minutes long making me wonder if there is a longer cut out there somewhere and if that cut happens to be unrated instead of the safe PG-13 that we get. In any case, PRIEST is an enjoyable action romp that does indeed have some cool moments that make it worth watching.

None of the characters in PRIEST are really that deep or complex. We are treated to a well done animation before the movie that sets up what a Priest in this universe is and I admit the animation was pretty cool. We basically learn that “Priests” are warriors of the church that are specifically trained to defeat the vampire menace plaguing the lands. I basically gathered that Priests in this universe are much like Jedi (they are even forbidden to love). Once the Priests rid the world of vampires they were disbanded and reintegraded back into society where they were often looked at as outcasts. Bettany as the main Priest does an alright job here even though I think he was trying a bit too hard to be a mysterious badass. He had a hint of an interesting dynamic with Gigandet’s character named Hicks who joins up with Priest to save his girlfriend. Urban’s character known as Black Hat is a bit more interesting as the Priest-gone-vampire and is an enjoyable villain in this story. Maggie Q is likely the best character here who did not over act as much as the others and was the center of a few of the films most memorable action scenes. 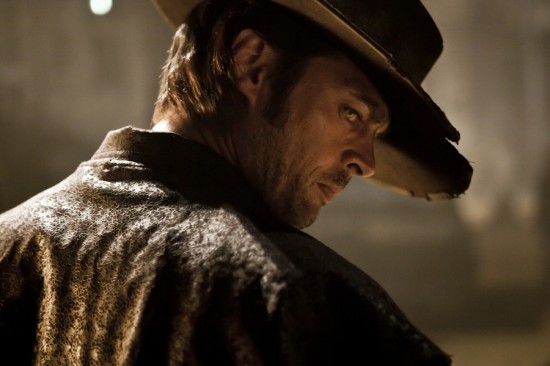 Let’s be honest here, I mainly came to PRIEST with the intention of seeing some cool action sequences, creature designs, and set pieces. The action here was fun for sure and rarely let up. I never found myself on the edge of my seat but was treated to a few memorable scenes that I really did enjoy. There are admittedly a few action scenes that fall flat and come off a bit too cheesy even for my tastes. Once we hit the final 30 minutes we are treated to a few action sequences revolving around a train that are definitely the highlight of this film. The vampires in PRIEST are not the human heart throbs we are accustomed to today (I’m looking at you TWILIGHT and TRUE BLOOD), but instead they are cool beast-like creatures with large appetites for human flesh and blood. While the designs are cool enough, I never felt like they were any threat or even that intimidating. Once thing that did stand out in PRIEST however was the cool atmosphere and set pieces. I was constantly reminded of FINAL FANTASY VII throughout this film due to its high use of steam-punk inspired motorcycles and a main city that was eerily reminiscent of the city Midgar. It made me believe that a FINAL FANTASY VII movie could be made. 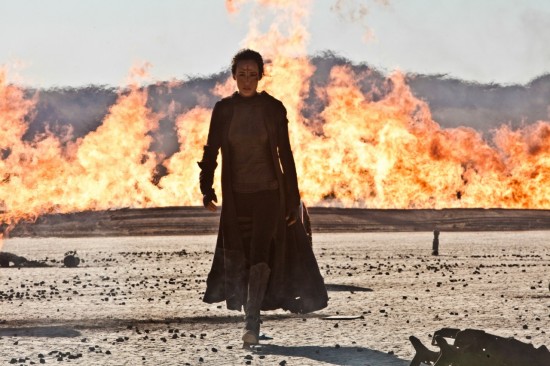 While the characters, action, creatures and atmosphere were all very cool, I was still left with this empty feeling once the credits rolled. I really want to like this movie more than I did because it really does have a nice style to it. A little more character development for the main PRIEST, some more risky action sequences, an R rating and at least 20 extra minutes of plot could have made this one a sleeper hit. Instead what we get is an enjoyable, yet somewhat forgettable, action movie that has a true sense of style but lacks the necessary substance to make it a winner. While I cannot wholly recommend you see this one in theatres, I can recommend it as a perfect rental if you are a fan of action movies that have cool creatures and a solid atmosphere.