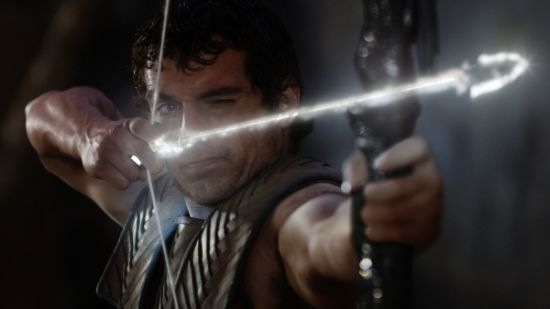 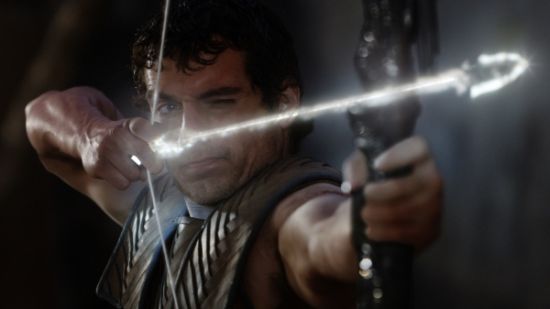 IMMORTALS comes to us from visionary director Tarsem Singh (THE CELL, THE FALL) and stars the enterprising Henry Cavill (THE TUDORS, upcoming MAN OF STEEL). Cavill stars as the human warrior Theseus who is chosen by the god Zeus to lead a fight against a ruthless tyrant who is on a rampage across Greece in the attempt to destroy humanity. While the trailers for this film had my inner nerd giddy with anticipation, I was not even close to being prepared for the amazingly bad ass film that IMMORTALS turned out to be.

The first thing I need to say is that Henry Cavill is a complete bad ass! All I could keep thinking while watching him on screen was just how perfect he will be as Clark Kent/Superman in Zack Snyder’s upcoming film MAN OF STEEL. He has a wonderful screen presence and it is astounding to imagine that his talents as a lead actor have not been discovered until now. His performance here is just awesome and he emits that rare balance between being a likable character AND a complete bad ass as opposed to being just one or the other. While Theseus is not the deepest of characters, he is one that will most definitely be remembered.

Besides Cavill, IMMORTALS boasts one hell of an awesome cast. Mickey Rourke reminds us why his return to the mainstream is necessary. He is performance as the evil tyrant King Hyperion is a wonderful counterbalance to Cavill’s Theseus and the energy between the two leads is electric. The scenes they share are amazing and full of raw and violent energy rarely seen between two rivals in films these days. Great stuff. Supporting cast members Stephen Dorff (BLADE) and Freida Pinto (RISE OF THE PLANET OF THE APES) do a fine job as fellow humans in support of Theseus on his adventure. While neither does anything particularly inspiring, their presence is welcome and fitting. The true bad asses of this film however are the gods themselves. A few notable characters include Luke Evans (THREE MUSKETEERS) as the powerful and wise Zeus, Kellen Lutz (TWILIGHT Series) as Poseidon, Daniel Sharman (THE LAST DAYS OF EDGAR HARDING) as Aries, and the beautiful Isabel Lucas (DAYBREAKERS) as Athena. While the gods do not have much screen time, their scenes make up easily some of the best action sequences I have ever seen in my life. 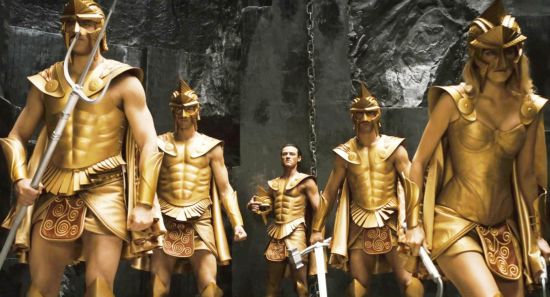 The action in IMMORTALS is simply breathtaking. Films such as Zack Snyder’s 300 and SUCKER PUNCH come to mind as good comparisons yet neither of those films come close to how bad ass this film can get. As I was sitting in the theatre witnessing these fight scenes I frequently caught myself gasping for air and emitting little sounds of pure nerd joy. Seriously people, the fights in IMMORTALS are visceral, awe-inspiring, creative and insanely bad ass. My mind is still wrapping itself around some of the things I witnessed. Sure Henry Cavill has a handful of awesome fight sequences as the human warrior Theseus, but they are nowhere near as astonishing as what happens when the gods come into the fight. Of course I will not spoil anything, but even if I did, my words could not express how wonderful the short but sweet action sequences in this film truly are. Just trust me on this one and see for yourself.

I suppose you are sick of me ranting about how amazing the action is in IMMORTALS. You may be thinking to yourself that this film is dangerously close to being all style and no substance. Well rest easy my fellow nerds because there is a good story to be had from this film. While the story may not be overly complicated or deep, it does do a great job getting its message across and you do come to care about some of the characters. I admit the lack of screen time with the gods made it difficult to see them as anything but eye candy. But the time they do have is so unbelievably awesome that it never really came to mind while viewing. I would have liked the gods to be fleshed out a bit more so that their fates would have had more meaning, but I consider that a nitpick. I assume it was to keep the flow of the main narrative with Theseus going strong. I have zero problems with the pacing of this film. There was rarely a dull moment and character motives and their outcomes were all very interesting and worthwhile. Overall, the story in IMMORTALS is engaging yet I fear some will find it lacking and argue that some characters could be fleshed out a bit more. I am NOT one of those people because I enjoyed the story and easily excuse any lack in characterization in favor of some sweet stylized action! 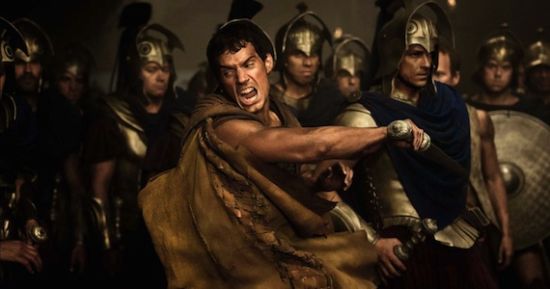 When the credits rolled all I could think about was telling all my nerd friends to go see this movie as soon as possible. IMMORTALS is a delightful surprise that is sure to please people who are open to a stylized action adventure with some truly jaw dropping battle sequences. THIS is what movies like 300 and CLASH OF THE TITANS wanted to be. Don’t get me wrong, I enjoyed those movies (especially 300), but IMMORTALS takes it to a whole new and mature level never seen before in a film of this ilk. I loved watching Cavill on screen as it reassured me of his talents and I highly enjoyed the rest of the performances here. The story was simple yet engaging and the action sequences more than made up for any shortcomings. I highly recommend IMMORTALS to anyone looking for a beautifully shot movie, with a great cast, engaging story, and unforgettable action sequences. IMMORTALS easily ranks in my top 10 films of 2011 and has created a new benchmark for action sequences.