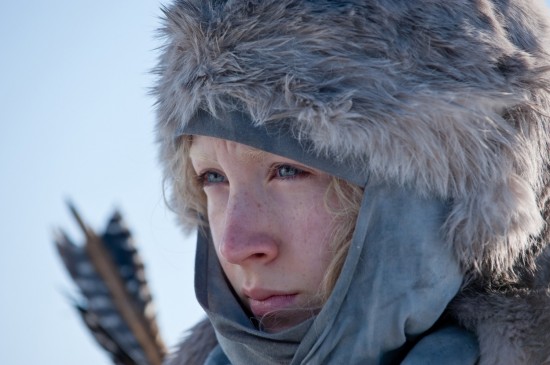 HANNA is simply a surprising and beautiful film directed by Joe Wright (PRIDE & PREJUDICE, ATONEMENT) starring the young and talented Saoirse Ronan (ATONEMENT, THE LOVELY BONES) as Hanna, Eric Bana (TROY, STAR TREK) as her father/mentor, and Cate Blanchett (THE CURIOUS CASE OF BENJAMIN BUTTON, BABEL) as a ruthless intelligence agent. HANNA tells the story of a 16 year old girl (Saoirse) who is raised in the wilderness by her overprotective father (Bana) who trains her to be a deadly assassin and teaches her everything she needs to know in order to survive. Soon Hanna is dispatched by her father on an important mission across Europe while being tracked by a relentless agent (Blanchett) who will stop at nothing to track both Hanna and her father down. While Hanna was taught how to survive, she was never fully prepared for what the “real world” has to offer.

I admit I had little to no expectations going into this film other than remembering that the trailer (and poster!) for this film looked pretty bad ass. I’m glad I didn’t know too much about the plot because I truly think that would have ruined my overall experience. I promise this review will avoid any major spoilers that would ruin it for you. The movie opens in the desolate wilderness where we learn that Hanna has lived there her whole life while being trained by her father to survive and defend herself. What follows is a beautiful adventure unlike any I have seen in recent years. It’s got some wonderful characters, a captivating story that unfolds and evolves with every scene, a superb visual style paired with a great musical score, and some intense action sequences. 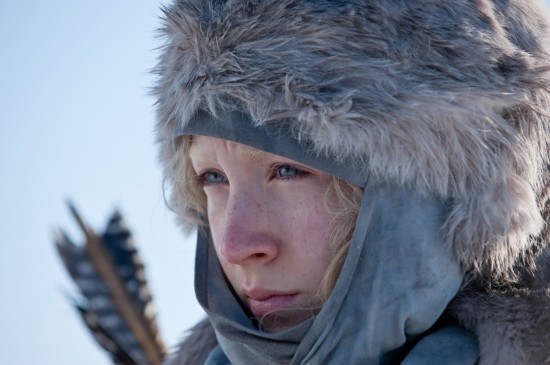 The characters in HANNA, and the actors that portray them, is what really makes this movie shine. These are characters you will come to care about and you will honestly be curious to discover what drives and motivates them. Hanna herself carries this film and is superbly brought to life by the acting ability of young Saoirse Ronan. The range she displays as she balances between a lost and innocent child to a deadly assassin is something to behold. She maintains her childlike wonder and thirst for curiosity even if it is intercut with acts a precise and intense violence. Hanna’s father played by Mr. Bana is another character that is a joy to watch as his story unfolds. He truly is an intense character that only has Hanna’s best interests in mind. The intensity and humanity that Bana shows as this desperate character is powerful and he proves to be a complete bad ass on more than one occasion. The third main lead is Blanchett’s character who does a fine job as the woman in pursuit of Hanna and her father who will stop at nothing to kill them both. Blanchett plays a fiendish villain who has a true desire to destroy her targets and she plays it with a subtle ferocity that is fun to watch. These three main actors play off one another so very well here (especially Hanna and her father) and the supporting cast, including a vacationing family and some eccentric hit men, does a great job at creating some amazingly memorable characters. 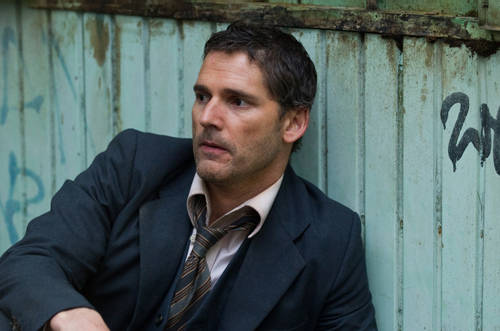 While HANNA can be considered an action oriented thriller, it also has a sense of fantasy to it that creates a truly unique movie going experience. We get the tale of a young woman who has seemingly been “locked up” her whole life and now must face the world for the first time. Throughout this adventure Hanna must experience just how frightening and beautiful the world can be. You must remember Hanna has been stripped of a “normal” childhood that would have been full of things such as friendship, having crushes on boys, and even listening and dancing to music. She was taught only to survive and defend herself. The pacing of this movie is very methodical and the way we see Hanna and the world around her once the credits roll is very much a departure of how we saw her in the opening scenes. There was never a dull moment in HANNA and I for one was completely captivated the whole way through. This is one of those movies you need to shake off when it is over because it transports you into the world and characters so well.

Even though HANNA has great characters and a captivating story, it is still not afraid to mix in some completely bad ass action sequences that make for some truly memorable moments. Everything from the training we see Hanna receive from her father to the relentless chase that is going on is pretty remarkable. Hanna kicks major ass and definitely utilizes the training her father gave her on many occasions. The true bad ass of the movie is Hanna’s father though. There is one moment in particular that consists of one long continuous shot that must be seen to be believed. It’s a visually captivating scene that is only intensified by the lack of any cuts. After witnessing it I could only wonder how the director managed to not only craft a beautiful scene that can be considered art, but to also have it full of so much action and intensity to have me biting my nails with excitement. I love it when directors use this technique and I can appreciate how hard it is to pull off such a scene with such precision. Also of note is the mesmerizing score that wraps itself around this film. I often noted how perfect the use music was to not only set an appropriate tone but to help shape the dream like atmosphere this movie holds. 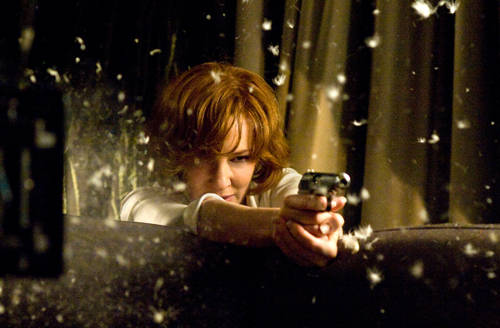 HANNA is truly a brilliant and beautiful film. My attention was grabbed the moment this movie started and it never let up until the credits rolled. This is a well crafted adventure that truly shines as something unique and mesmerizing. The story unfolds with ease and beauty. You will truly care about the characters in this film. The actors all give top notch performances. The visual style has a wonderful dream-like atmosphere that is paired with a fitting musical score. And on top of all that, we are treated to some truly memorable bad ass moments. HANNA is a tale well worth your time and attention. Highly Recommended.