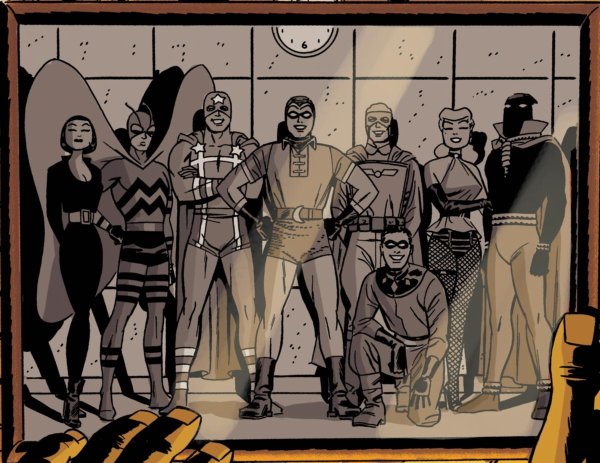 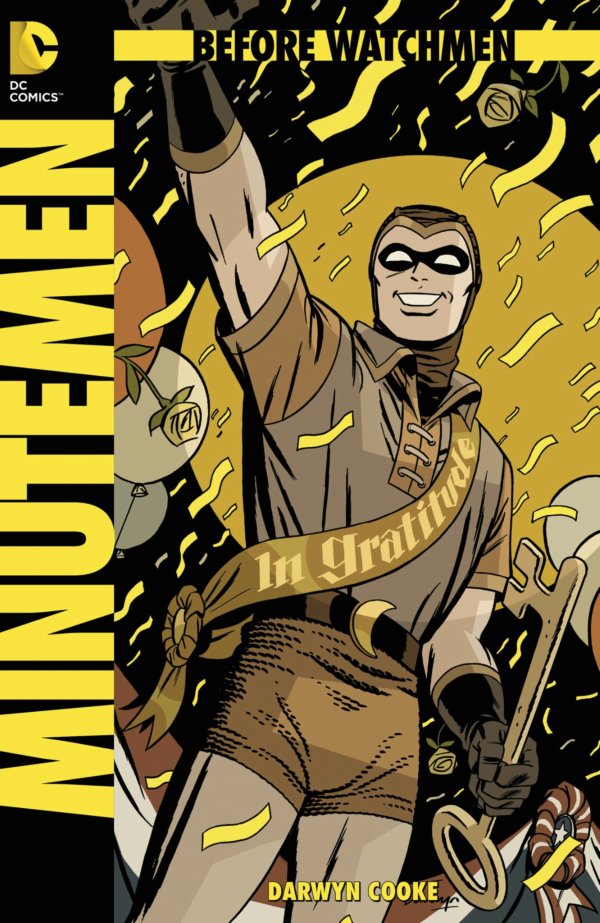 DISCLAIMER: I am a fierce supporter of creator rights. I do not believe any characters should be able to be used for profit in any way without the consent of ALL original creators. To do so is an insult and a gross violation of their rights. Despite this view, I do try to be as objective as possible in my reviews and will do so here.

WARNING: I am writing this review with the assumption that the reader has read WATCHMEN by Alan Moore and Dave Gibbons. If you haven’t, you should go find a copy and read it immediately, because it is fantastic. Also, there may be some minor spoilers in the review if you have not read it.

DC Comics’ “Before Watchmen” event has begun and the first issue to hit the shelves is MINUTEMEN #1. It is written and drawn by Darwyn Cooke (SUPERMAN CONFIDENTIAL) and it focuses on the original Minutemen who, with the exception of The Comedian, were the predecessors to the costumed vigilantes portrayed in “WATCHMEN.” Cooke has been working in the comic industry for more than a decade, and while I’m not too familiar with his previous work, he certainly knows what he is doing. His art style comes off a bit cartoony feeling, which while not a style I prefer, isn’t distracting. Since I have not read any of his other work I don’t know if this is his usual style, but this could be an intentional choice to bring to mind the golden age of comics which is when most of this series will take place. Regardless, the artwork is well done and captures the story quite well.

MINUTEMEN is written in the perspective of Hollis Mason, who was the original Nite Owl, and after a short introductions the story begins to read like “Under the Hood,” Mason’s tell all book about masked vigilantes, being narrated over the events it is based on. We quickly get an introduction to the eight original Minutemen and the briefest of glimpses as to where they came from. The book closes with the beginnings of a serialized pirate horror story, an homage to “Tales of the Black Freighter” from “WATCHMEN”. As this is the first issue, there really isn’t much to be said about the story, other than it does a decent job of setting up the series.