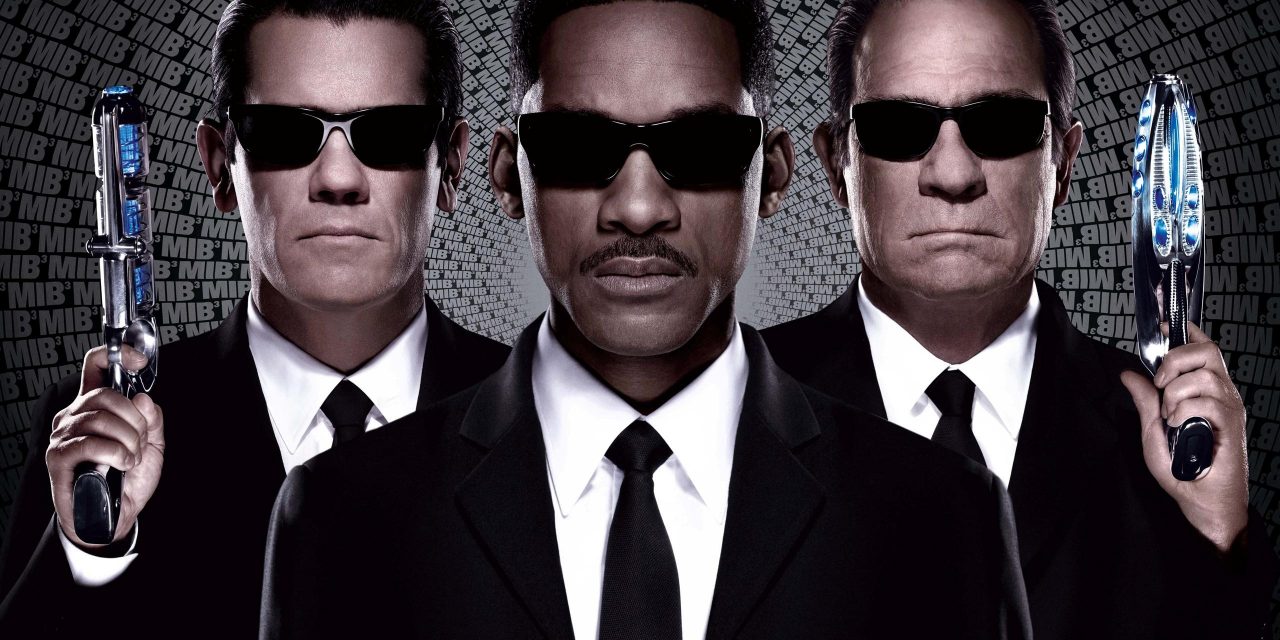 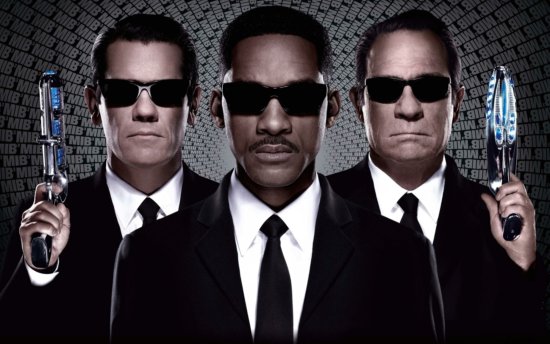 Its been ten years since we’ve last seen them but Will Smith (I AM LEGEND) and Tommy Lee Jones (NO COUNTRY FOR OLD MEN) are back as Agent J and Agent K with Josh Brolin (MILK) coming along for the ride in this summer’s MEN IN BLACK 3 from director Barry Sonnenfeld (THE ADDAMS FAMILY) and writer Etan Cohen (TROPIC THUNDER). For those of you new to the series, MEN IN BLACK is based on a Malibu comic of the same name created by Lowell Cunningham. Like the previous installments, MEN IN BLACK 3 centers around a secret organization that strives to monitor and regulate alien activity on earth.

MEN IN BLACK 3 is a fine addition to the franchise. Like the previous two, the movie centers around Agent J (Will Smith) and Agent K (Tommy Lee Jones). This time around Agent J has to travel back in time to save a young Agent K (Josh Brolin) from being assassinated by a revenge bent, time-traveling, escaped alien prisoner, known as Boris the Animal who is played by Jemaine Clement (THE FLIGHT OF THE CONCHORDS). These kinds of crazy shenanigans are perfect for a Men in Black film, giving the creative team plenty of opportunities to work in the kind of humor their fans have come to know and love. 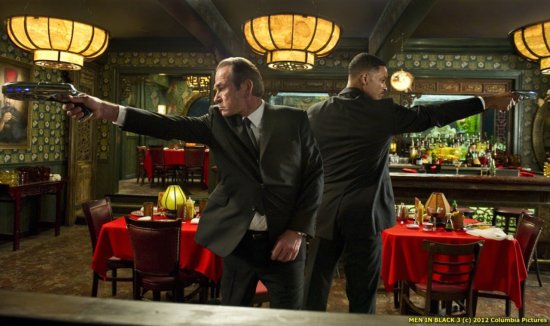 After working in television for the last 5 years, Barry Sonnenfeld returns to the film director’s chair with MEN IN BLACK 3. Personally, I am pleased he has returned to the big screen, as I am a fan of his comedic works, most notably BIG TROUBLE, THE ADDAMS FAMILY movies, and the MEN IN BLACK franchise; I just wish that it had a come a little sooner. Sonnenfeld has a competent directorial style, he knows what works well for both comedy and action, and he uses his talents to keep the audience glued to the screen. He also has a distinct visual style, (watch the openings of THE ADAMS FAMILY movies or the MEN IN BLACK films if you don’t agree) that works quite well for him and brings a distinctive fast paced yet open quality to his movies. And while the film direction is enjoyable, the acting is what really shines in this movie.

Will Smith returns to the screen for the first time in three years, and he has lost none of his talent while on sabbatical. He easily slips back into the role of Agent J, giving us the fast talking, quip cracking, and occasionally amusingly awkward character that fans remember, while bringing a slightly more mature twist to the role, which, since this movie is happening a decade after the second one, is perfectly appropriate. Tommy Lee Jones brings his usual stoic abrasiveness to Agent K, playing the straight man to Smith’s Agent J, and doing it with the consistent excellence he brings to all his work, but the real gem of the movie is Josh Brolin as young Agent K. Brolin is pitch perfect as a young Agent K, he pulls of the intense, moody attitude we’ve come to expect from K, while infusing him with the guarded optimism of young professional in a serious job. The chemistry between Smith and Brolin just oozes out of the screen, and it makes you want to see them collaborate again, and soon. I was really impressed by Brolin in NO COUNTRY FOR OLD MEN, and now seeing him do comedy so well I will be keeping an eager eye out for what he does next. Rounding out the Men in Black side of the cast is Emma Thompson (STRANGER THAN FICTION) as Agent O. She replaces Agent Zed as head of the Men In Black and does a great job coming off completely serious while doing some ridiculous things. On the bad guy side of things we have Jemaine Clement as Boris the Animal. I haven’t seen much of Clement’s work outside of the odd episode of THE FLIGHT OF THE CONCHORDS, but he plays the arrogant, sadistic Boris perfectly. He comes off cold to others, amusing to himself (and the audience), and just the right kind of smarmy that you want in a comedic villain. A quick mention is also due Michael Stuhlbarg (BOARDWALK EMPIRE) who is remarkably loveable as a neurotic future-seeing alien. 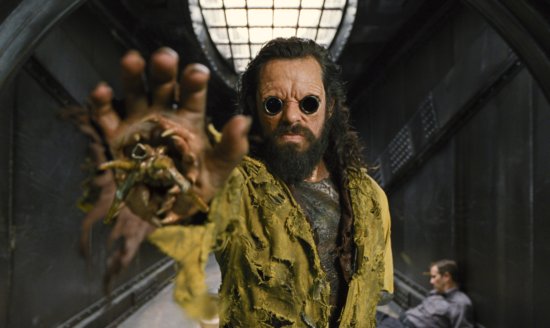 Despite all the positives of MEN IN BLACK 3, the movie seems like it is in the wrong time. It has all the loveable hallmarks of the franchise: celebrity cameos, kooky aliens, cool weapons and gadgets, and a fun, out of this world plot, but none of it seems to resonate the way it did ten years ago. Now this very well could be because I am ten years older and may not be approaching the film the same way I approached the original, but I don’t think I will be the lone member of the original fan base who feels like this movie is more than a couple of years too late. I also had a few annoyances with the plot, mainly steaming from the time traveling aspect of the film. I think a majority of this is because I have watched and read a sizable amount of time traveling stories and tend to over think paradoxes and other disastrous results of time travel; so if that’s the kind of thing you don’t dwell on, you shouldn’t have any issues. In spite of that, I definitely enjoyed MEN IN BLACK 3, and far more so than the second Men in Black movie; I have always been a very big fan of the original MEN IN BLACK, but I thought the first sequel was a bit dialed in and had a few too many cheap laughs for my taste. This movie felt like it was somewhere between the first two stylistically, and I think fans will be pleased with it.

MEN IN BLACK 3 isn’t going to be the most memorable movie of the summer, but the actors will keep you well entertained, the visuals will keep your eyes popping, and the story will keep you chuckling the whole way through. So if you are a long time Men in Black fan, or you just want to go see a really fun summer movie, check out MEN IN BLACK 3.