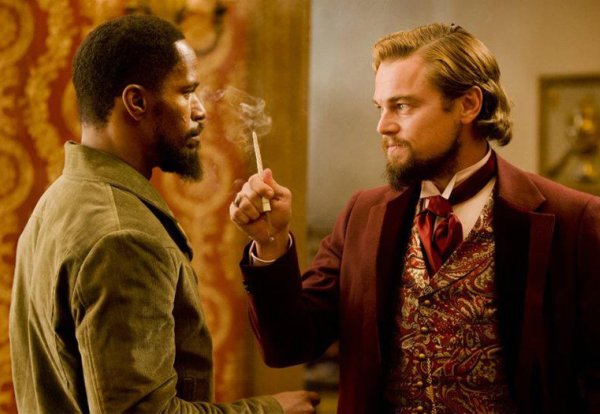 Back in April, we got to see the first official poster and plot synopsis for Quentin Tarantino’s (PULP FICTION) latest film DJANGO UNCHAINED. Today we get out first official look at the movie with this brand new trailer!

If you read the official plot synopsis in our previous post then you realize that this film is filled to the brim with noteworthy actors making appearances. This new trailer mainly sets up the tone of the film and features the characters portrayed by Jamie Foxx (MIAMI VICE), Christoph Waltz (INGLORIOUS BASTERDS), and the always amazing Leonardo DiCaprio (TITANIC) who seems to be having a blast with his role as Calvin Candie who runs a plantation that forces slaves battle each other for sport.

In a nutshell, this trailer has classic Tarantino written all over it and is brimming with his style. You can count on me being there opening day to see how he handles the spaghetti western genre. Cool stuff!